Doctor Who: Point of Entry review 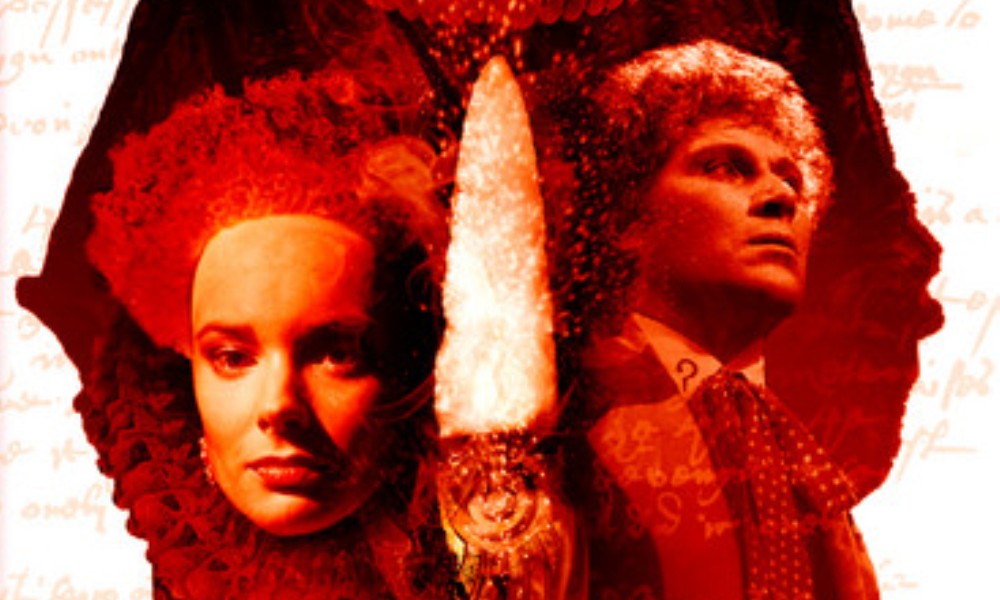 Kit Marlowe has writer’s block. He also has a strange visitor – a Spaniard who promises him all the inspiration he could ever need to finish Faustus if only Marlowe can help him obtain a stone knife that is among the Queen’s treasures from the New World.

Meanwhile, the Doctor hadn’t planned on interrupting his and Peri’s tour of rogue asteroids until one – wildly out of place even for a rogue and emitting a strange sound – forces him to land in Elizabethan England. It’s a place and time that are barely safer than space: In minutes, they find a dung-covered, tongueless man in the stocks. Walsingham is quick to use the rack in defense of his realm. There is a strange roaring noise in the air that inspires people to become even more violent. And if that wasn’t bad enough, someone is re-enacting the sacrifices to Quetzalcoatl.

Yes, Clegg and Platt have built a story blending aliens, Philip Marlowe, and Quetzalcoatl. Points for ambition – they do actually make it work, if you sum the entire plot up in one sentence. The problem is, it only makes a lot of sense if you sum the entire plot up in one sentence. Stretching it out to a two-hour audio involves throwing in even more random elements and collecting a bizarre cast of characters. In addition to the known historical figures, there is the walking and occasionally rotting corpse (Luis Soto sounds rather amused about this in the CD Extras), a landlady who serves as a exposition factory and one-woman Greek chorus, and a Spanish dwarf distractingly named Iguano. (Although thinking of lizards probably isn’t that distracting when there’s someone in the story thinking of divine feathered snakes.)

The Lost Stories have been a combination of hit and miss, and Point of Entry is a particularly strange miss. All of the elements are there, but they never entirely gel into a smooth story, much less an engaging one. In many cases it seems to be filled with gore for gore’s sake. Bryant refers to it as “dark”, but it’s really just bloodstained. Big Finish has released several other stories that deliver a true sense of terror.