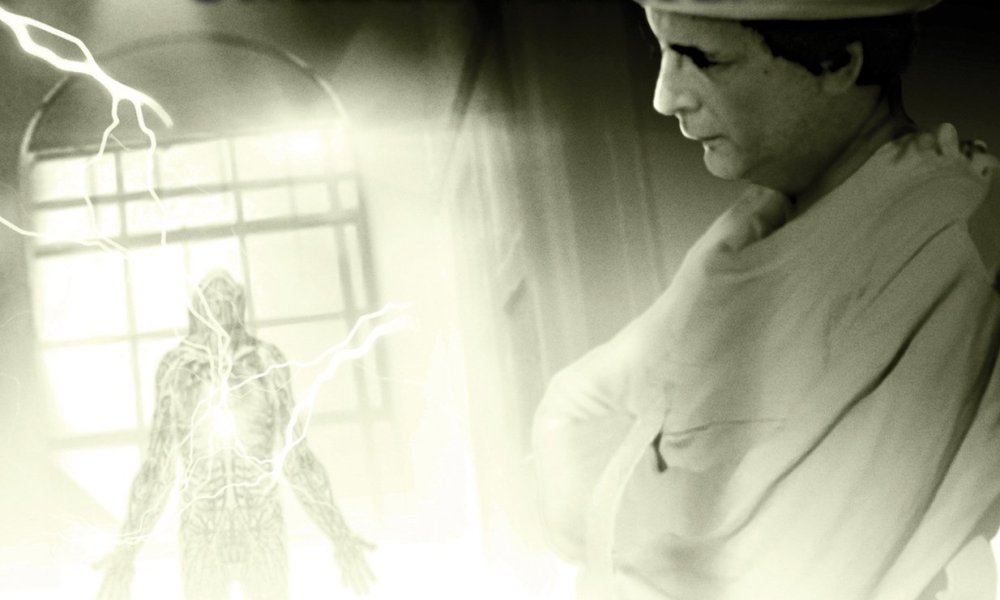 A new Doctor, half mad with regeneration and trying to figure out his identity; parts of buildings that aren’t there; the TARDIS showing self-awareness; and a companion and friend trying to make sense of all the madness… no, it’s not The Eleventh Hour, it’s Big Finish’s Seventh Doctor adventure Unregenerate!.

This is one that takes a couple of listens to work out, because the first quarter of the story is a scattershot of viewpoints: Mel, left behind, bored, and waiting. A Viennese ex-POW looking for work and being made a unique offer – his heart’s desire in return for leaving with the mysterious Louie on the day before his death. Professor Klyst’s even more mysterious series of experiments that always seem to end with their subjects suicidal and screaming. The story skips through history just as quickly. Now Sputnik has just launched; now we’re whenever Mel came from, now an unknown asylum at an indeterminate time; Rausch has just been approached; it’s a quarter-century later and Louie has come back to collect Rausch. These strobe flashes do eventually start to light up one picture – but well after an explanation would become a spoiler.

Mel’s friend, just credited as “the cabbie”, is a particularly colourful man. (He describes his past career as a “self-employed freelance bailiff and courier, sometimes interpersonal security work at public gatherings”. “Oh,” the unimpressed Mel replies, “you mean a bouncer who did debt collecting on the side.”) With Klyst and Louie talking elliptically about their project and the Doctor spending the vast majority of the audio wailing, moaning, or speaking nonsense, it’s Mel and Toby Longworth’s cabbie who provide much of the grounding and all the best lines. (He gets one muttered aside near the end of the story that is worth the price of the audio all on its own.)

This is one of the ones where it’s hard to give an objective recommendation because the audio is very subjective. If you like abstract, conspiracy-style stories like X-Files, Heroes, or Lost, then the subtle clues and deliberate confusion of the early parts of the stories will be exactly to your taste. If you think Mel got short shrift on TV, this is very much an audio for you. But if you’re a Sylvester McCoy fan, he gets possibly the least amount of air time in the cast, little of it coherent.

(It’s worth noting that Unregenerate! holds an interesting spot in the Big Finish timeline – as McIntee points out in his liner notes, he pitched it just as the New Who series on BBC was announced; by the time the audio was released, Christopher Eccleston had regenerated into David Tennant. Big Finish’s reign as the sole producer of non-print Doctor Who adventures was over.)