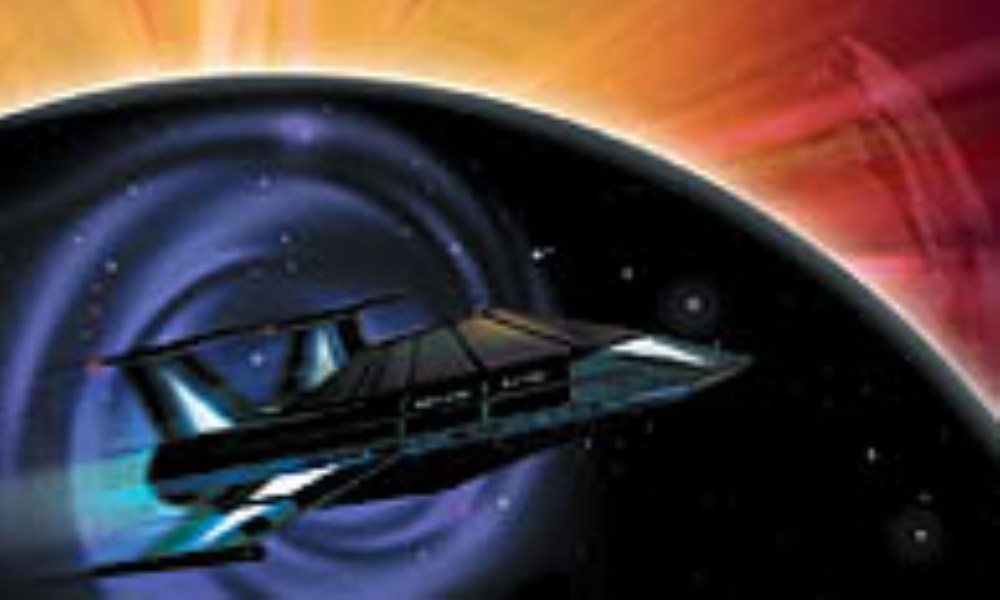 Welcome to Jolly Chronolidays, the tours that bring the past to life… only with catering and much better toilet facilities. The Fifth Doctor is on a space tour to the Sector of Forgotten Souls, where Omega destroyed a star to give his people the power to become Time Lords. The tour has been run fairly often, but this time out, things start going off the rails rather quickly. The actor playing Omega is peppered with more questions about his role in a soap opera than the history he’s learned, while the actor playing Tarpov is behaving as though everything is absolutely real… right down to his betrayal of and mutilation by Omega.

There are several familiar voices in this one. Tarpov is played by Conrad Westmaas, who will be adopted into the Big Finish canon in another year as C’rizz, companion to the Eight Doctor. More memorably, Ian Collier is back, reprising his role as Omega from the TV series.

It’s hard to say if this is a recommendable audio or not. On the plus side, the author is Nev Fountain, who cannot resist slipping in plenty of the off-the-wall humour that made his audio The Kingmaker so memorable: “Do you mean to say that your company risks the madness and death of innocents for the sake of a cheap holiday?” “Well, they’re just actors, you know.”

On the minus side, Omega is one of the audios that has been specifically anchored to a time and place. Big Finish put a lot of work into fitting it into both their own continuity (there are subtle hints about Zagreus, their fiftieth audio), and the TV show. The reason Collier was cast is that he played the Omega in Arc of Infinity, and this is a direct sequel – so direct that the resolution requires a knowledge of the TV show. (Fortunately, the source material is available on DVD in both Regions 1 and 2.)

The continuity means that for New Who fans, there’s the bittersweet realisation that Omega specifically references a Gallifreyan future that will be shattered in two years when Christopher Eccleston first tells Billie Piper to “Run for your life!”

If you’ve just seen Arc (or make plans to see it shortly) and are fond of crackfic, Omega is well worth a listen. But if you haven’t or you aren’t, then I can’t recommend digging this one out of the vaults when there are other Big Finish productions that are more timeless.