Doctor Who: The Emperor of Eternity review 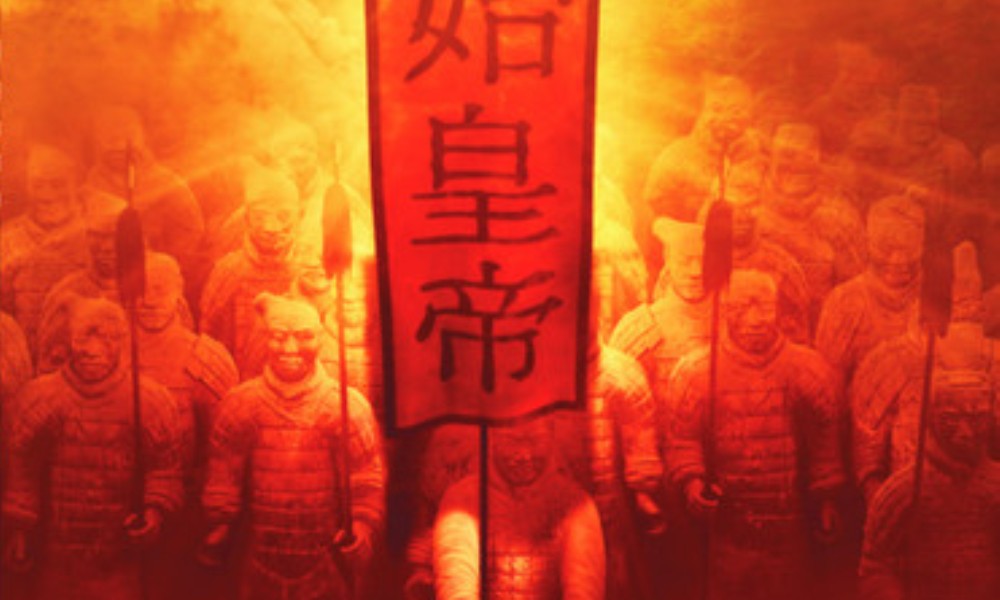 After last month’s The Suffering, this month gives us another “double-voiced” Companion Chronicle, featuring two actors who played companions on televised Doctor Who. This month’s is slightly different, though: there’s just one disc with two episodes, and there’s only one primary voice: Deborah Watling reprises the role of Victoria Waterfield here, with Frazer Hines joining as the guest voice on this instalment, as Jamie McCrimmon.

Nigel Robinson’s The Emperor of Eternity sees the TARDIS materialising in China in the third century BCE after a collision with a meteor – which strangely, we don’t get to see, but is rather reported to us after the fact. The TARDIS crew have more important things on their minds, though, as they discover that a nearby village has been massacred, and there are rumours circulating that the barbarians want to assassinate the emperor, Qin Shi Huang – and the villagers the TARDIS crew has encountered (from a non-massacred one, obviously) think that they’re barbarians, and they kind of have a point where Jamie’s concerned.

It’s a “pure” historical, and the story runs afoul of a trap lying in wait in this genre: not allowing the protagonists to do anything. The plot of this story could be summed up in about two sentences: the Doctor and his companions go to a city, there’s a cliffhanger, and then they come back. Nothing they do ever affects the course of events, and they play no role in the resolution of what little conundrum there is. The opening sets up this idea that the TARDIS crew was indirectly responsible for the village being massacred (they saw the “ill omen” of the meteor that bounced off the TARDIS, which the emperor wanted kept under wraps), but absolutely nothing was done with this idea after the first five minutes, so one wonders why it was even there.

Most of the first episode is spent sitting around in a village with people randomly being suspicious of other people, and just as randomly being argued out of it. The most egregious example of this is when Jamie convinces the villagers that a passing monk is a spy based on arbitrary circumstantial evidence. Which maybe Jamie would do, but I’m not sure that the Doctor would let him get away with it. There are some ostensibly exciting scenes as Victoria and Jamie work their way into the Imperial City, but Lisa Bowerman’s direction can’t overcome Robinson’s flatness of writing. The impossibly lame and implausibly unbelievable resolution to the cliffhanger doesn’t help.

The crux of the story has the dubious distinction of hanging around a “surprise” ending that’s obvious from the very beginning. This makes much of the audio drama pointless, because the listener knows what’s going on when the characters don’t, and the listener knows how everything will turn out pretty much exactly. The second half grows increasingly less interesting as it continues, and the story has less and less to do with our main characters and becomes more and more boring. There’s also a lot of preaching about forgiveness and putting an end to violence, which rings hollow as the Doctor and company are strangely selective about whose violence needs an end put to it: they protest strongly when a tyrannical emperor and his devious chief enforcer are in danger of death, but no-one bats an eye when a few people with legitimate grievances against the emperor are killed for daring to move against him. Sucks to be a commoner if you’re the Doctor, I guess. Also, why is Qin Shi Huang getting hold of the TARDIS even a threat? The Doctor frets he could spread his tyranny across time and space, but I think that tyranny is pretty well tied to existing political and social structures, and I don’t think he could really get up to much tyranny if he popped up in, say, twenty-first century rural Connecticut.

The peripheral characters, as in Nigel Robinson’s previous Companion Chronicle, The Stealers from Saiph, are banal at best, and indistinguishable at worst. The Doctor and Jamie fair slightly better, though I’m not really sure why Frazer Hines was even in this. Jamie has no more to do a second companion normally does in a Companion Chronicle, and I think he barely said a worthwhile word in the entire second half of Episode Two. Judging from the interview at the end of the disc, Hines wasn’t at the recording session, so I wonder if Hines’s reading of the lines was a late addition. In any case, having him play Jamie here was profoundly pointless.

Deborah Watling does a decent job – I quite like her Troughton – but she’s unable to help differentiate the myriad characters, and I got annoyed with the way her voice would rise in pitch abruptly whenever anything exciting was supposedly going on. Maybe that’s just the way she talks (it’s been so long since I last saw Tomb of the Cybermen that I don’t remember her character strongly), but I found it grating. Her performance is competent enough, but she was never one of the stronger companion actors, and she’s not capable of elevating such a lacklustre script.

The sound design on this one is pretty unimpressive: a lot of repetitive background noises and generic “Oriental” music to signal that we’re somewhere non-Western. Of course, the fact that Robinson writes ten-minute scenes where people just stand on a mountainside and talk about things doesn’t really provide a lot of room for interesting sounds.

Overall, this has the dubious distinction of the being the dullest and most frustrating Companion Chronicle I’ve heard thus far. As I listened to the CD, I was frequently groaning over “surprise” or “mysterious” moments that were no such thing to an intelligent listener, or sighing in frustration at scenes that went nowhere as characters did nothing. I guess the upshot of this was that by the time I was done, I felt like Qin really was the Emperor of Eternity.

The Emperor of Eternity (by Nigel Robinson; starring Frazer Hines, Deborah Watling) was released by Big Finish Productions in March 2010.