Doctor Who: The Architects of History review 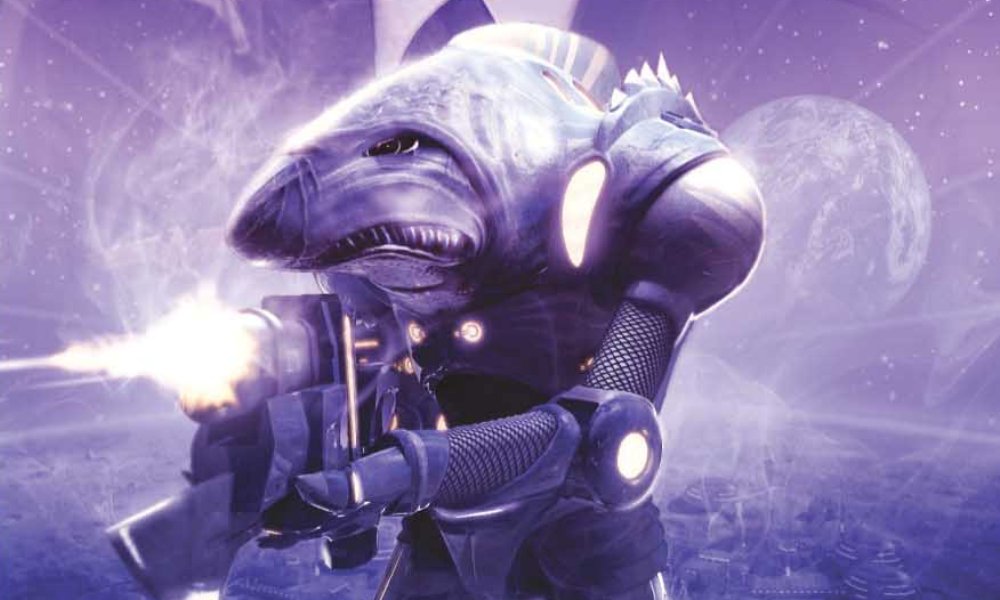 The Architects of History, the third and final instalment of the Klein trilogy, finds us some considerable time after the events at the end of Survival of the Fittest. Elizabeth Klein has stolen the TARDIS, leaving the Seventh Doctor stranded, and since then she’s been a very busy little bee indeed. Using her stolen space/time machine, Klein has managed to single-handedly engineer a Golden Age of fascism, and it is here that the story begins, on a human Moonbase in the year 2044.

Perhaps unsurprisingly, though, there are hairline fractures beneath the shining facade of Klein’s Galactic Reich. The peace and prosperity are maintained by a series of time travel “sticking plasters”. Dalek invasion? Nip forward in history with the TARDIS, get some better weapons, then nip back and install them before the invasion can begin. Sontaran problem? Analyse the battles after they have been lost, then take the information and strategies back to the time when they can do the most good.

It’s a never-ending job for Klein and her officers, and she and the TARDIS are starting to show the strain. There’s no help to be had from the familiar prisoner held in the Moonbase’s cells, either. Despite continued interrogation, the TARDIS’s former owner is unwilling to offer up any useful information. He can’t even remember his previous meetings with Klein as the timelines continue to fluctuate and warp around him… or can he?

Writer Steve Lyons has a lot to live up to in this final story for Klein. He has populated his story with shark-like aliens from the days of the BBC novels, secondary characters who are far more than what they seem, and a level of darkness toward the end of the story which harks back to the days of the Virgin New Adventures.

The Architects of History is well-paced, and interesting enough to keep the listener engaged throughout. Sylvester McCoy and Tracey Childs (who plays Klein) continue to knock the ball out of the park with their excellent performances. They are joined by newcomers Lenora Crichlow (as Rachel Cooper) and Ian Hayles (as Sam Kirke), both of whom give great performances as seemingly minor characters who end up being central to the story. A side note: Crichlow is a newcomer to the Klein trilogy, but not to Doctor Who; sharp listeners may recognise her as Cheen from the 2007 televised episode Gridlock.

If there is any complaint to be made about Lyons’ story at all, it’s the aforementioned dark ending. Even with a final scene which is almost forcibly upbeat, this story is depressing, and says things about the character of the Doctor which some fans may not really want to hear. For some listeners, of course, this is not a turn-off; quite the reverse, in fact. For others, though – especially anyone who hated the Virgin New Adventures for their downbeat tone – it could be a deal-breaker.

The bottom line? The Architects of History is a terrific story which ties up the story of Elizabeth Klein beautifully… but it’s not for the faint of heart, or for young children.

The Architects of History (by Steve Lyons; starring Sylvester McCoy, Tracey Childs) was released by Big Finish Productions in March 2010.