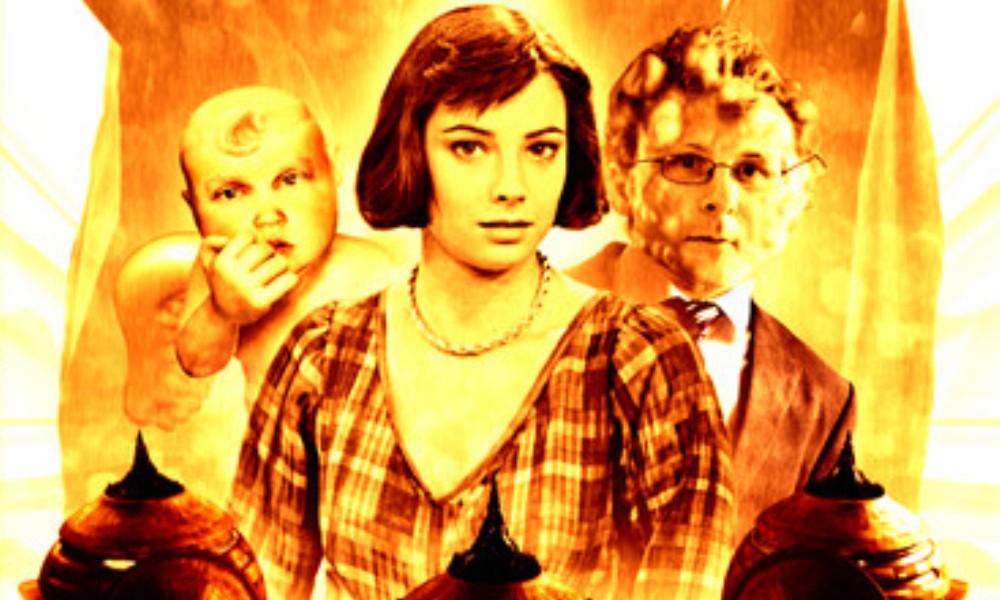 The first rule of any adventure film is that phrases like “What could ever go wrong?” are flagrantly punished. So when the Doctor defends his latest trip to an old friend as “He is the least likely person to attract interest from alien dictators, invasion fleets, or malign conquerors… I promise you that we will have a wonderful and relaxing time in his company… Trust me… nothing could go wrong,” we all know that he and Peri are triply damned. And damned is a good phrase for this adventure, just as Paradise is a good name for this story where elohim and cherubim float high over a planet of churning lava.

Targus Delta is paradise only for economists; it is a planet-wide Wall Street. But the Doctor’s workaholic friend Albrecht took a sudden vacation to Paradise 5, the pleasure satellite orbiting Targus Beta, and he never returned. Instantly suspicious but not wanting to raise comment by simply arriving at the satellite in the TARDIS, the Doctor sends Peri to Paradise 5 undercover as a hostess while he stows away. Peri finds that the station is very exclusive; only five or six guests are served at a time, and all of the menial work is done by a slave race that looks like (and is called) the Cherubim. They can’t speak… but when the Doctor sneaks out, one of them writes “Beware the Elohim” in the dust.

Considering that the show is nominally about time travel, the best Doctor Who stories are timeless. They work because they could happen to any Doctor – they aren’t a product of the era in which they were written, nor are they merely a puzzle piece in a master plan. Paradise 5 is one of those stories. It’s a good, solid adventure that works as well in audio as it would in video. (Probably better in audio considering the special effects budget of the time.)

Unlike several others in the Lost Stories series, it doesn’t rely on knowledge of other episodes or characters, nor is it mired in 1980s-era technology or attitudes. But although it is built on the most basic of Doctor Who plots – disappearing people, dodgy technology, and (of course) evil aliens – there are enough twists to keep it from being a paint-by-numbers plot. This is a story that it would have been a shame to have left lost.