Doctor Who and the Pirates, or the Lass that Lost a Sailor review 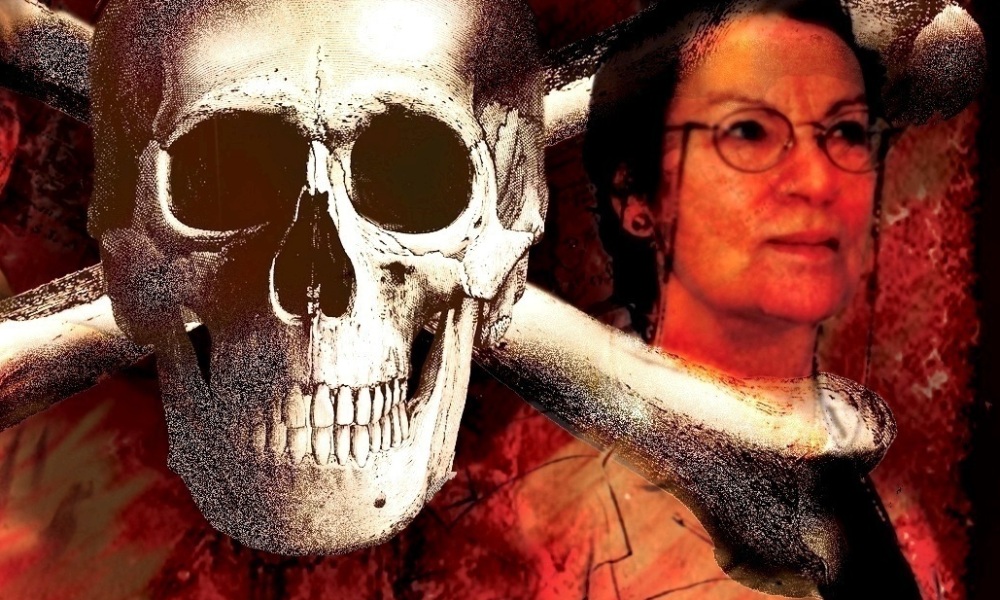 Primarily famous for Colin Baker’s rendition of I am the Very Model of a Gallifreyan Buccaneer, Doctor Who and the Pirates is one of Big Finish’s most humorous adventures.

Yet it’s so much more than that.

Evelyn shows up unannounced at one of her student’s flats with chocolate cake and promises of a tall tale. The flustered Sally, who thought her former teacher was on holiday, isn’t particularly glad to see her – especially when Evelyn launches into a long and rambling pirate story that she isn’t telling very well. “You’re doing the same voice for all the sailors!” Sally finally bursts out, “and the dialogue is totally over the top as well as anachronistic. You’re just rehearsing a load of pirate cliches. It’s not real! It’s not even realistic!” To Sally’s frustrated horror, the Doctor arrives, helps himself to chocolate cake and tea, and continues, despite her attempts to get both unwanted visitors out of her flat. But anyone expecting pure silliness will get a jolt. After all, real pirates don’t sing and dance, and Captain Red Jasper is quite, quite insane.

Evelyn is telling the story in as upbeat a manner as she can because there’s something she’s trying very hard to avoid admitting. And Sally has a terrible secret as well; the Doctor and Evelyn are preventing her from doing the only thing she can do, considering her circumstances. Hints of their despair keep showing through the cracks, although the reasons for their sorrows (and the reason why the Doctor and Evelyn are putting on this nautical show) won’t be known until the end.

The sadness under the silliness leavens the story, keeping it from being one-dimensional and putting some teeth to the tale. On the other hand, the rampant ridiculousness is going to make anyone laugh no matter how often they listen, such as when Evelyn runs out of names to give her pirates and staffs the ship with literary characters – not to mention the Gilbert and Sullivan portion of the plot. The two sides keep each other in balance, which is why Doctor Who and the Pirates rates high when many people list their favourite Big Finish audios.

But if for no other reason, you really have got to hear I am the Very Model of a Gallifreyan Buccaneer.

Doctor Who and the Pirates, or the Lass that Lost a Sailor (by Jacqueline Rayner; starring Colin Baker, Maggie Stables) was released by Big Finish Productions in April 2003.