Doctor Who: The Hollows of Time review 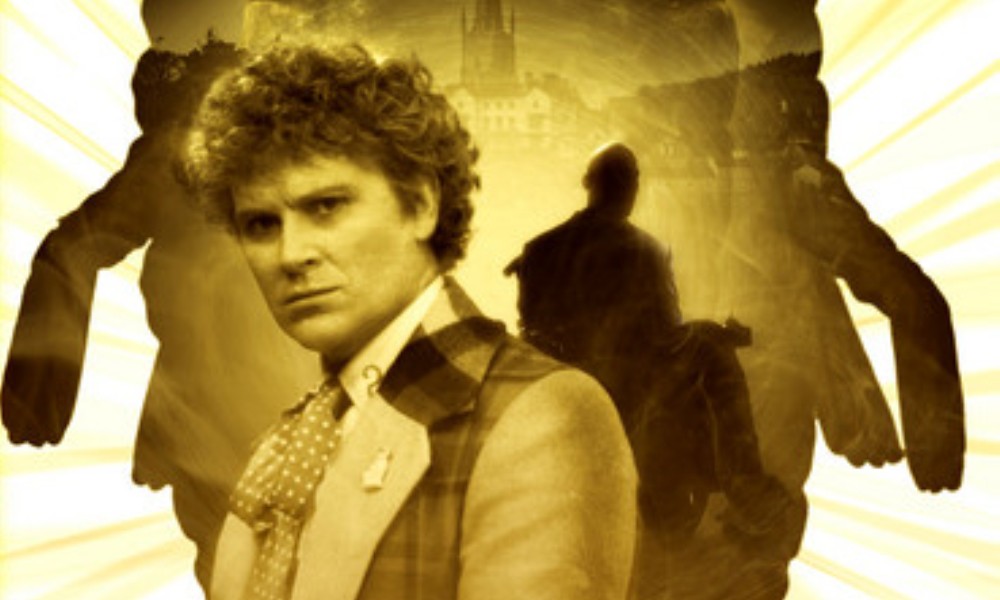 “I can’t say that was much of a holiday,” Peri complains, rightfully. Not only did a quiet visit to a friend turn into an alien mess, neither she nor the Doctor seems to remember precisely what happened. His intent had been to stop off at Hollowdean to see his old friend Reverend “Foxy” Foxwell, who had worked with Turing on artificial intelligence. Also appearing out of the blue is Foxy’s Bletchley Park co-worker and nemesis, Professor Stream, an electronics genius turned guru. Despite their differences, Foxy and Stream are working on a super-secret project that is about to be tested for the first time.

Add in anomalies about Hollowdean that ripple the Vortex, a mysterious chauffer, and a small boy who claims that he’s seen sand creatures (he has a paper-mache mask and scale to prove it) and it’s obvious that there are plenty of things in Hollowdean for the Doctor to investigate. If only he could think clearly…

In this unusual Lost Story, the listener picks up after the story has ended and the Doctor and Peri are retelling it to each other because of the Doctor’s mental lapses. It makes for a lot of redundant exposition, made worse by a rocky translation from visual media to aural. The character’s aren’t just telling each other what they’ve done, they also spend a lot of time describing what they’re seeing – so much time that it’s even mentioned on the CD Extra interviews. All this excess verbiage drags down and complicates a fairly basic Doctor Who adventure, and yet with all of those words, major portions of the storyline either happen “offscreen” (when either the Doctor or Peri is not there to witness it and thus can only make guesses while they talk about it) or isn’t ever explained at all.

Bidmead feels that this adds an air of mystery. I feel that it turns Hollows of Time into much sound and fury signifying nothing.

And that’s a pity, because underneath all that baggage is what sounded like a solid story. Although written to be contemporaneous, the time-travel aspect of Who is beautifully strengthened by these 20-year-old glimpses into antique cutting edge science, when artificial intelligence mostly meant “basic voice control” and materials were limited.

On the other hand, it sounds like audio talent is also being limited. Once again, a small boy is being unconvincingly voiced by a grown woman, and when Simon has that many lines, it’s a major detraction from the listening experience. Neither the best nor the worst that the Lost Stories line has offered so far, The Hollows of Time is for listeners with a high tolerance for exposition and nonlinear storytelling.