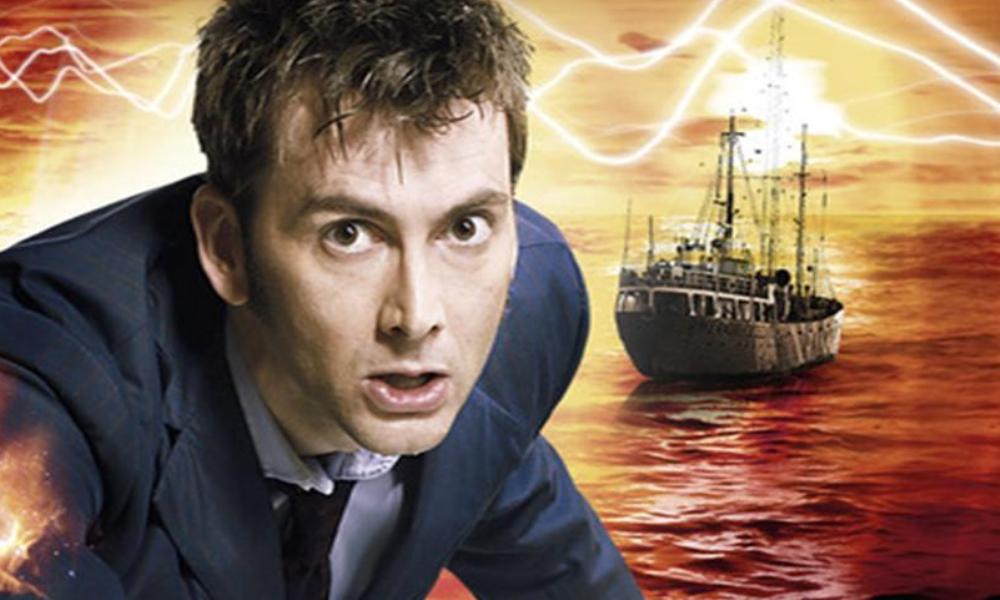 “If you can hear this, one of us is about to die.”

For your listening pleasure, the BBC has rescued and enhanced an old tape, which will now be broadcast as part of a historical experience. The past, in its own words.

A small, battered ship sits in international waters off the English coast, broadcasting the pirate station Radio Bravo in the days before the BBC allowed pop music on official airwaves. All they want to do is be heard. Then the Doctor arrives, determined at all costs to do one thing – shut down transmission permanently. It’s not the music he objects to – it’s the Hush, an alien weapon that feeds on sound, destroying whatever made the noise. It was fading as it fell to Earth, but if it can boost the signal and transmit itself off the ship, it will grow until it kills everyone in the world.

Dead Air is unusual in several respects. It’s Tennant’s second “post-Doctoral” audio (why it was released after the regeneration is unknown). Instead of Tennant acting out the story as it unfolds, the Doctor is directly telling the listener what happened after the fact. It’s extremely dark – it would almost suit Torchwood as opposed to Doctor Who. It’s also half the length of the usual audio adventure, being only one hour long – the length of the BBC Sarah Jane Adventures audio-only stories or the Torchwood radio plays instead of the previous two-CD Doctor Who stories.

None of these are drawbacks, though. The short format works in its favour – none of the story is padded or dragging, and Doctor Who is at its best when it’s gothic. Goss has essentially provided a locked-room mystery with overtones of ghost stories – the silent killer lurking in the ship, the voices that may be people calling for help or traps set by the Hush. The atmosphere is heightened by random bursts of sound and sound quality variations to emphasise the monster and give the impression of an old, archived broadcast. If you like your stories spooky, Dead Air is a must-listen.

Dead Air (by James Goss; starring David Tennant) will be released by BBC Audio in March 2010.