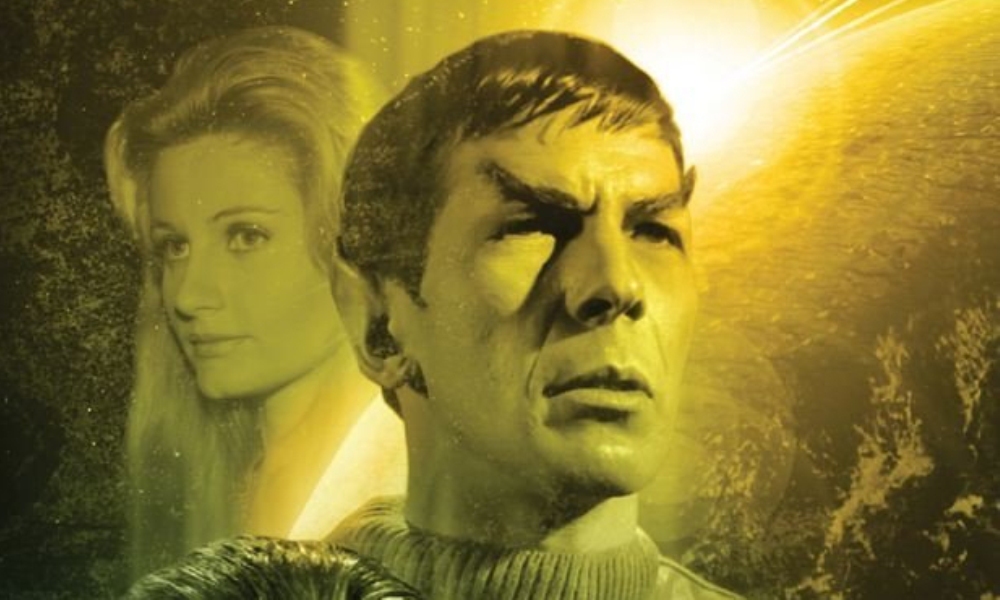 Inception, written by S.D. Perry and Britta Dennison, is set before The Original Series and follows the early relationships of Kirk and Spock with Carol Marcus and Leila Kalomi respectively. While Kirk is serving as first officer of the U.S.S. Mizuki he also has a long-distance relationship with biologist Carol Marcus who is about to start a terraforming project on Mars. Spock, already Enterprise’s science officer, is on Earth when he meets the young botanist Leila Kalomi, who is immediately drawn to the enigmatic Vulcan and soon becomes part of Marcus’ project “Inception”. But their experiment is not without adversaries – environmentalists oppose their plan to terraform on Mars, so when a fundamental splinter group sabotages the experiment all four characters have to play a part to prevent disaster.

To be honest, I have a hard time rating this novel, because I don’t think I’m part of the target audience of Inception. This novel very much focusses on the love lives of the four protagonists, at the cost of a real plot, and it’s pretty much a Star Trek “chick lit” novel. The romance parts aren’t written badly, but my main problem is that they’re so much in the spotlight that the plot about the environmentalists becomes little more than a framing device. I have nothing against adding romance into the spectrum of Trek literature, but if it is done I would prefer that it’s actually combined with a strong Star Trek-related side plot. What is especially disappointing here is that there doesn’t seem to be a good reason to sideline the environmentalist plot so much, since the novel is one of the shortest Star Trek novels of recent years (288 pages with an unusually big font size), and certainly would have benefited from some additional meat on its bones.

The character work for the four main characters is actually quite decent; Perry and Dennison capture them very well and include them in the romance plot without it feeling too corny or like fan-fiction. For example, we don’t have a Spock suddenly falling in love with a woman, but a Spock still not fully accustomed to human mating rituals stumbling into a young woman who just broke up with her boyfriend and mistakes Spock’s politeness and interest in her work for something more. The Marcus-Kirk parts are also written very well, and take an interesting look at the difficulties of a long-distance relationship between two career-driven people and shows us a nice look on a young upstarting Kirk, already showing the traits of a good leader of men. The leader of the moderate environmentalists is one of the only original characters who really gets some interesting back-story, but he sadly doesn’t really evolve beyond being a tool to move the bit of plot there is forward – another reason why it is disappointing that the environmentalist plot wasn’t a bigger part of the novel.

Overall Inception is only an average novel for those who search for an all-in-one book combining character work, world building and a strong plot, simply because it focusses too much on only one part of a truly good novel – character work – further limiting itself to mostly romance-related stuff. For readers interested in this kind of fiction, Inception might be a novel to take a look at, but for me it was a slightly disappointing reading experience in the end.

Inception (by S.D. Perry and Britta Burdett Dennison) was released by Pocket Books in February 2010.