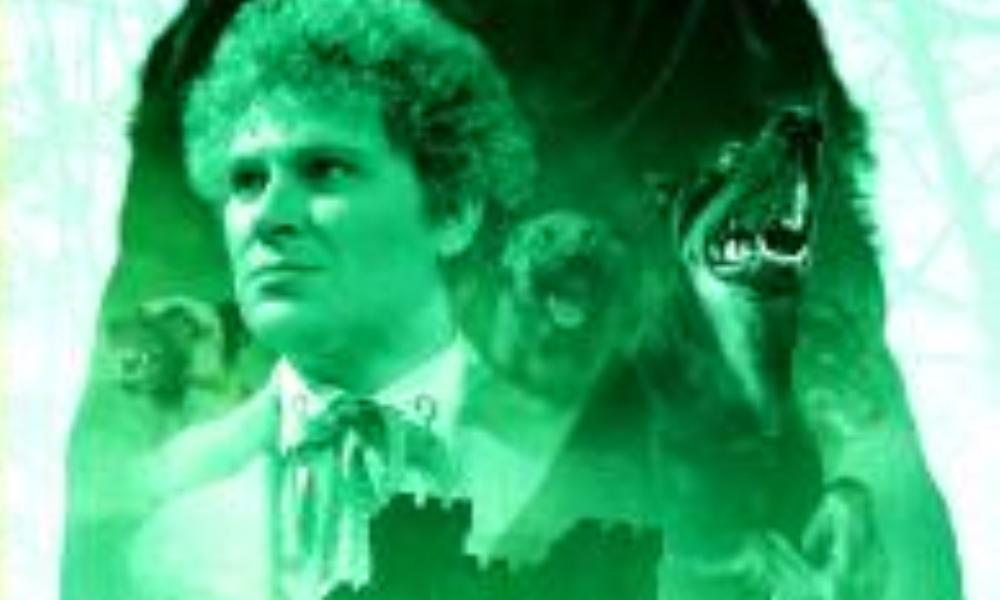 Modern people tend to think of the Dark Ages as a time of myth and legend, but the legends are terrifyingly real as the TARDIS lands just in time to see a skull-faced, horn-crowned monster leading a pack of hunting dogs against a terrified peasant boy. His name is Gurth, and it is his time. In this village, when the baron says it is your time, you either turn yourself over to his soldiers in the castle or Herne the Hunter is sent after you. It’s the Way. You will never be seen again. A few of the children have run away and are living in the woods to avoid that fate, but they have no supporters among the villagers. They are the Pariah, and anyone loyal to the Baron – even members of their own families – will turn them over for punishment.

Although Peri originally has trouble trying to convince the Doctor to interfere, his own natural curiosity starts to get the better of him. When a couple of Herne’s hounds were killed, why did they not bleed? If it’s truly the middle ages, why did the village priest offer him soft, white bread? Why can’t the baron name his own king… and who is the Zeron whose voice booms out across the castle? While the Doctor teases out the truth behind the anachronisms, the Pariah are gathering. It’s time for a peasant’s revolt, and they’re ready to kill anything that stands in the way of their ending the Way.

Leviathan is the first of the Lost Stories that was truly lost – there were no circulated scripts, no charity audios, no novelisations – and the end result is all the better for not being forced to be faithful to the different needs of other formats. In the CD Extras, Paul Finch talks about rewriting his father’s script to fit the needs of audio, and he is wildly successful – Leviathan is the first of the Lost Stories to really sound like a modern, fully realised Big Finish adventure.

And it is an adventure, full of running, shouting, even swordplay. Beyond the physical action, the story twists and turns significantly; all that can be said without spoilers is that things are not what they seem nor are they what they’ve been suggested to be. But everything rises naturally out of what we’ve been told while still being unexpected at the moment of revelation.

With its horror setup and mythical monster, Leviathan is a story very much in the vein of the audio Spectre of Lanyon Moor and the TV episodes Horror of Fang Rock and Stones of Blood. As such, it is an excellent listen not just for people rounding out their Sixth Doctor collections, but everyone who likes their classic Doctor stories gothic and action-packed.