Doctor Who: The Last Voyage review 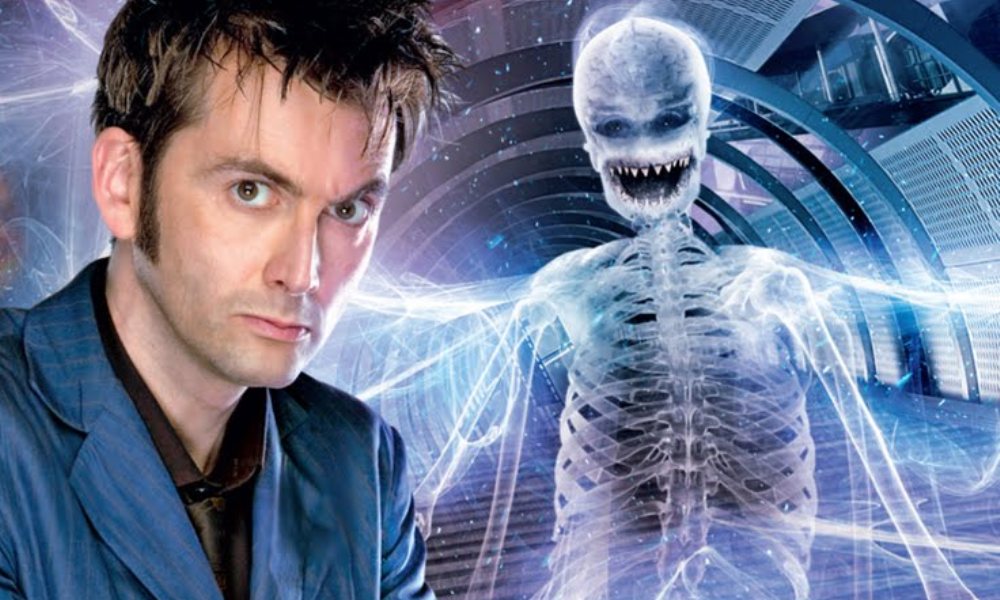 Sugar MacAuley might not like the scratchy uniform and the silly helmet, but she’s still thrilled to be a Comfort Mediator (executive flight attendant) on this particular flight. She, the crew, and all of the passengers had been chosen out of a lottery of millions to be on the maiden voyage of Novillina Corporation’s Interstitial Transposition Vehicle. Transposition is a novel technology invented by the famous Joseph Sterns Clackston, also on board. In his design, space moves around the ship, not the other way around, exponentially increasing flight speed. This voyage will take everyone from Earth to Eternity – the farthest outpost of the Empire – in a couple of hours instead of many months.

While down in the galley getting Mr. Clackston more champagne, Sugar sees an apparition starting to form in the middle of the air. That is bizarre enough, but things get much worse when the ship shudders as though it hit something. When Sugar climbs back to her feet, there are only a handful of people left out of hundreds. Everyone else has gone without a trace.  Most of the survivors panic. But not Sugar, and not the strange man who keeps discussing this voyage as though it had happened long ago. If they don’t do something quickly, the survivors will be on a journey to quite a different Eternity.

Technically the last of the Tenth Doctor adventures (it was released after the New Year regeneration episode), The Last Voyage is a solid, satisfying adventure in the classic Whovian style. Abnett introduces new plot points and revelations while building at a steady pace to a big climax. (Only one plot point is telegraphed, and it’s the only major misstep because one detail is mentioned so often that it’s obvious that it’s going to pay off later. When it eventually does, the listener’s reaction is less “oh, really?” and more “oh, finally!”.)

Tennant has always been a superb audio actor; both his Who and non-Who readings are well worth listening to. He brings his usual high energy and range to this final farewell, creating a distinct voice and delivery for all of the new characters. His best American accent is reserved for Sugar – but it has to be noted that his best American accent is noticeably not native.

Still, the drawbacks are minor and the enjoyment is huge. Last Voyage, with its popular narrator and its slam-bang style is a must-own for Tenth Doctor, Tennant, and Who fans.

The Last Voyage (by Dan Abnett; read by David Tennant) was released by BBC Audio in January 2010.