Doctor Who: Bernice Summerfield and the Criminal Code review 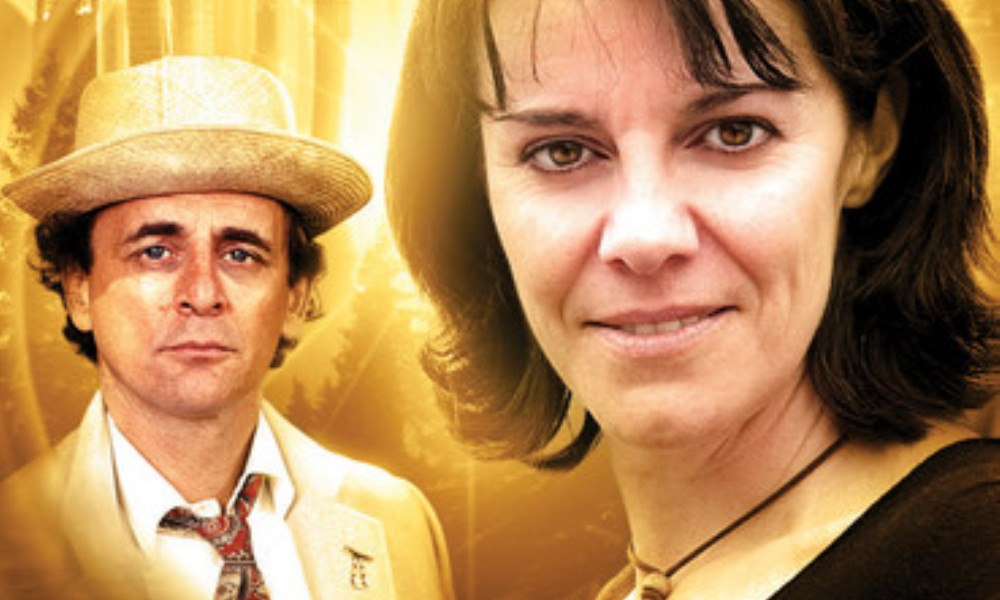 Though a few of the Companion Chronicles have featured characters who were not actually companions, Bernice Summerfield and the Criminal Code sets a new record for the series, as it is the first instalment to feature a narrator who never actually appeared on-screen. This adventure stars Lisa Bowerman, who has played the Seventh Doctor’s former companion Bernice Summerfield in a variety of adventures for Big Finish Productions since 1998. She’s only very rarely appeared in Doctor Who stories, however, so this story marks a rare opportunity.

The story is written by Eddie Robson, who was the producer of the Bernice Summerfield range for its ninth and tenth seasons, so obviously he knows Bernice. The Criminal Code sees her and the Doctor on the planet Shanquis – unfortunately at that oldest of science-fiction cliches, the utterly pivotal and precipitous negotiations between two powers on the verge of all-out war. But this half of the story is the Doctor’s bailiwick, and we of course follow Bernice instead. She is attending an academic conference on archaeology that happens to be unfolding at the same time.

Like many Companion Chronicles, this story suffers from a build-up too slow for its length. At the conference, Bernice learns of a mysterious ancient language that has been forbidden by the Shanquin government. This is pretty much all that has happened to her by the end of the first part, as she talks to various people about the language. Her interest in the language and in promoting its uncensoring is pretty sudden, but Bernice does have a habit of picking up the cause of the unjust from time to time. But the cliffhanger to the first episode does not even have something to do with the language plot, concerning instead what the Doctor’s doing in the part of the story we’re not experiencing.

Eventually, the two strands of the plot do connect when the Doctor and Bernice are reunited – and the Doctor manages to unravel the entire mystery of the forbidden language in a thoroughly unconvincing two minutes. One-and-a-half episodes of buildup provide no real answers, followed by all of them instantly, and through some strange leaps of deduction? It doesn’t really satisfy. And I found the uncovering of how the forbidden language’s backstory tied into the peace conference story flimsy in the extreme. It also creates a very weird structure for the story – Bernice’s subplot has entirely resolved itself, and the story feels like it’s coming to an end when the Doctor and Bernice decided to put an end to the Doctor’s storyline and hurriedly knock that one out of the way with a minimum of fuss. The two endings don’t really cohere. And though I initially thought that the explanation of what the forbidden language was to be quite neat, I didn’t buy the amount of power it seemed to give our characters, nor that Bernice would listen to the Doctor give a long piece of exposition about doing some translation only to exclaim at the end, “Oh, that must be the forbidden language!”

Speaking of long expository lumps, this story is full of them. Though I understand that some narration on who Bernice is could be needed for an audience who is unfamiliar with her, I doubt that the nuances of how exactly her tenure with the Doctor overlapped with Ace’s was actually needed. The worst offender in this regard, however, is the character of Gatlin. Charlie Hayes might be a good actress, but you wouldn’t ever be able to tell from this material, where she usually appears to just deliver gigantic chunks of exposition to Bernice about the Shanquin/Esorian war or the forbidden language, and then disappears until the next bit is needed. The end of the story acts like they created some sort of strong friendship, but I don’t know if anyone could actually be friends with a person whose sole purpose was to constantly relate backstory. The extras (as well as Simon Guerrier’s Bernice Summerfield: The Inside Story) reveal that the character actually being voice by another actress was a late addition to the story, and it shows.

Lisa Bowerman has been playing Bernice on audio for over ten years now, so there’s no problems on that front – and as the usual director for the Companion Chronicles, she has the narrating format spot-on. Bowerman is Bernice, and this story ably demonstrates why. Unfortunately, despite being written by Robson, it lacks some of that Bernice sparkle; she feels somewhat generic as a character, without that cutting attitude Bernice brings with her in times of adversity.

The slow movement and sudden resolution of the Bernice plot and the jarring addition of the cliche Doctor plot mean that Bernice Summerfield and the Criminal Code never engages the listener, and though Bowerman is her usually brilliant self, neither she nor Hayes have strong material to work with. Bowerman and director John Ainsworth opine on the extras that they hope this story will attract more listeners to the Bernice Summerfield range, but it’s hard to believe that it actually will after this uninvolving outing.

Bernice Summerfield and the Criminal Code (by Eddie Robson; starring Lisa Bowerman) was released by Big Finish Productions in January 2010.

Bernice SummerfieldDoctor Who
by Steve Mollmann
Leave a comment