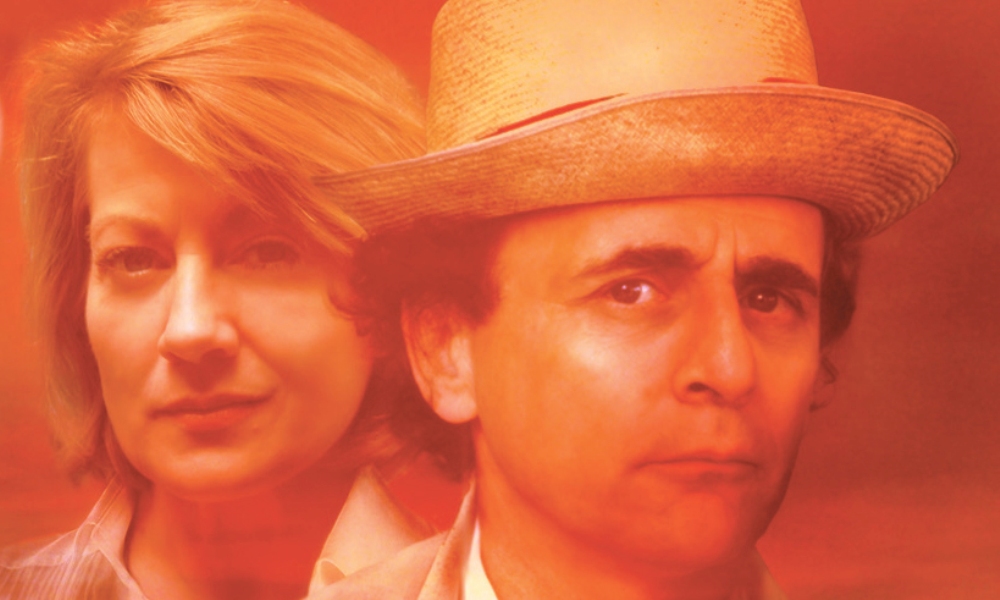 In 1950s Kenya, a group of women shelter in a remote farmhouse during the Mau Mau uprising, hoping to escape the violence until the British Army arrives to restore order. One of these women, Doctor Elizabeth Klein, recognises the small man in the linen suit with the fedora and strange umbrella immediately when he shows up at their door. She and the Seventh Doctor share a history, you see. During the events of the Big Finish audio Colditz, the Doctor erased her timeline and left her stranded in 1944, in a history not her own. Their present meeting promises to be just as eventful when other members of the impromptu household start dying, accompanied by the sound of a thousand tiny wings.

In A Thousand Tiny Wings, Andy Lane does a superb job of writing characters who combine the best and worst traits of humanity; neither fully good nor fully evil. Notable are Mrs Sylvia O’Donnell, brilliantly brought to audio life by the talented Ann Bell, who is impossible to dislike despite holding truly appalling opinions about race and imperialism. And, of course, Doctor Klein.

Elizabeth Klein is a fascinating character. In a world of one-dimensional, Indiana Jones-style Nazi characters, Klein is a rational woman who wants things that rational people want: things like law and order, scientific advancement, and trains that run on time. Her belief that fascism is the best way to achieve these reasonable goals, and that there were as many fanatical and evil people on the British side as on the Nazi side during World War II, is uncomfortable for the listener, and her interactions with the borderline anarchist character of the Doctor are riveting. Really, to find this level of philosophical give and take in a Doctor Who audio is refreshing and very, very welcome.

If the script of A Thousand Tiny Wings falls down anywhere, it’s in the slightly heavy-handed parallels between the Mau Mau uprising and the winged menace in the jungle which is picking off the women one by one. However, given that the vast majority of listeners will be listening with the ear of someone seeking to be entertained, not with the ear of a literary critic, that’s a small point in the grand scheme of things.

Because when it comes to entertainment, A Thousand Tiny Wings is one of the best Big Finish releases in recent months. Well-written, well-acted, and well-designed, it will keep you interested every step of the way.