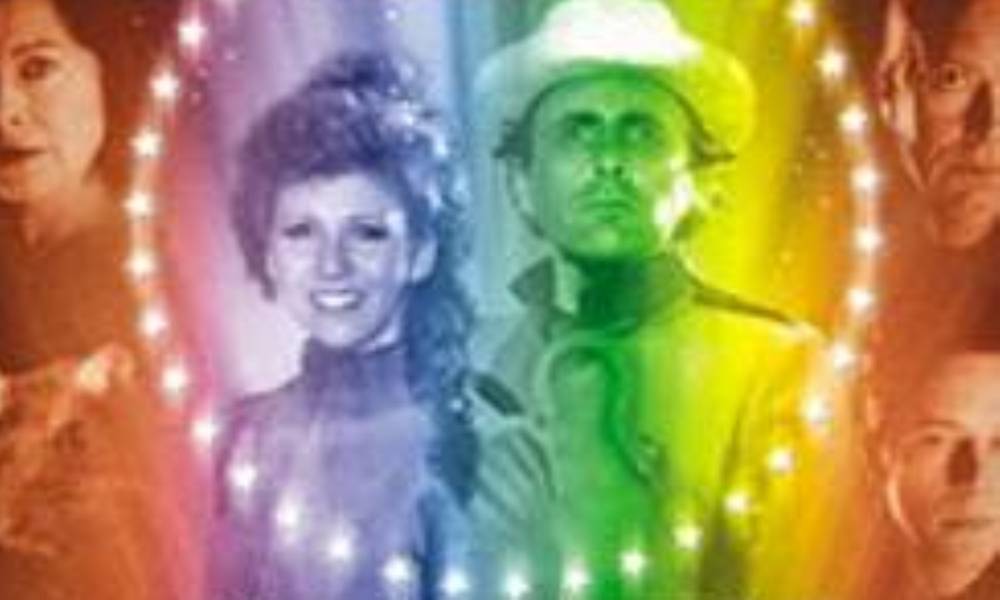 “The entrants are just entering Dark Space 8, and the excitement’s bearable.”

The announcer corrects himself immediately, but there’s no hiding that Dark Space 8 (yes, that is the first of many “count the Star Trek references”) has fallen a long way since the glory days. Other space stations are getting to host alien embassies or peace conferences. This one is stuck hosting the Intergalactic Song Contest. The closest thing to excitement expected by the crew is the arrival of the new commander. Moments before the shuttle arrives, sensors pick up an odd “fluctuating buildup of chronon energy” – right as the shuttle explodes.

Mistaken for the commander and his pilot, the Doctor and Mel have to try to fit in until the TARDIS is recovered from the shuttle’s debris. The job isn’t as simple as it sounds: not only are all of the artists on edge, but two of them are from warring worlds and would be more than happy to make the fight personal. Certainly they’re quick to start blaming each other when the peace conference is attacked and people start dying on Deep Space 8.

The only thing that stops Bang-Bang-a-Boom! from being completely hilarious is that it tries too hard to be funny. The jokes aren’t just delivered, they’re hammered home – there’s a musical “Dum, dum, DUM!” after each repeat of “Doctor, she/he/it’s dead!” for example. The detailed Star Trek references eventually become distracting. Yes, there’s a lot to tease about Trek, but this is supposed to be an episode of Doctor Who – even if it’s set during the self-parody season when the Seventh Doctor was at his spoon-playing, proverb-mangling campiest.

Buried beneath all of the silliness is a surprisingly solid whodunnit mystery, with plenty of suspects, a surfeit of motives, a heaping helping of red herrings, a couple of conspiracies, and even a false identity or two. Clues, – fake, real, and misinterpreted – are dropped effortlessly through the story, clues which (if the listener is so inclined) can be used to try to solve the crime, although the actual perpetrator is not that easy to guess. I wish Roberts and Hickman had focussed a little more on the mystery and less on outright silliness.

In the end, Bang-Bang-a-Boom! is humorous and it’s surprisingly worth it for mystery buffs. But it’s not as funny (or as mysterious) as other Big Finish productions that don’t try so hard.