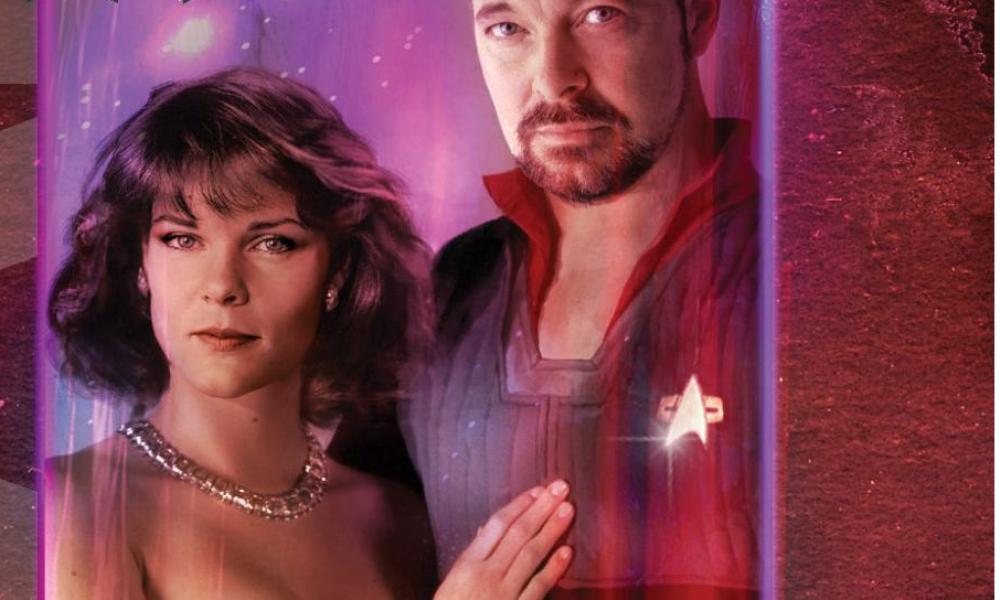 Synthesis is the sixth novel in the Star Trek: Titan series, and the first Titan novel written by James Swallow. Still feeling the after-effects of the events of the Star Trek Destiny trilogy, the crew of the Starship Titan encounters an area of space entirely populated by artificial intelligences. When they rescue one of the AIs, it decides to free the Titan’s “enslaved” computer. When the ship develops self-awareness the crew of the Titan has not only to deal with the Null – a mindless entity threatening all life, artificial or not – but also with their own doubts and fears over whether they can still trust their ship.

James Swallow skilfully combines the exploration theme of the Titan’s mission profile with enough action to never lose the reader’s attention. The AIs in this novel are certainly far from being the first ones we have encountered in Star Trek, but Swallow makes them unique enough to make them stand out, so the possibility of one of them joining the crew is an interesting prospect. The involvement of the Titan as a character was an intriguing concept for one novel, but I think it was the right decision to limit “her” involvement to this novel and have White-Blue stay on board instead. I do hope that future novels explain in more detail why it isn’t set out to free the Titan’s computer anymore, though. The plot about the Null itself is somewhat mundane, but ultimately I think it does what it is supposed to do: give the Titan and the AI a common enemy and the Titan crew the chance to “prove” themselves to them, beside providing the more action-oriented scenes of the novel.

One could argue that the characterisations are somewhat off, especially in comparison with the novel’s direct predecessor, but in my opinion that actually has as much to do with Over a Torrent Sea as it has to do with this novel. Where James Swallow has maybe overdone it a little with the paranoia of the characters, Christopher L. Bennett’s novel was maybe lacking some emotional aftermath for the characters after Destiny so that the characters seem more out of synch than they really are. The only character I really think was too much out of character is Tuvok; I just don’t really see him as part of the little “conspiracy” developing means to fight the AI behind Riker’s (and Titan’s) back. Like in Over a Torrent Sea, we don’t get as much character growth for the Titan crew as I would have liked, but there are some nice scenes – for example between Torvig and the Titan’s avatar.

Overall Synthesis is a good novel with a somewhat dark undertone, but an ultimately hopeful ending. It’s maybe not a pure “go boldly” as to some extent implied in the Titan’s mission profile, but it contains enough of that to stay true to the concept, while still acknowledging the post-Destiny sensitivities of the Starfleet personnel.

Synthesis (by James Swallow) was released by Pocket Books in November 2009.