Iris Wildthyme and the Land of Wonder review 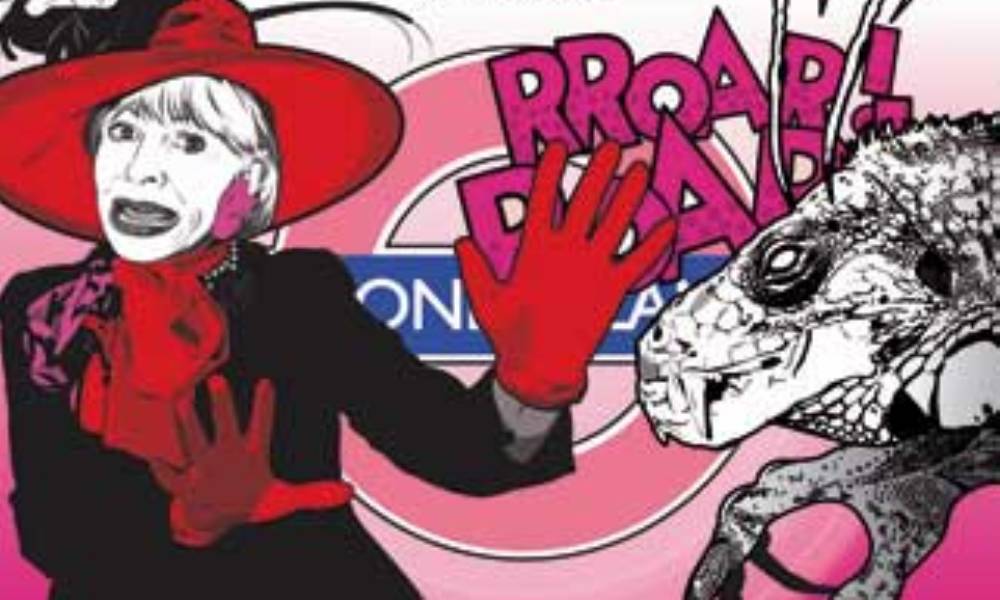 Who do you call when a White Rabbit and a Mock Turtle are discovered in an amazing Victorian vehicle underneath a London railway station? Why, you call Iris Wildthyme, of course!

Paul Magrs, Iris’s creator, returns to Big Finish to pen the Season Two Iris story, Land of Wonder, and if you’re looking for mind-bending meta, the shameless corruption of childhood institutions, and more outrageous one-liners than you can shake a Jabberwocky at, then – wahey! – you’ve come to the right place, chuck.

Season Two of the Iris Wildthyme audio series has set itself the goal of recreating the feel of a different era of Doctor Who in each episode, and Land of Wonder has taken aim at the Third Doctor’s “exile” storyline. Stranded on Earth in the 1970s by her mysterious people, the Clockworks, Iris has joined up with secret organisation MIAOW, the Ministry for Incursions and Ontological Wonders. When strange creatures from Wonderland are discovered in London, she and her polyester pal Panda are on the scene sharpish, in hopes that the rabbit hole to Wonderland may prove to be an escape from their unwanted exile. But what will MIAOW have to say about Iris’s plan, especially when they realise who’s in charge in Wonderland?

Magrs knows better than anyone that the power of the Iris Wildthyme stories is in their ability to blur the fourth wall (is there a fourth wall in audio?), and Land of Wonder does this admirably. This sort of thing only works when the actors can sell it, and Katy Manning and David Benson (who plays a two-foot tall sentient stuffed Panda, for crying out loud) deserve kudos for their enthusiastically and purposely over-the-top performances.

Frankly, the only time Land of Wonder flounders is when it becomes introspective, which thankfully isn’t often. It’s at its best when it’s ruthlessly destroying your fuzzy childhood memories of Alice in Wonderland. The 1970s Doctor Who pastiche works fairly well, too, following the parallels and then undermining them unexpectedly.

Sound design is simple but effective and the guest actors are uniformly excellent and memorable – understated acting would be anathema in this story.

Land of Wonder is a great listen, and perfect as a pick-me-up after a particularly long day at work. Highly recommended listening when you need a bit of inspired insanity.

Iris Wildthyme and the Land of Wonder (by Paul Magrs; starring Katy Manning) was released by Big Finish Productions in March 2009.