Doctor Who: Hive of Horror review 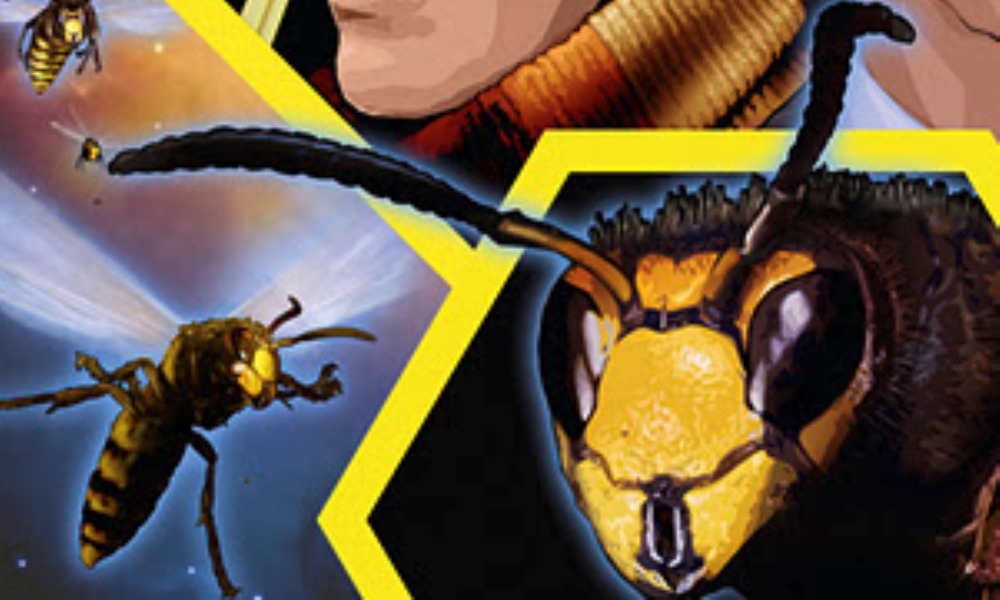 “So we’re all that stands between mankind and a horrible fate at the hands of insects.”

“They don’t have hands, Mike.”

At long last, storytime is over; the Doctor and Mike Yates finally emerge from the basement to take direct action against the alien hornet swarm. Using transdimensional technology from the TARDIS and a familiar ballet slipper (Yates had been using it to whack possessed bats in the basement), the Doctor is taking Yates and Wibbsey down into the hornet’s nest to face the queen on her own terms. But has he chosen his companions wisely? Wibbsey has been possessed before, and Yates once betrayed the Doctor and UNIT for what he believed to be a higher cause.

Although Richard Franklin was a substitute for the Brigadier (Nicholas Courtney became ill before recording), Yates proves to be a much better choice of character for the plot. The Brigadier has always been solid and true; it’s Yates who had a far more ambiguous background and so many regrets left from his actions in classic Who – his breakdown, his betrayal, the rejection of his friends. There’s much for the hornet queen to twist and feed upon – when it comes down to it, does Yates really trust the Doctor or would he be happier in the new world that he once thought he was building?

Baker, who had started so sleepily, has completely found his way back to the character we remember from the past – energetic, enthusiastic, egotistical, impulsive, and with that particular Fourth Doctor insanity. His solution is equal parts brilliance and bravado, as it was so often on TV – in fact, this particular instalment feels just like one of the old episodes. Fourth Doctor fans will be able to hear him just as he was, all teeth and curls and charisma as he presides triumphantly over his Christmas feast. (The Christmas part of the story – that feast, the Doctor mangling the lyrics to carols – enhance the December release date, but will prove distracting if anyone relistens to the seasonless story at any other time of the year.)

Overall, the Hornets’ Nest series has several flaws; Baker’s listless performance in the first instalment and the fact that the only real action happens in the first and fifth CDs. But in the end it is still worth it for Baker’s ultimately triumphant return to his most famous role. Hopefully there will be more to come.