Doctor Who: A Sting in the Tale review 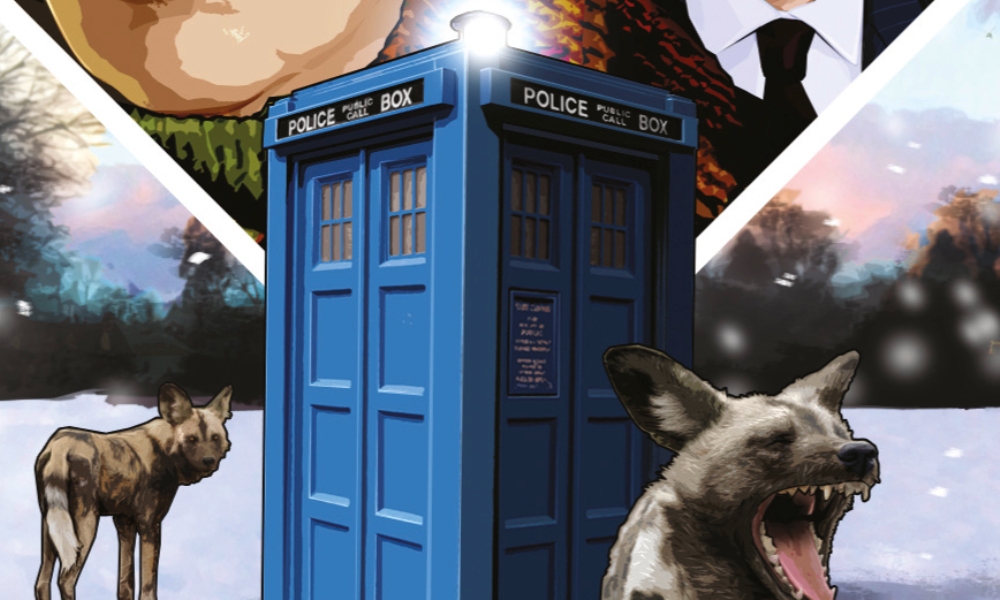 “Can be unpredictable, nuns.”

Throughout the Hornets’ Nest cycle, the Doctor and the hornets have been passing each other in time, the insects coming forward and the Doctor going back. This penultimate story is the furthest back they go, to the 1000s and Tilling Abbey. It’s an formidable place where the sisters have a fierce devotion to two things – the liquor they distill to keep away the winter’s cold and their magical Mother Superior. She has only been there for two months, and yet the Sisters are willing to die for her. And die they might. Every night, the hellhounds attack, throwing themselves at the wall, seeking a way inside. Are they just wild animals looking for shelter and food, or is something worse buzzing inside them?

The Doctor is still hoping to change history, to prevent the hornet swarm from ever having established a beachhead and undoing all the adventures he’s had so far. He especially wants to make sure one horrible event never happens – the story he’d just been told of the swarm issuing out of the TARDIS itself. Will he be able to change things, or is this history already set?

There isn’t much suspense when the listener already knows the answer – with one more CD to finish the saga, there’s no chance that anything is going to change now. As with any story right before the climax, there are few surprises, only a checklist of the elements not yet explained, such as the Doctor’s sudden acquisition of a non-metallic dog. In addition, A Sting in the Tale shares the flaws of the previous three instalments, being yet another flashback with little input from anyone other than Tom Baker.

Still, Sting has value even if there are no surprises. It does fill in the remaining plot questions, giving a few hints on the overall resolution. It also provides long, loving descriptions of the TARDIS interior – even Baker seems charmed and amused to list rooms that surprise even the ship’s inhabitant.

Unfortunately, that’s all that can be said for it, though. There’s no decisive action, there isn’t even the creation of a plan for what to do when the long night is over and the plotline begins to move again. As with the last instalment, I’ve become over-tired of flashbacks. It’s been three hours for us since the last new event – it’s long past time to move forward again!

A Sting in the Tale (by Paul Magrs; starring Tom Baker, Richard Franklin) was released by BBC Audio in December 2009.