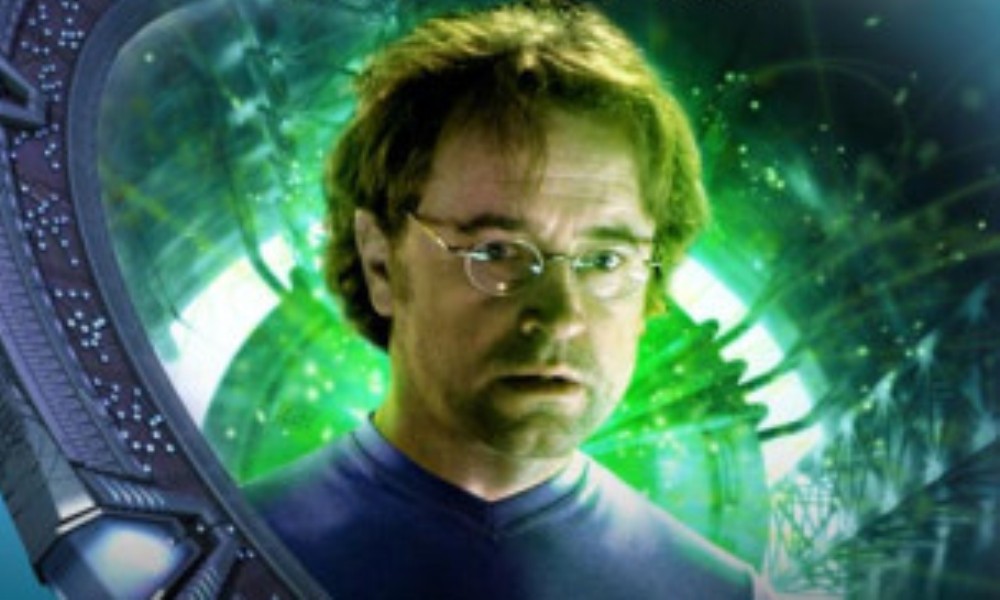 I want to get one thing off my chest right at the start: I’m one of Radek Zelenka’s biggest fans. Ever since I first saw him on Stargate Atlantis, he’s been one of my favourite characters, perhaps even the favourite, along with McKay, appropriately enough. So when I had the chance to review the second audio drama that featured him as the protagonist, I didn’t have to think twice about it.

Meltdown was written by David A. McIntee, who is mainly known for his Doctor Who novels but has done a few audio dramas before. This is his first foray into the Stargate universe, and one can only wish that he gets a chance at writing another, because he deserves it.

The story is pretty straightforward, as Zelenka and a team of soldiers arrive on the planet Sorth, where they discover high levels of radiation coming from a Genii power station near an inhabited village. After some unpleasant business, Zelenka finds himself cut off from the others and threatened by the Genii. This isn’t his biggest problem, however: the power station is about to go into meltdown, and there is almost no time for him to stop this from happening.

It’s a perfect story for David Nykl to showcase the clever but sadly underestimated scientist who’s been a part of SGA since the show’s first season. Like Harriman in Lines of Communication, Zelenka had to wait for the show to end to get his chance to shine, which is a pity, because Nykl’s portrayal makes him one of the most enjoyable characters of the show. That said, it doesn’t really matter, because now we do have the opportunity to find out more about him than ever before.

Indeed, the story delves into Zelenka’s backstory, as he tells the Genii officer Argan about his parents’ escape from the Red Army in an attempt to convince him that people from opposing sides don’t always have to be enemies. This is the key to them understanding each other, and just what Zelenka thinks of Argan proves once again that he’s compassionate as well as superbly capable of defusing even such a tense situation as this one.

Aidan David, who previously played an alien in the Doctor Who audio The Raincloud Man, plays the young Genii officer Argan, who’s torn between his duty to his people and cooperating with Zelenka to shut the reactor down before disaster strikes. His portrayal of an unexperienced, idealistic soldier is well done and should earn him more work in future dramas.

Tension is ever-present in this story, right from the very beginning, even though this is – as was Lines of Communication – another case of the main character reporting the story after it already happened. I personally prefer stories that have more immediacy to them, but I also know that this is hard to do in audio dramas, which rely on the spoken word almost exclusively.

The music and sound design were such that I don’t recall anything specific, neither positively nor negatively, but that may also be attributed (at least in part) to my ailing memory. In any case, they didn’t have to do more than create an atmosphere, and this they did adequately enough for me to enjoy Meltdown.

I’ll check out David Nykl’s first audio, Zero Point, for more Zelenka goodness, and can only hope that he gets to do another one in a potential third series of SGA audio adventures. If you like his character, Meltdown is an essential drama you shouldn’t miss.

Meltdown (by David A. McIntee; starring David Nykl) was released by Big Finish Productions in October 2009.