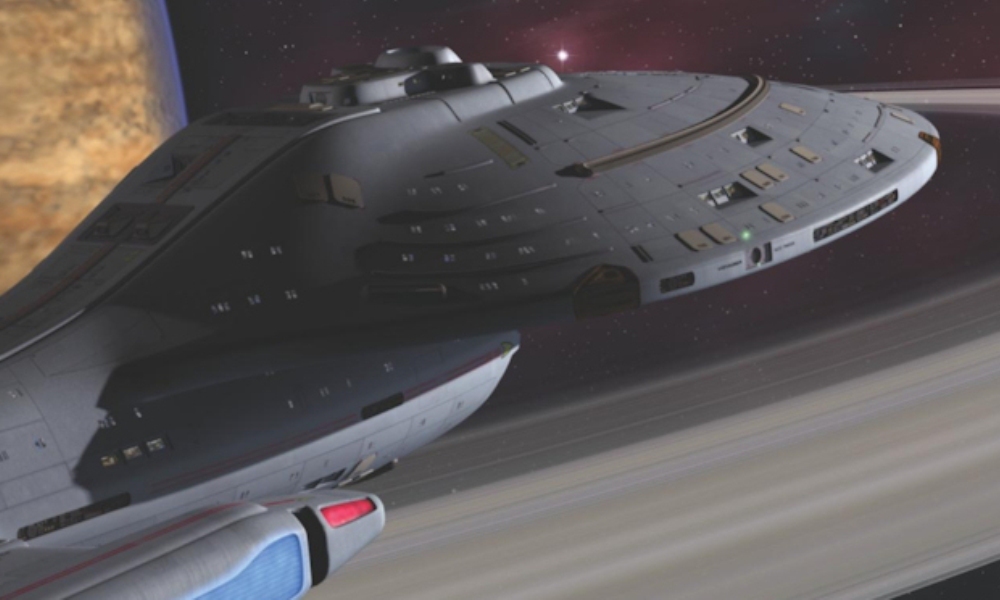 Unworthy is the second novel by Kirsten Beyer to continue the series of Voyager post-finale books. The Voyager is on its way back to the Delta Quadrant, this time accompanied by a fleet of Starfleet ships, and the security of knowing that they can quickly return to the Alpha Quadrant thanks to the Slipstream drive. Several of the old crew are missing – not only the late Kathryn Janeway and the presumed-dead B’Elanna Torres, but also Seven and Chakotay stay behind. But before the Delta Quadrant mission even really starts, Voyager not only encounters some familiar faces, but also a race trying to appeal to the Borg.

I found the main plot about the Indign, a race that kind of worships the Borg and tries to emulate and appeal to them, to be a really interesting premise. The ultimate conclusion was a bit short and a tad unsatisfying, but overall it was an interesting look at a different interpretation of the Borg. The Batiste plot on the other hand fell a bit flat in my opinion – while it’s always nice to have some continuity with elements from the series, it’s disappointing to have a new character installed in one novel only for him to get the shaft in the next, especially if in the same novel another character is built up, only to leave the scene later on in another side plot.

Connected to this is my main gripe with Unworthy: that at the end, pretty much everyone left from the series’ main cast is back in the Voyager fleet. The only worse possibility would have been resurrecting Janeway and/or having Neelix join the fleet. On the other hand, Beyer easily disposes of new characters after only one or two novel appearances, and by that she tips the old/new ratio of the characters too much into the “old” direction in my opinion. If we look closely at it, there are more or less only three characters left at the end of the novel that weren’t part of the TV series and got some real character development – Eden, Cambridge, and Conlon. I can only hope that the focus of future novels will shift to some of the other characters who weren’t part of the original cast, or I’m not sure the series will be able to hold my interest for long.

As far as the quality of the characterisations is concerned, they are kind of mixed bag in my opinion. None of them are bad, but while I like Beyer’s Torres and Paris for example, and enjoyed what she has done for the new characters I mentioned above, there are instances where she is imposing her glorified vision of some characters onto them – especially Chakotay, in my opinion, but also to some degree for Neelix in his short appearance, for example. One other character where I’m not 100% sure I’m happy with the direction the development is taking is Seven. I fear if her character progress continues on the track it’s on now, she loses her individuality and – no pun intented – becomes too human.

Overall, Unworthy is a decent novel, with its fair share of both positive and negative points. On its own Beyer’s duology is a nice way to kill some time, but only time will tell if it was enough to bring the Voyager post-finale books back to life after Christie Golden’s nearly disastrous run with it.

Unworthy (by Kirsten Beyer) was released by Pocket Books in October 2009.