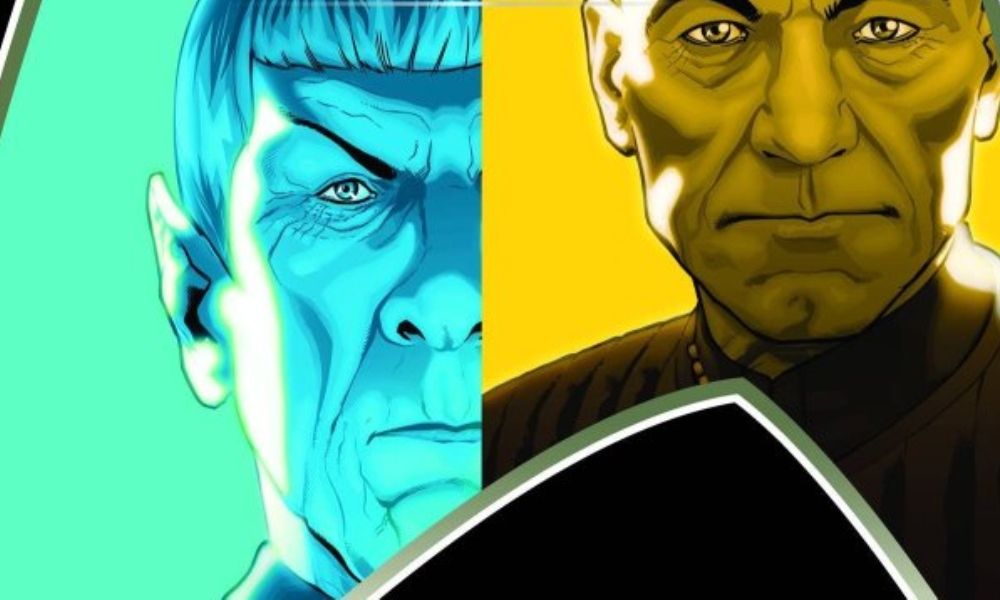 Countdown – a four-issue comic series collected in a trade paperback – is a prequel to J.J. Abrams’ 2009 Star Trek movie, written by Mike Johnson and Tim Jones based on a story by the movie’s writers, Robert Orci and Alex Kurtzman, and drawn by David Messina.

When Spock discovers that a planet in the Romulan Empire is becoming a giant supernova threatening the Empire, he petitions the Romulan Senate to ask the Vulcans for help. But only one miner named Nero supports his claim, having witnessed the transformation of the planet first hand. After the Senate denies Spock’s request, Nero is the only one willing to help Spock save the Empire, but will they succeed?

There are tie-ins to movies that help to elevate your opinion of the movie, be it by giving you more background information or giving the movie’s protagonist or antagonist more depth. Sadly, that isn’t the case with Countdown. But let’s start with the art. The drawings by Messina are bland and generic, and he seems incapable of conveying any emotions by facial expressions; no matter what emotional state a character is in, the facial expressions barely change. He isn’t able to convey the urgency of some situations either; his work is just too static for that. Messina captured some of the characters rather well (Spock, Nero), but totally missed the mark with others (Worf, Picard, Data). In my opinion the art in this comic is a huge letdown, and I wonder why they didn’t hire a more talented artist for this so-called “official movie prequel”.

The story isn’t much better either. Too little is actually happening in the comic for it to really grasp the readers’ attention. It should be hard to bore a reader so much that he ponders not finishing a comic with less than 100 pages, but Countdown came awfully close. The comic didn’t add anything to Nero’s character either, which is a shame since he was one of the few real disappointments in a very decent movie, and I had hoped that Countdown would be able to give him some more depth. But in the end, this comic makes him even less interesting, which is a hard task, when you keep in mind how one-dimensional he is in the movie. The involvement of the Next Generation crew feels forced and really unnecessary, and especially the involvement of a “resurrected” Data feels wrong.

Overall a very disappointing comic, and I’m kind of glad that I saw the movie before reading it. If it had been the other way around I’m not sure I would have really bothered to check out the movie before it hits the TV.

Countdown (by Tim Jones, Mike Johnson; art by David Messina) was released by IDW in April 2009.