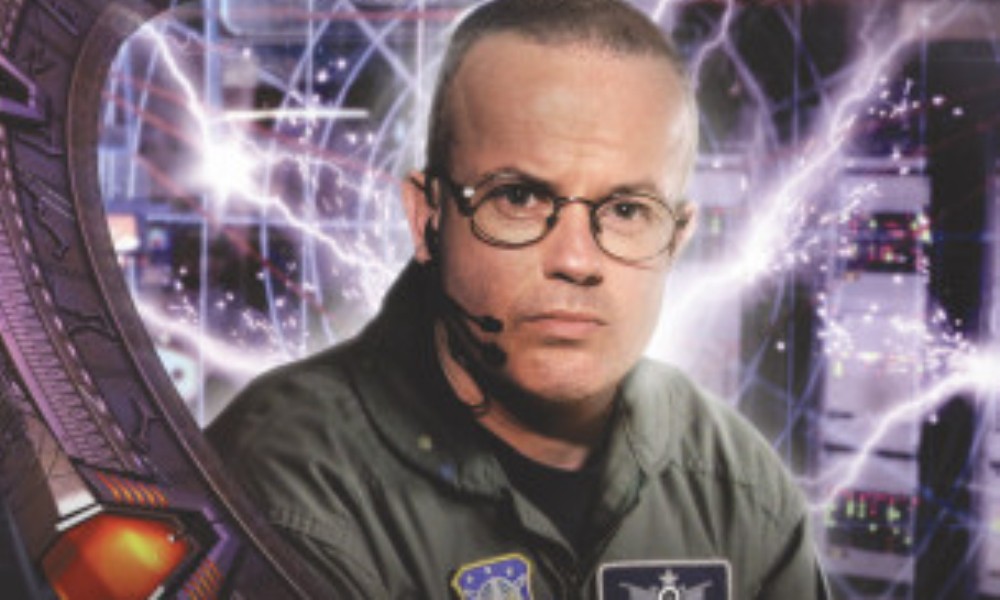 Written by Luke Mansell (according to Big Finish’s website; the CD cover says it’s by Sharon Gosling), it is a story about the SGC under siege by some very annoyed aliens who use the gate to threaten the entire Cheyenne Mountain complex. As if that wasn’t bad enough, a lockdown is initiated, some men are killed, and to the people in charge it looks as though Harriman is responsible…

With SG-1 off-planet and General Landry in Washington, the people who know Harriman best are not in a position to help him, and so he has to fend for himself. The problem is, there’s a colonel who harbours an intense dislike for him and consequently is intent on proving his culpability. A negotiator is dispatched to bring the presumed hostage situation to a positive end, and as the situation comes to a head, she finally realises that it’s not Harriman’s fault at all.

It’s a pity that Gary Jones never had such an opportunity to shine on any of the shows, because he would have made great use of it. It’s not often that you can take a secondary character with virtually no backstory and have him carry an entire episode entirely on his own, which he does here. Harriman alone is responsible for saving the SGC and, indeed, the entire Cheyenne Mountain complex – something that calls for a treat, ideally a dinner for two…

Jones isn’t entirely new to audio, as he has done work for radio before. His performance is true to form, his delivery often deadpan, just like on TV. He clearly enjoyed himself during the recording, having the opportunity to be the show’s star for once and to finally flesh out his character. Throughout the episode, there are nods to the few established facts about him, such as that scene in 2010 where the future Harriman is a tour guide in a Stargate museum.

If there’s something about this story that doesn’t work so well, it’s Mansell’s choice of having Harriman tell his tale to Major Roberts, the negotiator. While the reason given for this is plausible (she’s only had her own view of events and wants to hear about his), it removes much of the suspense when they encounter each other for the first time. Even though we are repeatedly taken back to the events as they happened, the interplay between Harriman and Roberts is sometimes a bit humdrum, especially when they tell each other things they should know already because they were both there.

Overall, however, it is an enjoyable story that should appeal to all the fans of Chevron Guy as well as to those who love a “base under siege” type of drama. Let’s hope there’ll be more opportunities for Harriman to save the day!