Doctor Who: The Nightmare Fair review 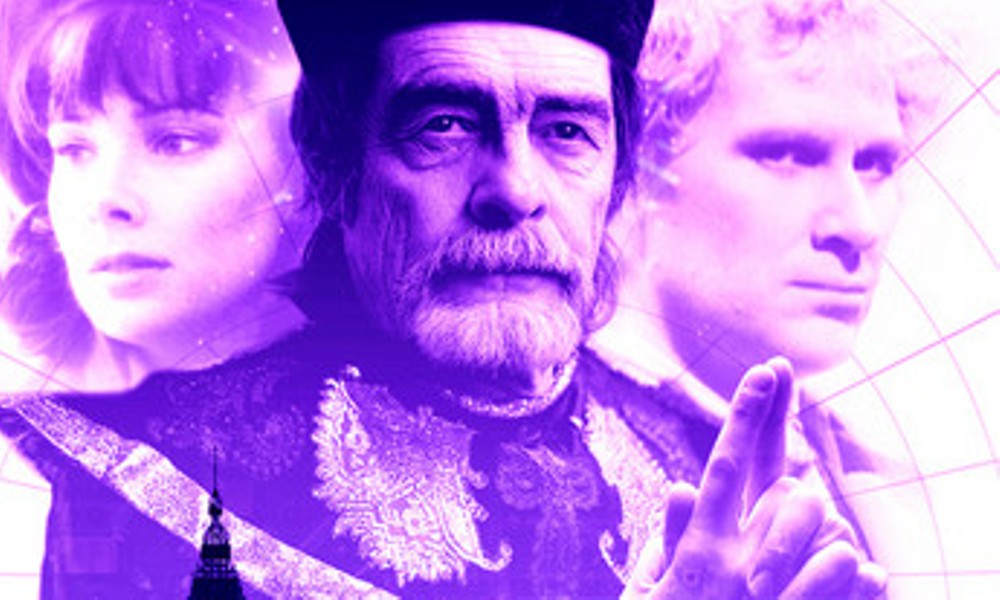 The Doctor has brought Peri to Blackpool in 1985 – ostensibly because he was lured by a space-time vortex, although once they are there, he informs her that she’s going to have fun if it kills her. And it just might, because the Celestial Toymaker is in town. Soon the Doctor is playing a game for both his and Peri’s life, while Peri’s new friend Kevin searches for his missing brother and the mysterious Chinese Mandarin that has been haunting the funfair.

The Lost Stories are the scripts that were originally slated for Season 23, just before Doctor Who got abruptly put on hiatus. The Nightmare Fair, scheduled to be first in the new season, has had the most adventurous afterlife of all these lost stories. Written in 1986 by Graham Williams and shown to the actors (both Baker and Bryant discuss having read it in the CD Extras), it was novelised by its author in 1989, adapted to audio by fans in 2003 as a fundraiser for Sense (a charity for the deaf and blind), and now in 2009 has finally been professionally produced starring the original Sixth Doctor and Peri.

Director John Ainsworth changed as little as possible when he adapted Nightmare Fair to audio. It was an uphill climb; it is very obvious that this story was written for television. So much had been intended to draw the eye – the Celestial Toymaker’s costumes, the amusement park (especially the tunnel of fun and the roller coaster), and video games. Audio, no matter how professionally produced, just can’t quite deliver the same impact, but Ainsworth did his best to make a visual show make sense without the video. He also preserved the period flavour of the piece; a lot has changed in 20 years. You wouldn’t think that something only a couple decades old would seem so old-fashioned – then the Doctor pulls out a quarter so he can play a video game. A simple, two-dimensional video game with synthesiser squeaks and beeps.

Something else that’s simpler is the relationship between the Doctor and Peri. In the added interviews, everyone from the actors through the director talks about the difficulty in rolling back the odometer on a relationship that has been developing throughout the Big Finish run. The Peri of Nightmare Fair is a younger, simpler woman, who exists mostly to ask “What’s that, Doctor?” and need to be rescued. It is to everyone’s credit that Baker and Bryant can turn back time – Bryant even does a credible job sounding younger.

We might not be able to see the colours and the rides, but our ears can still take us convincingly back to 1986.