Doctor Who: The Circus of Doom review 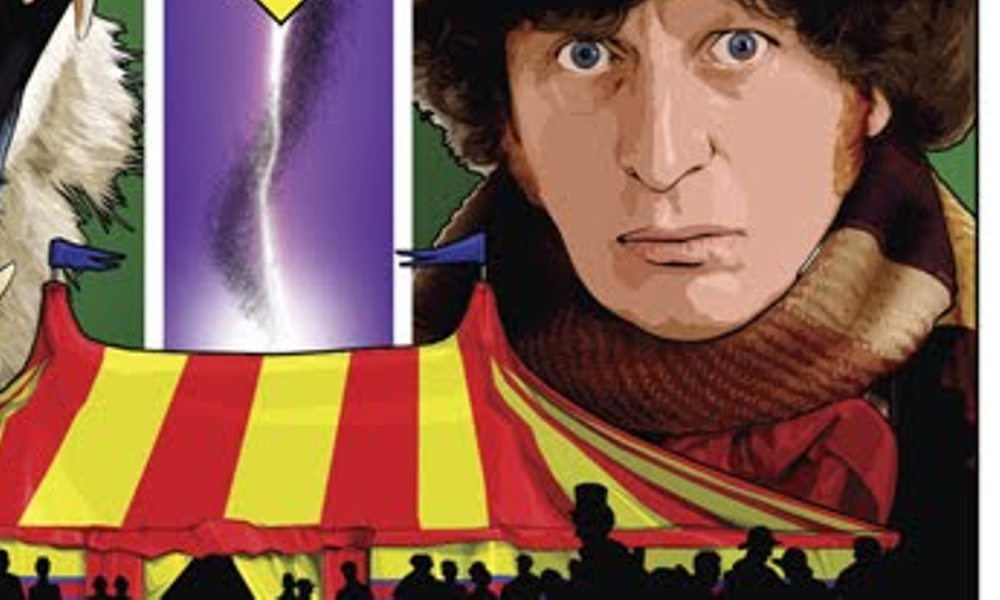 “Only you, Doctor, would fill your house with dead animals – and evil ones at that.”

After a quick recap of the first two stories, the third instalment of Hornets’ Nest begins where the last one ended – with the Fourth Doctor and Mike Yates trapped in the basement of the Doctor’s cottage while the evil dead animals rampage above. As before, the Doctor will pass the time by telling Yates a flashback story, prefaced with “It’s the dark before the dawn. My stories are getting darker too”.

The Doctor and the hornets are passing each other in time; them moving forward and him moving back to try to stop them. The next stop is Blandford, 1832, when a most sinister circus has come to town. People are disappearing, running off to either see the show or to join it, and those who do the latter do not return. The Doctor teams up with a man who is trying to get his sister back, a woman who dances on the high wire while wearing a very familiar pair of pink ballet slippers. But the real shock is not where the Dead Shoes came from. It’s from where the hornets arrived to infect ringmaster Antonio to create this circus of doom.

As a horror story it’s fairly good, although if the last episode had strong overtones of The Red Shoes, this one is close to a homage to Bradbury’s Something Wicked This Way Comes. It has the same elements of the magical circus stealing people away, although why Magrs made his high-wire heroine a bearded lady is a detail that escapes me. It doesn’t seem to add anything to the plot aside from giving her a good reason to run away to the circus.

The next instalment is going to be one more flashback. It’s supposed to provide Yates with everything he needs, but three hours of flashbacks is about two hours too many. It seems uncharacteristic that either man would spend that much time on storytelling instead of leaping into action to deal with the rampaging hornets. (The TV audience would never stand for three episodes of flashbacks before something is done about the cliffhanger in the first episode, and I’m beginning to feel the same about the audio audience.) The longer the action is delayed, the more we can all ponder the predestination paradox that the entire plotline suffers from. We already know that nothing the Doctor will do in the past will have an effect on the present situation, and the overall resolution is equally preordained – nothing permanently horrible can happen to the Fourth Doctor when we’ve met six of his successors and are getting ready to meet the seventh.

With that in mind, it would be nice to cut to the chase.

The Circus of Doom (by Paul Magrs; starring Tom Baker, Richard Franklin) was released by BBC Audio in November 2009.