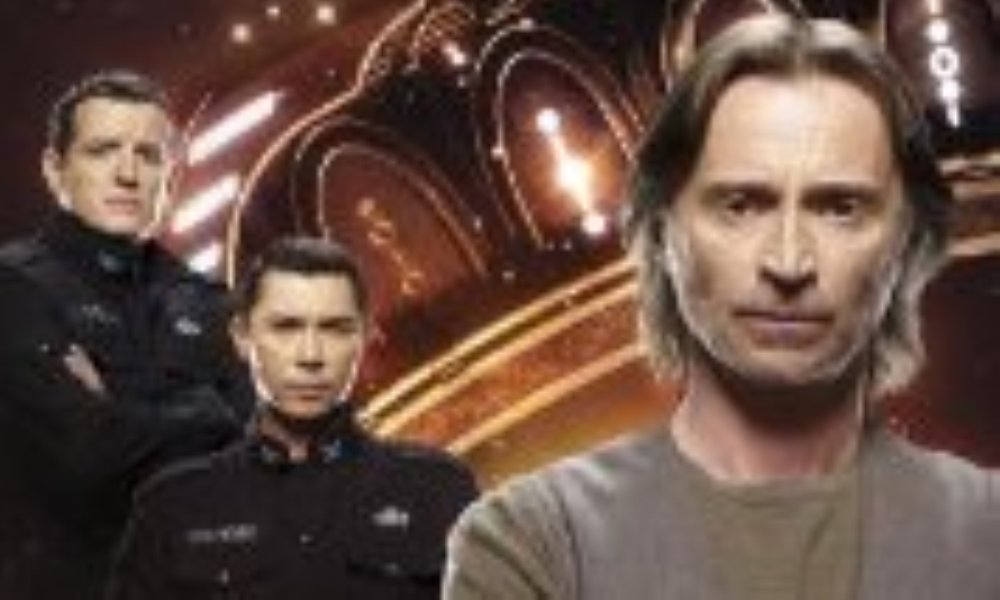 Even though James Swallow spends the first five pages tediously describing an unmanned ship flying silently through space, his adaptation of the pilot episodes of Stargate Universe finally gets going – albeit not without a few problems (including some that could have been fixed by a good editor). Stargate Universe: Air begins to answer the decade-long question of “what about the ninth chevron, and where does it go?” As it turns out, the ninth chevron doesn’t go to a planet in another galaxy like the expedition to Atlantis, but rather goes to an unmanned Ancient spaceship, Destiny, sent out a millennia ago by the Atlantians to explore the universe.

While a deeply devoted fan to all things Stargate, I have to admit that I had higher expectations for this adaptation to take me deeper into the characters’ mental and emotional state – a place where TV and film isn’t always able to explore, especially early on in a show’s career.

The pace of the story picks up with the introduction of Lieutenant Matthew Scott as de facto leader of the newly stranded-group of survivors, allowing the audience to get away from the drawn-out verboseness of Swallow’s descriptions. While Scott is a highly likeable and well-written character, Swallow never strays from the path of the TV show, failing to add depth or colour to Lieutenant Scott or the other main characters.  The one exception to the lack of character depth is the flash insights into Dr. Nicholas Rush’s mind. The highly intriguing internal dialogue reveals little about Rush’s back story, but just enough that it piqued my curiosity.

Rush is not your typical Stargate protagonist; for years, audiences – myself included – have been drawn in by the main character’s heroic selfless acts that save the lives of those around them – not to mention the entire galaxy. Because Rush does not obviously fit this paradigm, Swallow works hard to try and make the character more appealing by revealing tidbits of his life before the Stargate Program. While Rush’s behaviour seem to indicate he is more interested in saving the Ancient ship Destiny than the lives of his fellow survivors, the novel allows the reader to see that in his mind the two are synonymous  – he cannot save Destiny without saving the people stranded with him and he cannot save them without saving Destiny. The main disconnect between Rush and his fellow passengers is how he expresses this connection. While on the show Rush comes across as far more interested in staying on Destiny (despite the dangers of a dwindling air supply and lack of power) than finding a way home, Swallow’s adaptation provides reasons for why he would rather explore the far reaches of the universe than find a way back to Earth.

After a long and arduous start, James Swallow’s writing lends an excitement to the new story of Stargate Universe and the characters pulled into this adventure. While SGU is a disaster of epic proportions for the characters, for the audience it’s a wild adventure. Perhaps once the characters are more firmly established, another novel can delve into the reaches of the characters’ mind and emotions.

Air (by James Swallow) will be released by Fandemonium in November 2009.