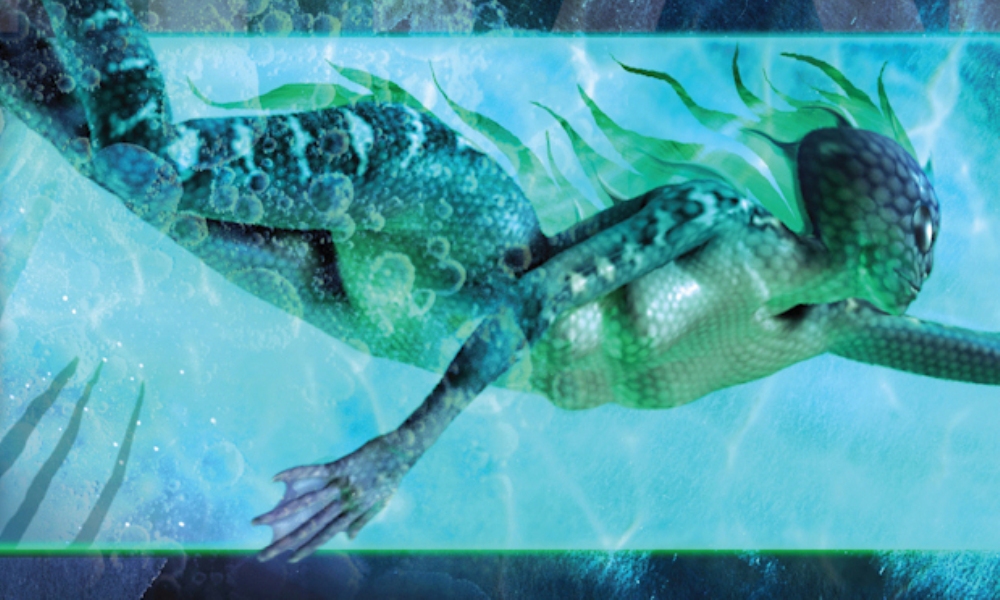 In Over a Torrent Sea, written by Christopher L. Bennett, the Titan under the command of Captain Riker investigates an ocean world they call Droplet. At first it seems to be void of intelligent life, but then the Titan crew realises that they were wrong. Soon, Commander Vale has to deal not only with the Prime Directive ramifications of a failed attempt to save the planet from an asteroid, but also the disappearance of her Captain and her pilot. Will the crew be able to get their colleagues back and save the planet, without alienating its inhabitants for good?

While Over a Torrent Sea is a step up from the previous Titan novel, the totally underwhelming Sword of Damocles, it’s not even near the quality of Bennett’s other Titan novel, Orion’s Hounds. There, he was able to combine a strong scientific background and interesting world-building with a compelling story; here, he has the interesting concept of an ocean world and a strong world-building, but isn’t able to wrap them into an engaging story. The story is pretty meh – not good, not totally bad, but overall not really memorable.

The main storyline, once again kind of dealing with the Prime Directive, brings little new to the table, and the side storyline about Lavena’s dealing and coming clean with her past felt forced and to be honest I’m not really sure why including it in her pledge to the planet’s inhabitants should make any difference. The B-plot about Ree abducting Troi to protect the child might have been a decent short story for an anthology, but here it feels out of place and like filler material. and I won’t even get into how nonsensical the name choice for the child felt to me…

The characterisations are acceptable, but there is nothing outstanding about them. Pretty much the only person getting significant character development is Lavena, and like I wrote above it felt forced and even a bit awkward. It just doesn’t really mesh that well with how Lavena was portrayed up to this novel, in my opinion. I’m also not sure I’m really happy with how easily Ree was let off the hook after the abduction of Starfleet officers, the theft of Starfleet equipment, and the violation of the Prime Directive. All that, and he pretty much only gets a slap on the hand (or claw). I guess when it comes to character-related scenes the only ones standing out positively a bit are those with T’Pel and to a lesser degree Tuvok.

Overall a disappointing return to the Titan series for Christopher L. Bennett. If you’re mainly into science and world-building the novel might be worth a look, but if you search for a well rounded novel with a bit of everything Over a Torrent Sea might not be your best bet.

Over a Torrent Sea (by Christopher L. Bennett) was released by Pocket Books in March 2009.