Doctor Who: The Dead Shoes review 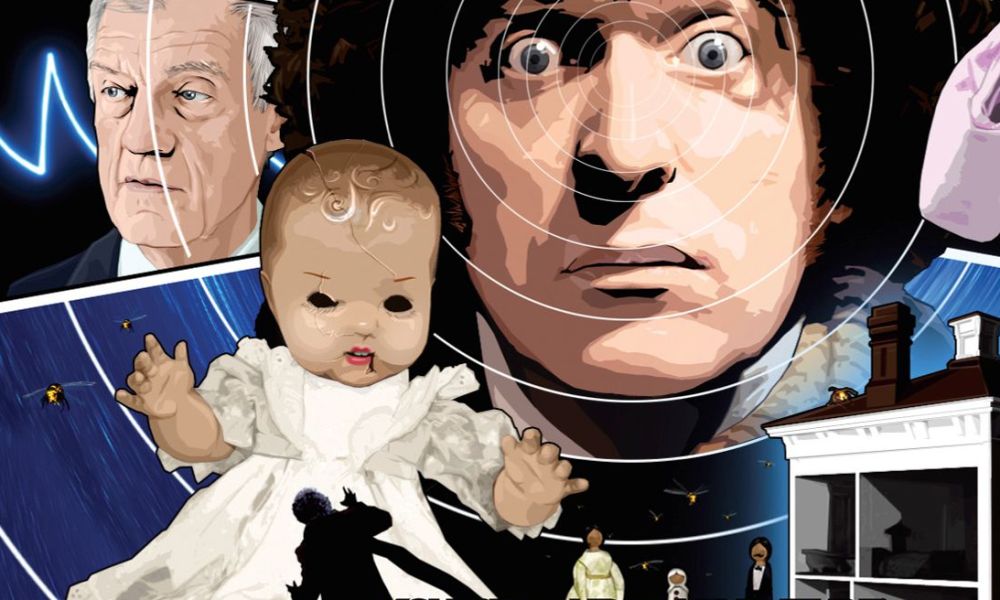 Tom Baker sounds more lively in his second instalment of Paul Magrs’ five-part story Hornets’ Nest. While trapped in the basement by marauding, possessed taxidermy specimens, the Doctor is passing time by telling Mike Yates the story of how he had foiled a previous incursion in 1932. (Because of this, Richard Franklin fans will be disappointed that his part in this instalment consists of little more than occasionally saying “Oh?” and “Really?”.)

The Doctor had gone to Cromer, tracking down the story of a dancer who behaved oddly after being stung by a hornet. To his delight, there was a Palace of Curios there, presided over by the dour Mrs Wibbsey, the same woman who would become the Doctor’s present housekeeper. The museum was stuffed with all sorts of oddities and trinkets – including a ghastly pair of pink ballet slippers containing mummified feet. These slippers exert a fascination for Ernestina Stott, who dances nightly to the Nutcracker on a tiny stage over the sea. On the day she is stung, she comes to the museum and steals the slippers. That night she is wearing them and dancing like she has never danced before.

Anyone familiar with the fairy tale of the Red Shoes already knows where this plot is going to go, only with extra alien hornets and some exotic chase scenes from possessed pursuers.

Again, it’s hard to review The Dead Shoes as a standalone story because it does not stand alone; it is merely Chapter Two with lots of flashbacks. Still, there is much to recommend it, even more than the first instalment, The Stuff of Nightmares. Tom Baker, who previously sounded dragging and tired, has perked up into something more like his hectic Fourth Doctor. (A good thing, as the next instalment is another tea-time story told to Mike Yates, meaning that once again Baker will have to carry most of the narrative.) The story of Ernestina is completed, so this portion does not end on a new cliffhanger. Costume-oriented fans will also be happy to hear that his signature scarf gets plenty of work in the plot – it practically has a starring role.

While it is hard to say “yea” or “nay” to a single part of a story, The Dead Shoes is an encouraging step in the direction of “yea.” It overcomes the drawbacks of the first instalment while whetting the appetite for the next.