Doctor Who: The Day of the Troll review 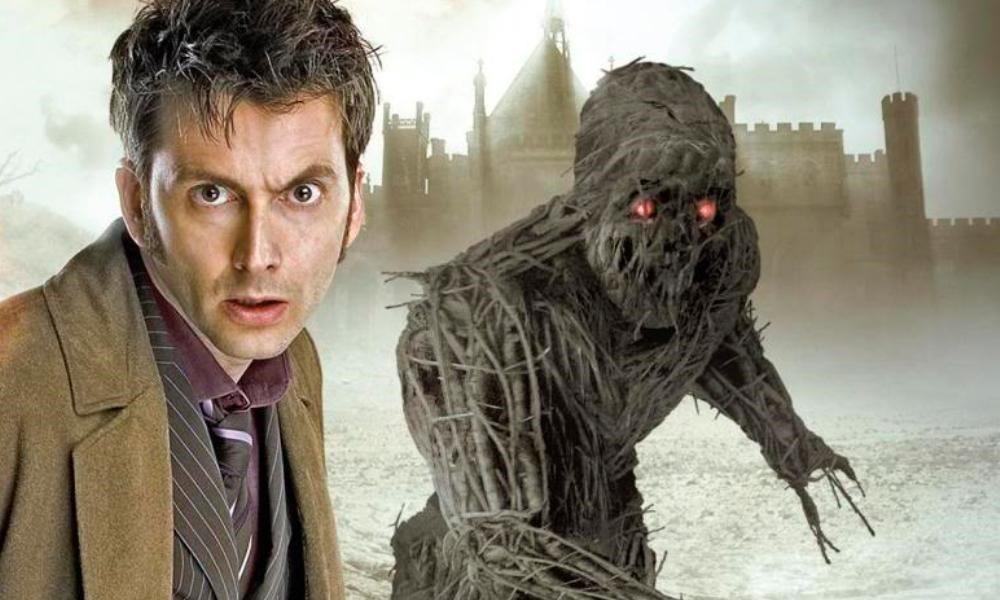 “We are the Grange. And we are the future.”

The ending of the second Ice Age left the Earth poisoned and barren. The Grange project, run by the charismatic Karl Baring, has returned to the Baring family home in southern England in the hopes of starting the only working farm on the planet. Karl is sure he’s figured out how to get the crops to grow again, and he has poured his entire fortune and a lot of other people’s money into the project.

Things are going poorly. Despite all their efforts, nothing will grow. The Food Minister claims he’s supporting them, but he’s being influenced by the large synthetic food corporations and won’t send help. The scientists are worried about agro-spies sabotaging them or closing them down. When the sensors pick up something odd, Karl and his sister Katy go to check. Neither one is that worried about anything going wrong – after all, Grange members are the only living things left in on the whole island. Karl amuses himself by teasing his sister, until it’s time for someone to check the sensor under the bridge.

The next morning, a tall stranger carries the catatonic Katy back to the Grange. When asked about her brother, all she can say is “under the bridge… under the bridge…”. Then more people start to disappear. There are no crops, no animals, and no other people in all of Great Britain, haven’t been for years, and yet there is something living under that bridge.

Messingham, who also wrote the Tenth Doctor tie-in novel The Doctor Trap, is relying on most of the Doctor Who basics for his plot. The Grange scientists are just another group of trapped, panicking, and suspicious people who the Doctor must help while they make bad decisions and blame each other. The Food Minister is yet another cold, distant authority who waffles between ignoring his people and making his decisions with heavy weaponry. And it’s hardly a spoiler to say that there’s an alien involved.

The Day of the Troll isn’t a bad audio. It’s just a bog-standard one. There are no flaws to complain about, but there are also no intriguing plot wrinkles to cheer. It’s the audio equivalent of comfort food – it delivers exactly what you expect with no surprises.

The Day of the Troll (by Simon Messingham; read by David Tennant) was released by BBC Audio in October 2009.