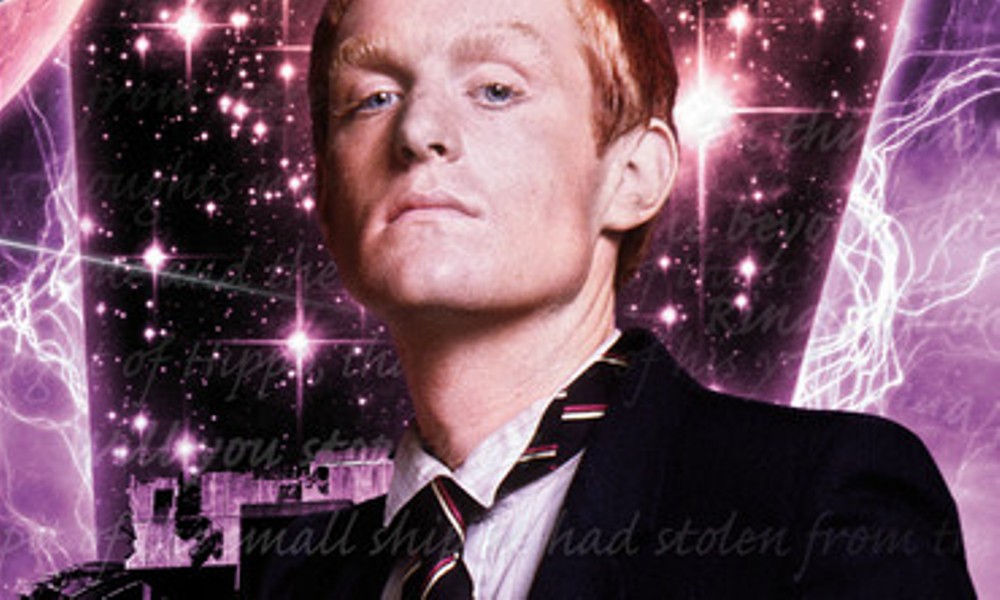 The answer to this question may have to remain a mystery for all eternity, since it is indeed Paul Magrs who has written the Fifth Doctor Companion Chronicles release Ringpullworld, narrated by Vislor Turlough.

Once again, Turlough is about to get himself into trouble. The story opens with Turlough en route in a stolen spaceship to open the “ring pull” and free the world trapped within, against the Doctor’s express orders. Accompanying him on his quixotic quest is one of the five-legged novelisers of Verbatim Six (!), who, along with his two compatriots, has attached himself to the TARDIS team in order to record their adventures for posterity… mainly by adding interjections such as “said Tegan crossly” and “muttered the Doctor contemplatively”, in the most irritating manner imaginable.

The combination of a serious (if bizarre) plot and off-the-wall humour is pure Magrs, and it works, for the most part. Mark Strickson slips as easily into the role of Turlough as if it had been 25 days since the TV series filmed, not 25 years. Turlough is one of the more complex companions to appear in Doctor Who‘s long and varied history, and the narrative structure of the Companion Chronicles offers a truly enjoyable look inside the character’s head.

The high point (or possibly the low point) of the audio has to be Strickson’s none-too-flattering impressions of the Fifth Doctor and Tegan; one can’t help but imagine that if Janet Fielding ever heard the pointedly nasal faux-Australian twang, she’d rethink her decision to rejoin the Big Finish fold in a heartbeat (while Davison would probably find the fussy and breathless tones of Strickson’s Fifth Doctor hilarious). Listening to the interviews in the CD Extras, it’s obvious that it was done in the best possible spirit, of course – and, well, it is funny.

Strickson is joined in the story by the alien noveliser Huxley, played ably by Alex Lowe. Lowe appears to be having a blast playing the slightly prim straight man (straight alien?) to Turlough’s biting sarcasm, and the pair work very well together.

As in most of the Companion Chronicles, sound design is spare and very effective. The ending of the story is surprisingly ambiguous – though, obviously, TV canon dictates that nothing too catastrophic can happen after the audio fades to silence.

All in all, Ringpullworld is another enjoyably madcap Magrs runaround, with enough darkness to keep things interesting – well worth an hour of your time.

Ringpullworld (by Paul Magrs; starring Mark Strickson) will be released by Big Finish Productions in November 2009.