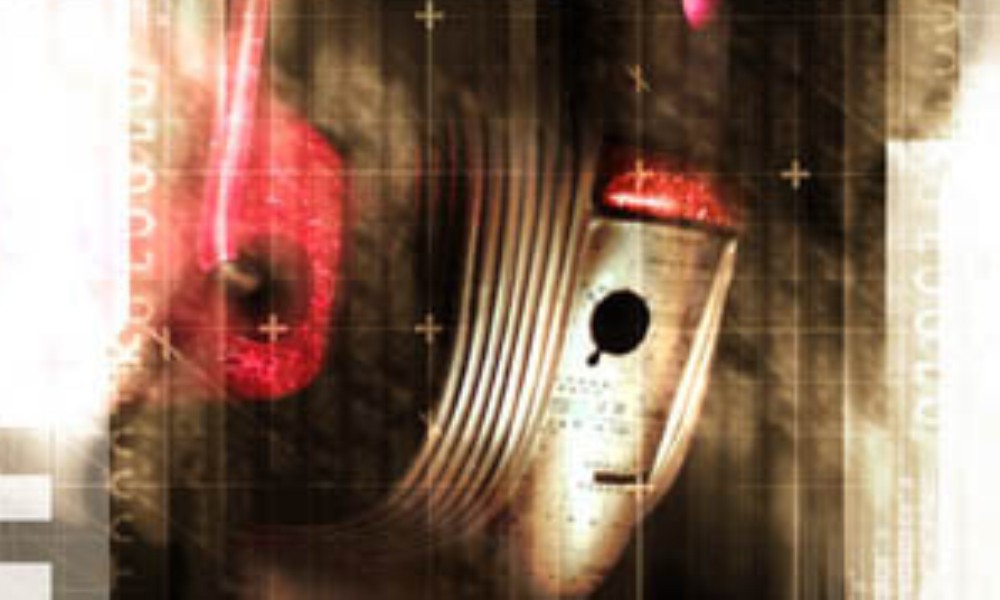 I have to complain about two things first. I hate to do this, because I’ve enjoyed most of the Cyberman series thus far, but there are two things about Telos that really bothered me, and though I think they both might be somewhat pedantic, they’re also pivotal to the story.

First, there’s the continuity issue. I know, I know. But Cyberman takes place around a decade after Sword of Orion, which was dated by Neverland to 2503. This places it after The Tomb of the Cybermen (estimated by Lance Parkin’s Ahistory to take place in 2486) and before Earthshock (set in 2526, as per dialogue) and Attack of the Cybermen (placed by Parkin in 2530). Now, you don’t have to take Parkin’s assumptions as facts, but in Sword of Orion, the Doctor indicates that the Cybermen are all in their tombs on Telos, placing it before Attack, when the Cybermen wake up – and the tomb on Telos is destroyed. So, the Cyberman series must precede Attack. Yet, in this story, when Prime Reorden and his crew reach Telos, the planet has been destroyed by an asteroid strike! So how does this all fit together? Pedantic, perhaps, and Cyber-history is hardly wrinkle-free, but it bothered me the entire time.

My other problem is the Cyber-Conversion of Admiral Karen Brett, which occurred at the end of, well, Conversion. One of my least favourite things is when someone’s who has been converted into a Cyberman continues to sound like their original self; this defeats the whole point of the Cybermen! “You will become like us” was their original mantra, but no such thing happens here. What is scary about the Cybermen is that if you become one, there is no telling you from any of the other thousands or millions of Cybermen. This is something (a rare thing) that The Age of Steel got exactly right. Once Karen Brett becomes a Cyberman, we should have no idea which one she was. The total loss of identity is what’s frightening about them. This isn’t the Borg; they’re shouldn’t be a Locutus mouthing off to our heroes. Yet when Liam Barnaby talks to the Cybermen, he recognises Brett’s voice in an instant. It totally voids the Cybermen of everything that makes them scary. (Okay, not everything: there’s still that stomping inevitability.)

But aside from those two things, I enjoyed Telos. I like how each successive instalment of the Cyberman series has seen the action become more and more focussed. Telos takes place entirely within one asteroid field, over a period of no more than a few hours. It’s a nice sense of increasing claustrophobia that totally works with the Cybermen. Here, Barnaby has teamed up with Prime Reorden (I wish there was a cast list so I wouldn’t have misspelled this last time) and his crew of androids to track down the Master Hibernation Vault, which must be drifting somewhere in the remains of Telos, and destroy it. Can they do it before the Cybermen get there?

It’s tense stuff, and Nick Briggs’s script milks it for all its worth. This one has the nice effect of expanding the character of Reorden, giving him some good scenes with Barnaby that rise above the rival lovers material they seemed to get in Conversion. There’s also good material between Barnaby and Sam, as they contemplate if either of their species even has the right to survive. What I really like about Telos (and Cyberman in general) is that it gives no easy answers: the best reason Barnaby has for coming around to Sam (and androids in general) is that she’s hot. As she points out, it’s not a very good reason… but it might have to be good enough. The actors playing these three (still anonymous!) get the lion’s share of the episode, and do an excellent job as usual; I’ve said this every time out, but it can’t be stressed enough.

Unfortunately, the actors playing Karen Brett and Paul Hunt have less to do this time. Brett is in the story a lot, but only as a Cyberman, rather limiting her potential for acting, and Paul Hunt only turns up in a few brief scenes, as the story cuts away to Earth only a tiny bit – which is for the best, but disappointing after the choice material Hunt received in Conversion.

I actually do have two more problems, but they’re smaller. First would be the ending. There’s a lot of stomping and running and getting shot at within the Master Hibernation Vault, and it gets a little confusing; when I finished, I wasn’t entirely sure what had happened. A bit of disappointing sound design from the otherwise infallible Nicholas Briggs. Also, one character got what I thought was a stupendous death scene… and then showed up a few scenes later, rather ruining the effect. But the immediate threat is decently tied up here, making a nice cap to the series… but there’s certainly more than enough material to give us Cyberman 2. My other problem is that, as I feared after listening to Conversion, the Cyber plan doesn’t really make sense – there’s no reason the Cybermen couldn’t have gone to Telos looking for the Master Hibernation Vault as soon as they were reactivated; they didn’t need to infiltrate the Earth Alliance and all that hoo-hah. But then, since when have Cyberman plans ever made sense?

It seems like I’m down on Telos, and in a way, I am. The Cyberman series definitely peaked with the fantastic Fear, and each subsequent release has been slightly worse. And Telos has a lot to do, in providing its own story as well as capping off an epic of over four hours in length. It achieves all this well, and it was certainly an enjoyable listen, but it also certainly left me with more reservations than any other instalment.

But overall I really liked the Cyberman series. It captured everything I like about the Cybermen: the plotting, the skulking, the cool arrogance, the simultaneous sense of desperation and inevitability. Telos was a fine send-off for it, and I look forward to more. If the forthcoming Cyberman 2 is this good, we have nothing to fear.

Telos (by Nicholas Briggs) was released by Big Finish Productions in December 2005.