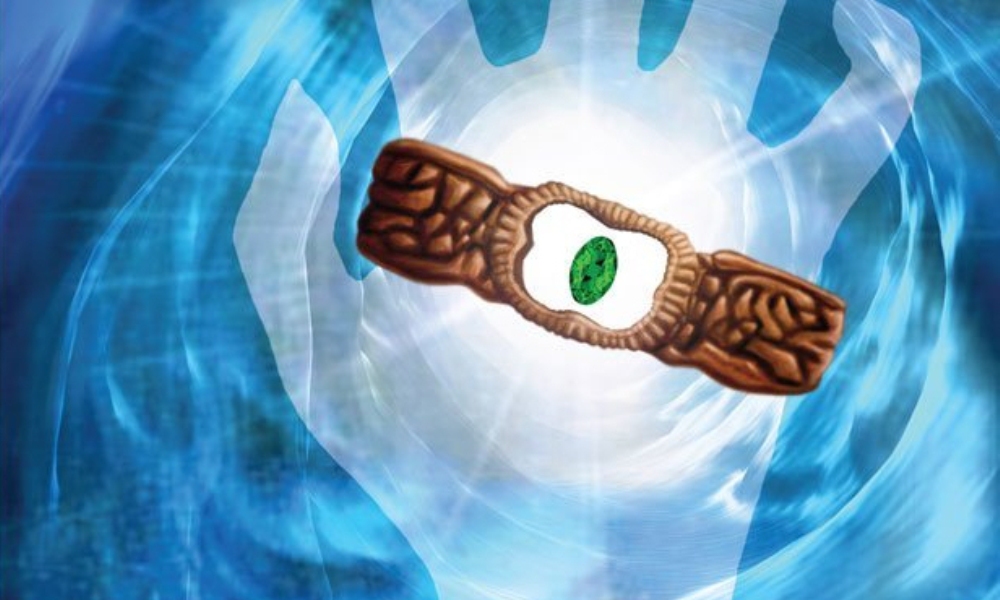 In The Soul Key, the newest entry in the series of post-finale Deep Space Nine novels, author Olivia Woods continues the story of Iliana Ghemor. After getting rid of the Mirror Universe’s Intendant Kira, Iliana takes her place, and tries to use her newly-acquired powers to fulfil her quest to become the Mirror Universe’s Emissary. Will Commander Vaughn and Captain Kira be able to stop her?

In my review of the preceding novel, Fearful Symmetry, I wrote that “the writing style of Olivia Woods is engaging and makes for a smooth read, and she was able to pin down most of the characters very well”. The same is true here, but sadly the plot wasn’t really grabbing me this time. During my reading of The Soul Key, I sometimes had the feeling it was dragging and there really wasn’t enough content to carry a whole novel. I think it would have served the whole Mirror Universe storyline better if it had been wrapped up in a slightly longer Fearful Symmetry. There are certainly some very nice scenes, like Vaughn’s meeting with his Mirror Universe counterpart, but overall those scenes are too few and far between to elevate the story out of its average-ness. At the end of the novel, the Mirror Universe Ghemor says something to the effect that the Mirror Universe should return to handling its own affairs, and I have to agree with that. For the most part I enjoy both the DS9 post-finale books and Mirror Universe stories, but mixed together for too long, both lose some appeal in my opinion.

The character work is good, though, and I especially liked Taran’atar’s slow development of independence not only from Ghemor’s control, but outside control in general. Another character that benefits from this novel is Vaughn. One can only hope that both characters’ respective final scenes (Taran’atar answering a distress call by the Even Odds from Rising Son and Vaughn’s confrontation with Sisko) actually lead to something in upcoming books now that the series will be making a jump to the post-Destiny time-frame. If not, the little character development of this book was for naught, since beside those two the characters are depicted very well, but there isn’t really much development for them in my opinion.

Overall, an average novel and a slightly disappointing conclusion of the post-finale books’ Mirror Universe arc. When I first heard about the jump forward for the series after this novel I wasn’t overly happy about it, but now I’m wondering if a relatively fresh start isn’t what the series needs, especially now that the editorial reins have changed hands for the second time after first Marco Palmieri’s and now Margaret Clark’s lay-off…

The Soul Key (by Olivia Woods) was released by Pocket Books in August 2009.