Doctor Who: The Pyralis Effect review 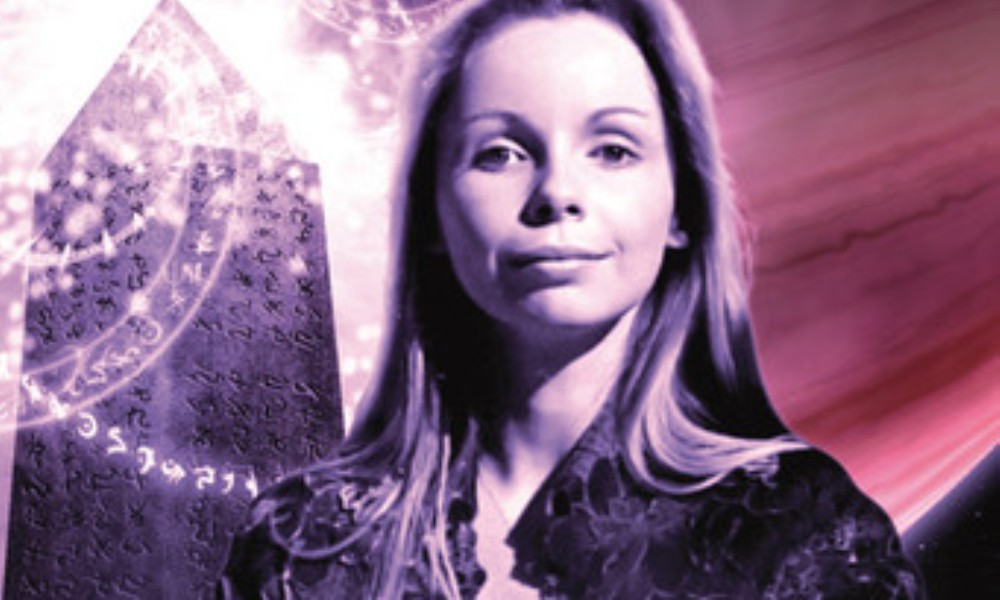 Lalla Ward. Lalla Ward. Mmm, say it again: Lalla Ward. The Second Romana is probably my favourite classic series companion (except when I prefer Tegan, Sarah Jane, or Liz), so I was pretty excited to be able to review this Companion Chronicle. The Pyralis Effect stars Lalla Ward as Romana, with Jess Robinson as the guest voice, playing a whopping three roles (Suri, CAIN, and the Pyralis), though admittedly two of them are under heavy distortion. And it’s written by British SF novelist George Mann – I’m not familiar with his fiction, but I have read a couple of the collections he’s edited for Solaris Books, and really enjoyed them.

The Pyralis Effect sees the Doctor and Romana materialising on a spaceship called the Myriad, which carries the genetic data of the destroyed planet Pavonis IV. The crew hope to recreate their planet, but they want to help of the Doctor to do it, and they’ve come all the way to the constellation of Kasterborous to do it. Meanwhile, there’s a deadly robot with a fungal brain loose and they’re just about to release an ancient evil known as the Pyralis. Sound exciting? Not if you’ve seen or read scores of other Doctor Who stories.

The most exciting things going on here are the facts that this story takes place in Kasterborous and that the Myriad is searching for the Doctor. Unfortunately, nothing interesting is done with either of these facts. It may as well have been set in the Yorkshire Dales for all that has to do with the story, and they may have well been looking for King Arthur or any other mythological hero.

This leaves us with the rest of the story, which is a typical Doctor Who plot – people on an intense quest for something, meddling with forces they don’t understand, and unleashing an evil from the dawn of time. In this case, said evil is the Pyralis, a fearsome race imprisoned in a series of vortices across Kasterborous, apparently for the twin crimes of hissing things in words I couldn’t understand thanks to the distortion and glowing menacingly at Romana, but never actually doing anything. It doesn’t help that when the Pyralis are released from their prison and destroy a planet, everyone seems oddly unconcerned about this, pursuing the other plotlines up until the end, when suddenly they decide to do something. But the Doctor and Romana contribute nothing to the resolution here.

The other plotline is another staple – there’s a killer on board! But the Doctor and Romana contribute nothing here, either; the identity of the killer is revealed as soon as they deduce it, and the killer is taken care of by another character. It doesn’t help that when they go to track down CAIN, the crazy robot, they cannot find it – until all of a sudden Captain Suri of the Myriad mentions that CAIN always goes to the same spot and she knows exactly where it is. Well, thanks for making use of that information earlier.

The main crime of the story line is that it’s simply dull. Romana wanders around empty corridors a lot, gets locked up, gets let out, and that’s about it. I’m hard pressed to explain how this story lasts over an hour. Nothing new or unexpected ever happens, nothing ever really grabbed me while I was listening. The characters here are all stock as well: the hard-bitten space captain, the… uh… ah… actually, none of the (many) guest characters here besides Suri and CAIN actually even have distinguishable personalities. Oh, and the closing joke is well… was that actually supposed to be a joke?

I was surprised to find out while listening to the Extras that the sound design was done by Richard Fox and Lauren Yason, the team behind Home Truths and The Drowned World. They talk about how it’s necessary to create a “spare” sound design to generate suspense, which they did quite well in those stories. This one, however, is just boring and empty. Also, the effects applied to the Pyralis in their first appearance made their potentially-quite-threatening catchphrase (“We will illuminate you”) impossible to understand until it was repeated in a later scene. Also, it really bothers me in Companion Chronicles when dialogue gets an effect put on it – a lot of the Doctor’s lines that Lalla reads have reverb put on them, which causes this weird cognitive dissonance, since it makes them sound sort of “real” – but they’re obviously not, since Lalla Ward sounds nothing like Tom Baker! The music had some very nice and distinctive vocal bits, though.

The Pyralis could have been played by anyone, but Jess Robinson (perhaps better known as Mila in last month’s Patient Zero) does a fairly good job with CAIN, the crazy robot with a fungal brain. She’s somewhat less successful as Suri, the hard-bitten space captain. Why someone quite so perky as Robinson was selected to play such a gruff part is beyond me. Most of her lines come across as somewhat stilted. Mind you, most of it stilted macho space-captain dialogue, which doesn’t help.

I’ve saved the best for last, and the best is of course Lalla herself. She sounds much the same as she did 30 years ago, as lovely and charming as ever. I could listen to her breathlessly exclaim “The Pyralis!” all day long. (It’s a shame she actually had to do that, though.) I was quite taken with her performance of some of the Doctor’s lines, but I think that was to do with the reverb effect that was often put on them, which made me expect something more “real” than I was ever going to get. She handles the story with gusto and aplomb, and it’s always a delight to hear from the best-ever Doctor Who companion back in her heyday. (I like the President Romana stories, but I miss the more carefree young Romana sometimes.)

The Pyralis Effect is a bit of damp squib. Lalla Ward shines, but the story is serviceable at best, and the sound design and acting from Jess Robinson let it down a little. But I suppose that if you’re looking for Underworld: The Version Without Bad CSO, you might be in for a treat.