Torchwood: Bay of the Dead review 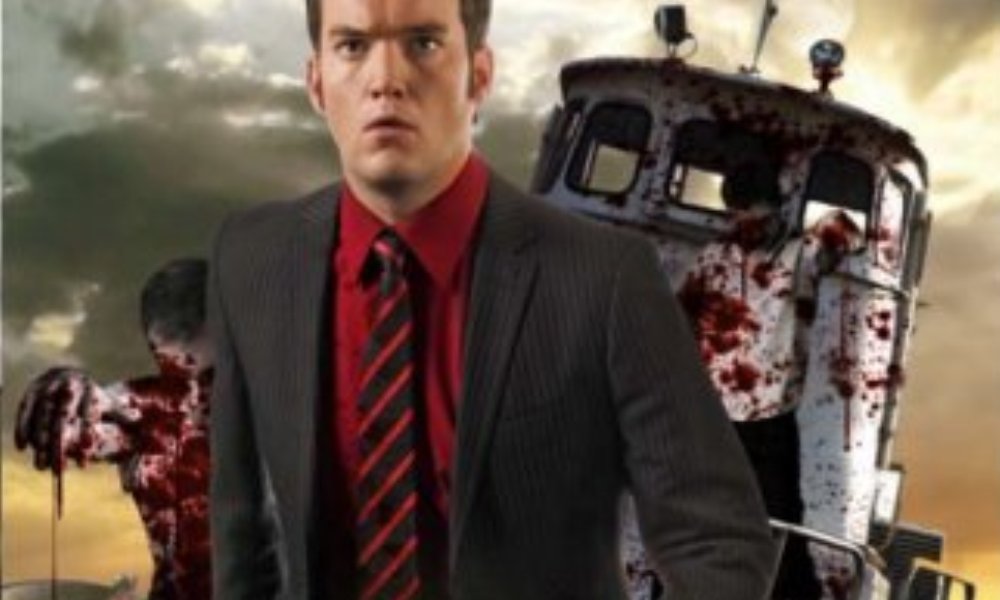 A thick dark fog descends. When the terrible creatures emerge from the dark, they leave only trails of blood and viscera in their wake. Over the course of one long night, trapped inside a rancid, muscular fog, Cardiff’s citizens must fight to survive a mass zombie attack. It’s classic B-movie territory as Torchwood Three, still reeling from the loss of Tosh and Owen, struggle to survive and find a way to end the zombie terror as the death toll continues to rise.

The plot is simple enough – zombies in Cardiff! – and is exactly what you’d expect a Torchwood zombie attack to be. The book romps along with quick cuts between Gwen and Rhys, Jack and Ianto, PC Andy and his new partner Dawn, and various original characters. The world of Cardiff after dark comes alive, populated by pissed-up freshers, clubbers out for a good time, peaceful suburban families, hospital staff and women in labour. It takes a while for Torchwood’s four (Rhys is well on his way to becoming an honorary ‘Woody) to find their feet, as in the earlier chapters the action predominates over the characters’ internal lives. But despite the large number of new characters they are all well fleshed out and even minor characters feel believable, giving the necessary sense of scale. Torchwood don’t arrive on the scene cool, calm, and in an SUV, but are instead thrust right into the action, Gwen and Rhys simply another Cardiff couple roused by strange noises who quickly find themselves in a living nightmare. It’s an intriguing tactic, sandwiching Gwen’s off-duty adventures with the undead with those of her non-alien hunting neighbours and peers. By comparison, Jack and Ianto are first seen through the POV of an onlooker at a crime scene, who wonders at their mysterious and heroic appearance. Gwen and Rhys are right in the middle of things throughout, remaining staunchly heroic but striving simply to cope with whatever happens next and protect those in need. Jack and Ianto are somehow always one step detached, acting not reacting, investigating and driving the action from the Hub and on “zombie hunting” fieldtrips. Gwen’s Everywoman status has not always been unproblematic but here it feels very natural, and manages to complement and contrast with the otherness of Torchwood.

Mainly, simply because Gwen is just lovely; she should always be this lovely. Heroic and warm and defiantly tough but not perfect. She and Rhys play off each other perfectly. Jack and Ianto’s partnership is more underplayed, and their romantic relationship almost ignored, but apart from one off moment (Jack is Ianto’s “friend”, really?) they make an adorable and effective team. Ianto’s dry sardonic cynicism making him the perfect foil to Jack’s enthusiastic boy’s adventure hero, the Scully to his Mulder. Reconciling Doctor Who‘s jocular, flirty, outrageous Jack with Torchwood‘s brooding and sometimes downright depressing Jack often poses a challenge for writers, and it’s a relief when a balance is achieved, as it is here. PC Andy shows Cardiff’s finest can more than hold their own and he even manages a budding romance in an interlude from zombie-wrangling (Jack would be proud… or jealous). It’s to author Mark Morris’s credit that he can manage the shifts between action, gore and quiet companionship so smoothly; it takes talent to make a man and a girl eating cheese on toast together seem as immediate as a viscera-splattered zombie attack.

One of the problems of genre TV novels is that they can be, well, generic, with less than adequate care given to the regular characters. Bay of the Dead could easily have been a cracking zombie tale with characters named Jack, Gwen and Ianto. But Morris (who is clearly a big horror movie fan) brings a familiarity and fondness for Torchwood and its characters. The justice he does them along with the overall sense of sheer fun lifts this out of the ordinary.

This novel obviously owes a great debt to Night of the Living Dead et al, and is a knowing homage to all things B-movie. The classic horror cliches (the car that suddenly refuses to start) are present and correct but it’s all self-referential enough they don’t feel tired. Highly cinematic in style, the visual language translates well in print. Let’s face it, zombies are plain awesome, but throughout history in mythology and in popular culture, zombies have resonated as metaphors for our darkest fears. At a basic level zombies reflect the worst in ourselves, their unquestioned urge to consume destroying any vestige of human feeling. It’s a poor zombie tale that ignores this, and this is not a poor zombie tale. The darker more serious themes and moments manage to be congruous with the blood-and-guts cartoonish horror. But horror movies are of course at bottom about horror, and lord is there plenty on offer here. Bay of the Dead delights in lavish and frequent descriptions of rotting, maggot-strewn flesh, mutilated corpses gnawing on other mutilated corpses, written with the sadistic, child-like glee familiar to any gore lover. It’s certainly not one for the weak of stomach, although those who profane from needless death and destruction should not be too put off. Apart from the sheer carnage, there are moments of proper tension and genuine gut-wrenching terror. The resolution is sheer plot device, and may disappoint fans who prefer their Torchwood straight up sci-fi, but it’s inventive, neat and kind of sweet. And involves a ruddy great helicopter.

Bay of the Dead (by Mark Morris) was released by BBC Books in July 2009.