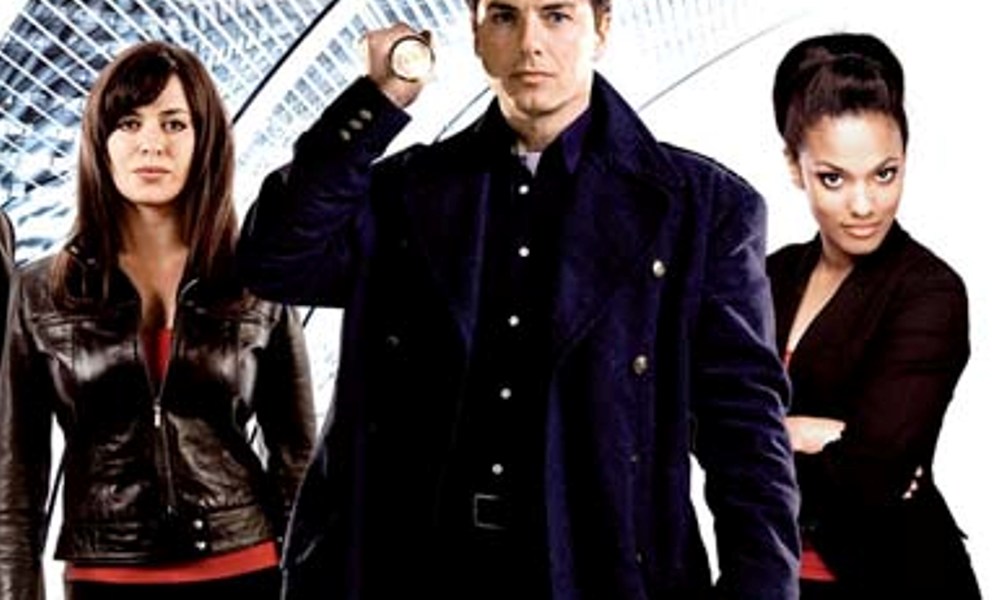 “Your life is our life.”

The Large Hadron Collider is about to be activated – and Doctor Martha Jones, in her role as UNIT medical officer, is so concerned about people falling ill, and then disappearing, that she calls in Torchwood to investigate – undercover.

Lost Souls was written for BBC Radio 4 to celebrate the Large Hadron Collider being activated, so it begins with the Torchwood team introducing themselves to random passersby so that the audience knows who’s who, but I found it awkward and distracting.

The story is a mixture of humour and science-fiction. The fact that the Torchwood team are obliged to go undercover (at Martha’s suggestion, as she knows her UNIT bosses won’t be too happy to have Torchwood present) provides a good deal of the humour of this story: Ianto is pretending to be the Ambassador for Wales, Gwen his wife, and Jack his PA – which Jack doesn’t appreciate at all. In fact, he keeps forgetting he’s not “the boss” and goes around starting to introduce himself or attempting to take charge, thereby usurping Ianto.

There are references throughout the story to the end of Torchwood‘s second season, when Tosh and Owen were lost: a mention of the memorial service held for Tosh and Owen (that’s a first, surely?!), and Martha asks both Jack and Gwen how they’re coping in the aftermath of losing two of their team. Her questions seem rather awkward, but that’s not out of character since Martha has always been at least a little socially inept.

The story becomes a little heavy-handed at times, which isn’t helped by the over-acting from the Torchwood leads, who clearly aren’t used to doing radio drama (especially Gareth David-Lloyd – and John Barrowman is a bit shouty on occasion).

As far as the plot is concerned, it’s the usual Whoniverse attempt to explain science as being down to aliens – which normally I can suspend my disbelief about, but in this case it was far harder. The idea that people can survive having their neutrons sucked out of them is utterly nonsensical, even to a non-scientist! Also, who the heck builds a device like the Large Hadron Collider without giving it an off-switch? (I tend to feel that if even a non-scientist like me can spot the plot holes in the science of a science-fiction plot, then they’re really doing it wrong!)

As a Torchwood episode it was fairly okay, but as an explanation of the work of CERN and their use of the Large Hadron Collider it was pretty poor. A brave effort on the part of Joseph Lidster, but a 45-minute radio play was not the place to tell this story.