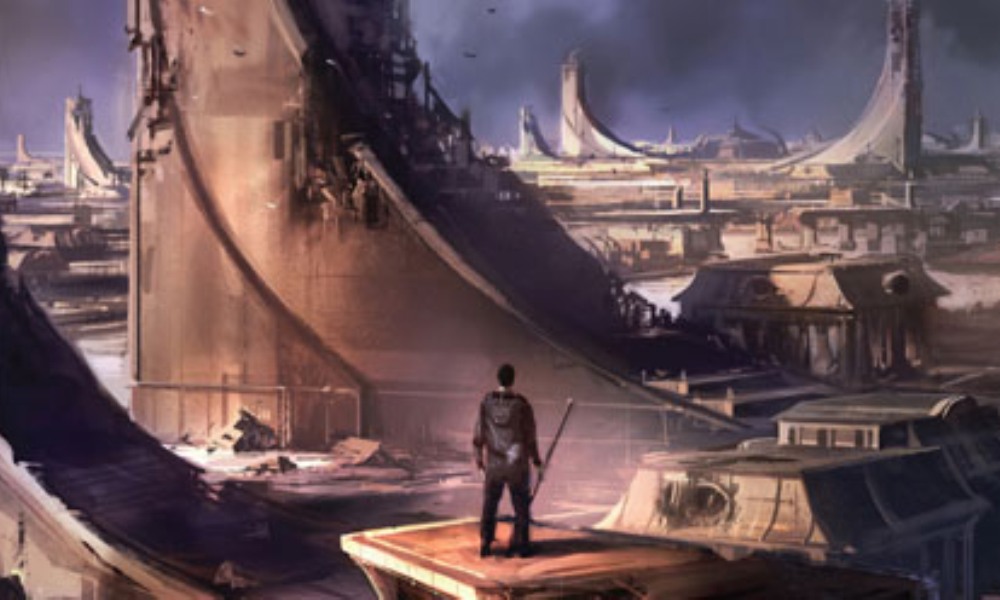 The Never-Ending Sacrifice by Una McCormack is a follow-up novel to the second-season Deep Space Nine episode Cardassians. In the episode, Sisko decided to give back Rugal Pa’Dar – a Cardassian boy who was adopted by a Bajoran couple after the withdrawal of the Cardassians – to his Cardassian father, a high-ranking politician. In The Never-Ending Sacrifice, Una McCormack shows us the life of Rugal after this decision. Brought to Cardassia against his will, Rugal is determined to return to Bajor as soon as possible, but when this proves to be harder than he thought, he has to try to come to terms with his heritages, both genetic and adopted.

While I might not have liked Rugal right from the start, over the course of the story he grew on me. Sure, he is somewhat short-tempered and unapologetic, but in the end he has the heart in the right place. And through his eyes and experiences over the years, we the readers get an interesting look at the Cardassian culture beyond the military and the Order. (This means that when Rugal is in the military for a while, that actually feels slightly out of place, although Una McCormack was able to make it work in the context of the novel nonetheless.) But the stronger parts of the novel are those showing us the Cardassia we rarely (or never) saw in the series – the political landscape of Cardassia; the resistance inside Cardassian society, both by high-ranking people and student groups; the poor people barely able to survive; and so on. The Never-Ending Sacrifice pretty much does what A Burning House did for the Klingons: adding another important layer to how we see an alien society. On-screen Star Trek often tended to depict alien societies a bit too uniformly, and books like this help to rectify this perception. During the novel we also see a different perspective of several Cardassia-related events which happened during the run of the TV series – the war with the Klingons, several governmental changes, the Dominion War – and by that probably adds to your enjoyment of the episodes when you rewatch them some day and have some additional knowledge about what exactly happens on Cardassia during these times.

The characterisation doesn’t disappoint either. Una McCormack actually managed to make every character work (and count, for that matter) from Rugal, Kotan and Penelya down to characters who have little more than cameo appearances. Of course Rugal is the focus of this novel, so the novel’s success depends a lot on the readers’ reaction to him and his development. As I said above Rugal isn’t the most likeable character at the start, and keeps his rough edges, but Una McCormack very believably chronicles his development from slightly obnoxious teenager to a strong young man with his own sense of what’s right and wrong. That is helped in no small part by the fact that he is surrounded by well fleshed-out characters his charcter can play off of.

McCormack has expressed her interest in writing a novel set on post-Dominion War Cardassia, and having read Hollow Men and now The Never-Ending Sacrifice, I would buy that in an heartbeat. Overall, The Never-Ending Sacrifice is not only a very strong Star Trek novel, but simply an outstanding coming-of-age novel, since even if you stripped it of everything Star Trek-related, it would work just as well.

The Never-Ending Sacrifice (by Una McCormack) was released by Pocket Books in September 2009.