Doctor Who: The Bride of Peladon review 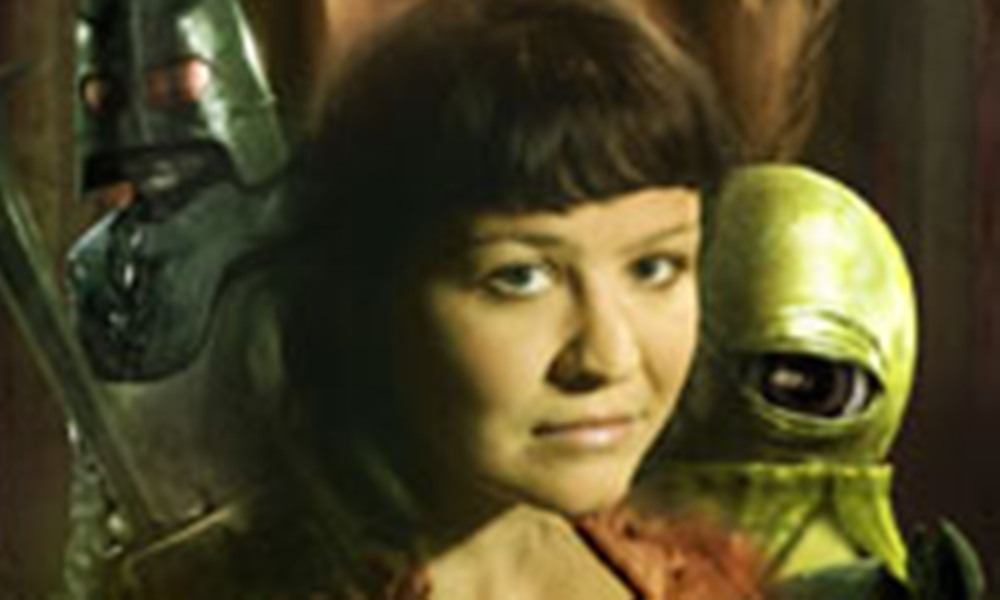 Doom and darkness once again stalk Peladon, 100 years after the Doctor last visited. A night guard hears voices on the wind calling for blood. The new king’s mother died mysteriously, without a body to be found. His grandmother, Beldonia, still secretly worships the old religion, which had been disbanded by the missing queen. The representative of the Ice Warriors has also disappeared, and another has been dispatched to find answers and deliver vengeance. Into all of this and against Beldonia’s wishes, Alpha Centauri is once again delivering a human princess to serve as the Bride of Peladon.

The storms are all inside the castle when the Fifth Doctor, Erimem, and Peri arrive. The Doctor tries to smooth everyone’s ruffled feathers, but that’s not going to be possible. Not when Beldonia bonds to Erimem almost instantly – half charmed by her understanding of tradition and half because she’d do anything to be rude to Princess Pandora. Pandora isn’t happy with the situation either – she doesn’t want to be in an arranged marriage and doesn’t mind if her prospective husband knows. Peri is the combination captive of and aid to Zixlyr, who lured the Doctor and companions with a faked crash to the planet’s surface and now plans to topple the Pel throne, he is so convinced that the king has double-crossed the Ice Warriors. And King Pelleas would like to enjoy the company of all these new guests – except that the voice of his missing mother insists that one of them is the one who killed her…

Bride of Peladon is hampered mostly by the fact that the opening scene echoes Hamlet so closely that there’s even a knockoff of the witching hour speech. That sets up certain expectations, but right when the listener is settling down to Shakespeare In Space, the story takes a left turn into the previous televised Peladon stories before heading off in the direction of Egyptian mythology. Good news for Erimem, the former pharaoh. Odd news for anyone waiting for the Hamlet theme to pay off, because it never will.

It’s a pity Edwards made that choice, because otherwise Bride is a solid story. Something that makes it stand out is that (aside from the voice in the wind), nobody is a blatant villain. Even Beldonia has legitimate (at least to her) reasons for behaving in the way she does. I always prefer stories where everyone is working at cross purposes instead of fighting an obvious baddie. That makes for better intrigue, and what better plot to spin around a throne than intrigue? (Speaking of enjoying, Nicholas Briggs is having the time of his life as a drunken guard, while Phyllida Law obviously adores being the mother in law from hell.)

Edwards nicely blends elements from The Monster and The Curse of Peladon into his plot seamlessly. It’s just a pity that he doesn’t blend in his overall inspirations equally seamlessly.