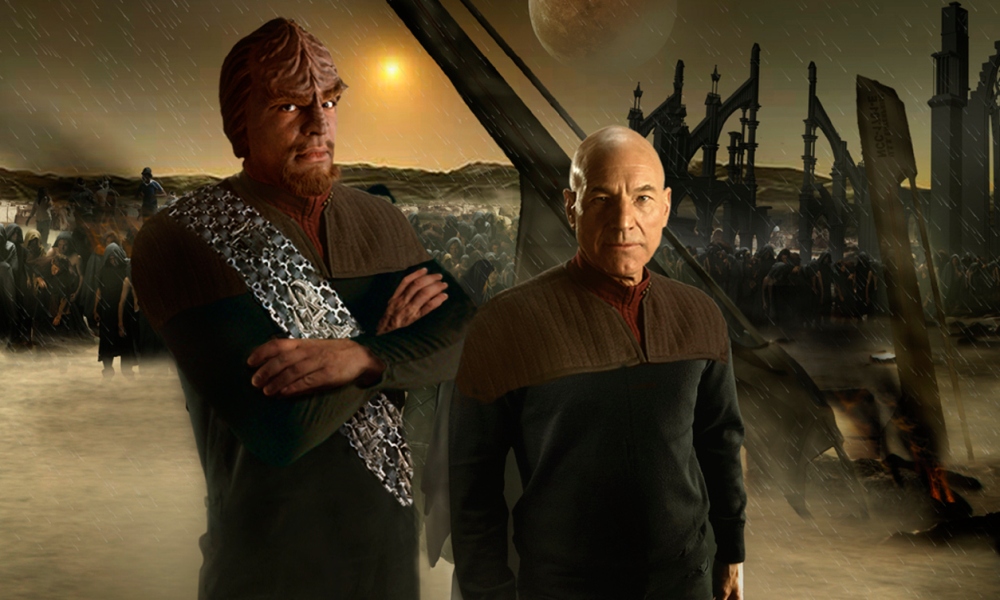 Losing the Peace, written by William Leisner, is the first Star Trek: The Next Generation novel following the devastating events of David Mack’s Destiny trilogy. The Borg are gone – Jean-Luc Picard is 100% sure of that – and while Starfleet doesn’t share his conviction, he feels better than he ever has since he was first assimilated by the Borg. But soon he has to face the reality of what toll the last Borg attacks had on the Federation, in general and on particular parts of his crew. Learning about the conditions in refugee camps, he decides to take matters into his own hands and make sure everyone realises how severe the situation really is.

Losing the Peace is a fitting companion piece to Keith R.A. DeCandido’s fellow post-Destiny novel, A Singular Destiny. While that novel gave us a good picture of the state of the Quadrant at large, in this novel William Leisner shows us how much the status quo within the Federation has actually changed, based on the Enterprise’s first post-Destiny mission and the situation in one of the undoubtedly many refugee camps in the Federation. It’s all fine and good to hear that billions upon billions of people have been killed and many more have been displaced, but until you see (or read about) the effects on a more personal level, it all remains a bit sterile. To see the situation in the Pacifica refugee camp really shows you that it will be hard for the Federation to rebuild to a point where it will be even close to the pre-Destiny situation.

While some characters certainly get less screen-time than others, William Leisner did a great job in giving pretty much everyone at least a little bit of development, even if some of those character driven scenes lacked a real pay-off, but I guess there is only so much character work you can put into a novel before it destroys the flow of the plot. Nonetheless, the character work done in this novel – from Picard down to those characters who only appear in a few scenes like the counsellor or Taurik – is top notch, and adds a lot to the novel. One of my favourite scenes is the one between Picard and Geordi talking about the moment in Destiny where Geordi stood up against Picard, when he felt Picard was crossing the line when he ordered to build a new Thalaron weapon, but there are many very good scenes, and Worf especially ends up in a lot of them.

Some of the decisions Picard makes in this novel are debatable, but in the end I think all of them fit with the character he has developed into over the course of his career on screen and on the pages. I have to admit I’m not overly disappointed with the fact that Kadohata leaves the Enterprise, since she is one of the new characters who never really clicked with my for some reason.

Overall, a strong novel and a good comeback for TNG-branded novels after the decidedly sub-par Greater than the Sum. After A Less Perfect Union and Losing the Peace, I certainly look forward to more novels by William Leisner.

Losing the Peace (by William Leisner) was released by Pocket Books in July 2009.