Doctor Who: The Drowned World review 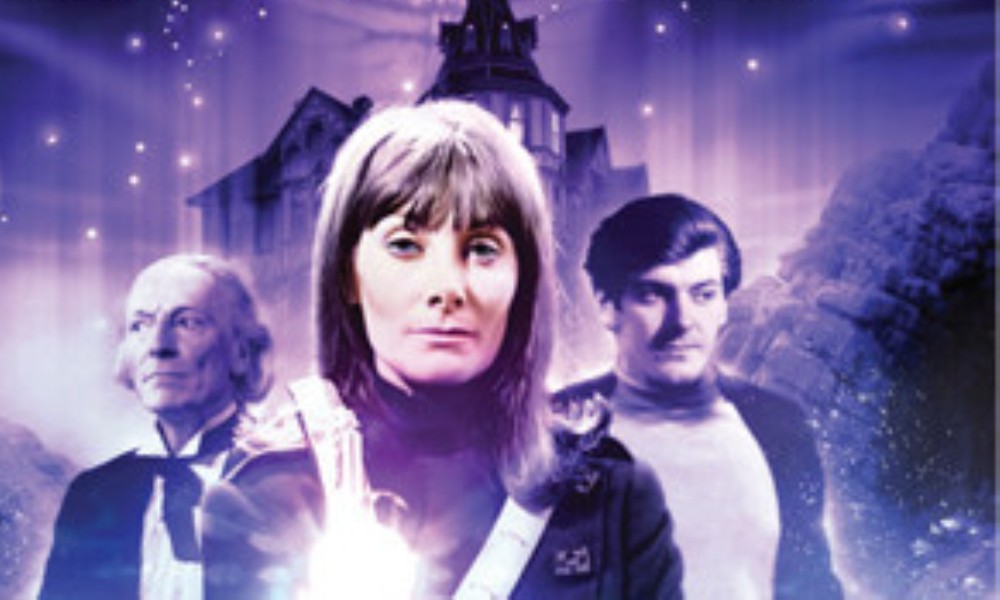 In The Drowned World, author Simon Guerrier continues the story started in his previous Sara Kingdom Companion Chronicle, Home Truths. Sara is dead, but her ghost lives on in an old house – an echo of her mind from long ago, with the power to grant wishes to any who visit the house.

Set against the backdrop of a world clawing its way out of a second Dark Age, Sara’s continued existence depends on the efforts of a kind and rational man named Robert. Robert hopes to use a phonograph to record Sara’s ghost telling a story of bravery and sacrifice from her long-ago past, and play the recording for the council members who wish for her spirit to be exorcised from the house.

And tell it, she does. Not surprisingly, few can tell a good bedtime story like Jean Marsh. The weight of age is evident in her voice as she interacts with Robert in her guise as a weary, thousand-year-old ghost; then falls away effortlessly as she narrates a breathless action sequence from the point of view of the young Sara Kingdom. And, icing on the cake, her impression of William Hartnell’s First Doctor is simultaneously amusing and eerily accurate.

Niall MacGregor plays Robert – husband, father, and law enforcement official. A rational and forward-thinking individual, Robert is torn between the temptation of using Sara to grant his own wishes, his sentimental desire not to see her destroyed, and a healthy fear of the consequences of Sara’s continued existence. MacGregor is not an overly expressive actor, but his understated performance works well against Jean Marsh’s weariness and slight bitterness, and the two combine for a final scene which is both unexpected and chilling.

The only place where The Drowned World doesn’t work so well is the short stretch where Robert takes over the narration of young Sara’s story, his drier delivery causing the listener to lose the sense of immediacy.

Sound production in the audio is appropriately sparse, but very effective. The music by Richard Fox and Lauren Yason is minimalist, while still building tension wonderfully during key scenes, and water splashes and laps in the background during the story-within-a-story set on an asteroid covered by a hostile silver sea. Which leads to a point about the plot – movie fans of a certain age may find themselves thrust out of the story momentarily by certain striking similarities to the 1989 film The Abyss. Calling Guerrier’s story derivative might be a bit harsh, but one does wonder if James Cameron’s screenplay was in the back of his mind when this idea came to him.

Whether it was or not, though, it’s no reason not to enjoy this otherwise cracking tale, told by an actress who is a real treasure, both to Doctor Who, and acting in general.