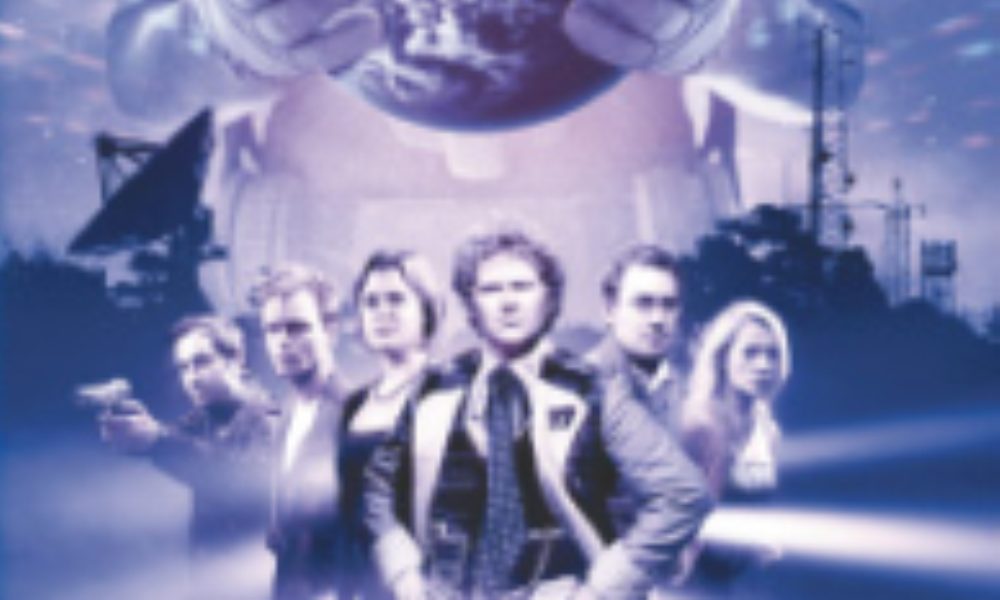 After a nine-year run, it’s finally time to bid farewell to Charley Pollard, Edwardian adventuress. Blue Forgotten Planet caps the trilogy of stories ending Charley’s time with the Sixth Doctor, and also acts as the climax of the Viyran arc, which has wound its way through a series of one-parters since November 2007.

It’s roughly the present day on Earth, and the entire human race has forgotten their history and their culture. Without medicine, the masses suffer from paranoia and aggression, while the chosen few receiving treatment desperately scrabble for ways to gain more support from their alien benefactors, the mysterious Viyrans. The Doctor and the Dalek survivor Mila, who has taken over Charley’s form, arrive in the thick of things, only to discover that Earth’s history has been turned on its head after the events of Patient Zero, and every human on the planet is infected with one of the viruses from Amethyst Station. The Viyrans are on top of things, of course… but it turns out that the cure may be worse than the disease. Also, as if things weren’t complicated enough, the Viyrans are keeping someone in cold storage who has a very personal score to settle with the Doctor’s companion.

Blue Forgotten Planet has an awful lot to accomplish, plot-wise, in a fairly short space of time. To Briggs’ credit, it manages to do so without seeming rushed or cramped, and tells an interesting and chilling story at the same time. The five major guest characters do a great job of representing the various factions at work on the damaged Earth, with especially nice performances by Alec Newman and J.J. Feild – as Ed Driscoll, the leader of the people who aren’t getting medical treatment, and David McAllister, Earth’s liaison with the Viyrans, respectively. Michael Maloney reprises his role as the Viyrans, ruthlessly logical and by-the-book in the face of humanity’s hysteria.

But what about Charley? While the pairing of Charley with the Sixth Doctor remains one of the best ideas Big Finish ever had, the downside is that there could only ever be one resolution, broadly speaking. Those looking for an amazing and unforeseen “get out of jail free” card will be disappointed. However, those looking for a meaningful character moment and an excuse to dampen some tissues will, most assuredly, not be disappointed. The big revelation about Charley’s past does finally take place, for those who are wondering, but the impact is not properly felt until Colin Baker’s and India Fisher’s last scene together. And then… yeah, it is.

So, is the ending a satisfying conclusion to Charley’s story? Well, yes and no. From the Sixth Doctor’s perspective, Charley’s departure is perfect, and very neatly slotted into Big Finish canon, to boot. But for Charley, the ending is too ambiguous to be truly satisfying. It’s so ambiguous, in fact, that a more Machiavellian individual might wonder if Big Finish still have more plans for Charley Pollard in the future. At this point, it’s doubtful that many fans would object to that, but for now, they must be content to let the Edwardian adventuress linger in bittersweet limbo, while the Doctor – both Doctors – travel on without her.

Whatever the future – for now, bon voyage, Charley Pollard.