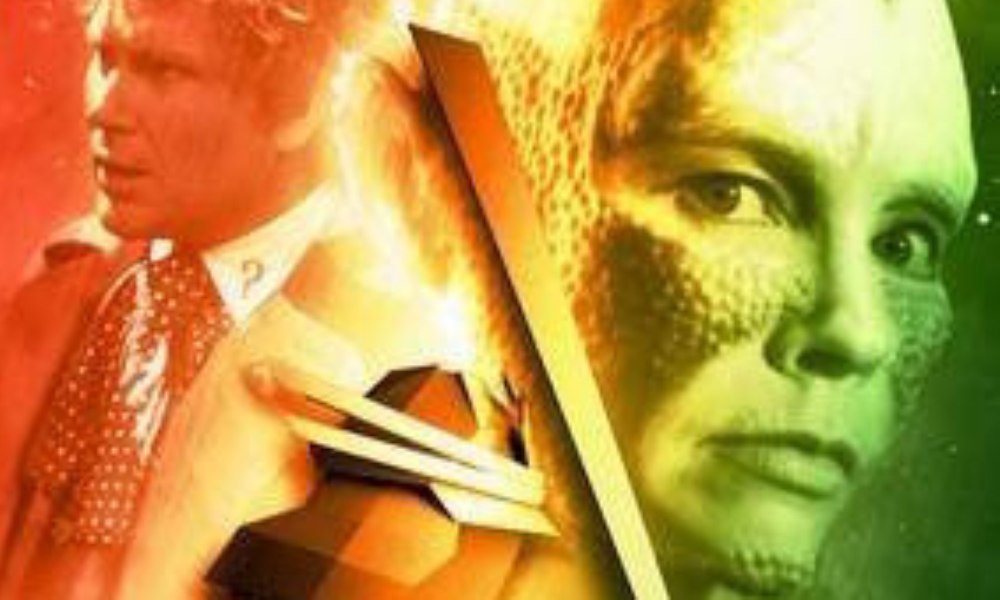 The middle story in the trilogy marking long-time companion Charley Pollard’s departure, Paper Cuts is set against the backdrop of an alien power struggle that has gone on for millennia; one in which the Doctor played a key role back when he was old and silver-haired. As is the case with many of the best stories, the tale is populated – as Colin Baker perceptively points out in the CD Extras – with several selfish people, but no real villains. The plot is moved along by characters with understandable, if not completely sympathetic goals, coupled with a certain amount of surrealism which is par for the course with Marc Platt’s work.

Paper Cuts is full of guest actors who are obviously getting real enjoyment out of their roles, sibilant reptilian Ses and all. Paul Thornley is particularly delightful as the lowly Draconian fisherman snatched unexpectedly (and mistakenly) into a world of courtly intrigue, and is a lovely match for Charley when the pair are separated from the Doctor.

The silent origami antagonists hinted at in the audio’s title are creepy and original, as well. Controlled by the minds of others like puppets, one wonders if the paper soldiers have any relationship to the “psychic paper” made famous in the 2005 reboot.

As for the regulars, one can never say enough good things about Colin Baker and India Fisher together. India, in particular, shows again why she is such a talented actress with the subtle hints which remind the listener repeatedly that Charley is, shall we say, not herself after the events of Patient Zero. And therein lies the rub with Paper Cuts – it doesn’t really do much to advance the trilogy. While delightful as a stand-alone story, it seems an odd addition to such a highly-anticipated story arc as Charley’s denouement. There’s nothing about Mila/Charley’s presence which is particularly important to the plot – it could just as easily have been original Charley. There’s nothing related to the Viyrans; nothing to let us know how original Charley is faring. It’s all a bit… odd.

And, it puts a lot of pressure on the final story in the trilogy, which, in the era of Russell T Davies and his overblown series finales, is more than a little worrying. Of course, it’s always possible that some element from Paper Cuts will become vitally important in the last story, fitting into place like a piece in a jigsaw puzzle and making the listener say “Of course! Why didn’t I see that coming earlier?”, but if such a clever connection fails to materialise, then Paper Cuts may end up relegated as an enjoyable, but ultimately pointless, chapter in Charley’s history.

Time will tell. In the Doctor Who universe, it always does.