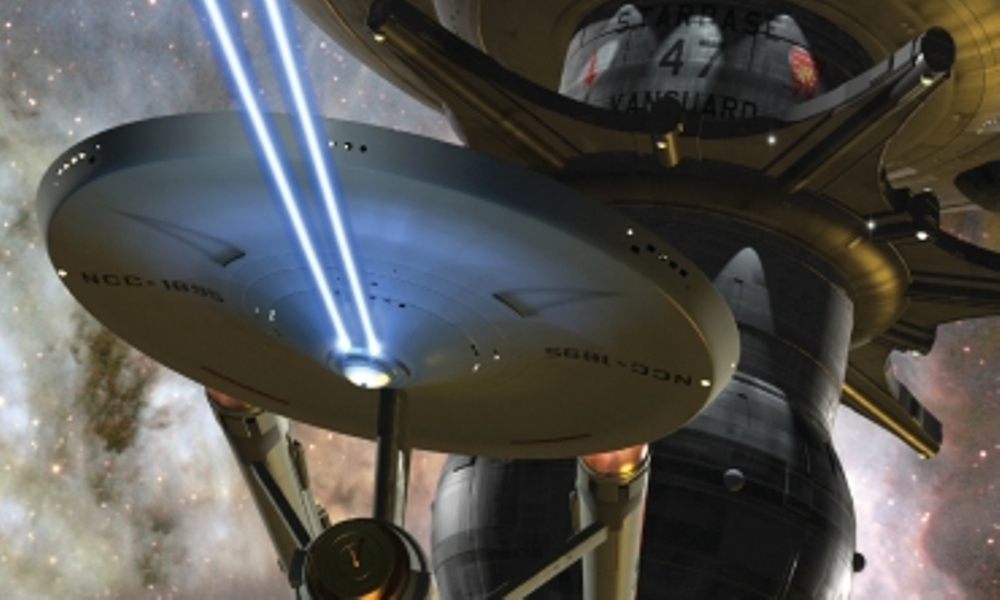 Open Secrets, written by Dayton Ward, is the fourth book in the TOS-era Vanguard series. After Diego Reyes being relieved of command for his decision to help journalist Tim Pennington bring the secrets of the Taurus Reach into the news, Admiral Heihachiro Nogura takes over the task of managing Starbase 47. With ever-growing tensions between the Federation and the Klingon Empire, the sudden resurfacing of an old enemy and the defection of a Tholian to the Federation, his hands are full, and when one of his leading scientist is captured by Klingons, the situation seems to only get worse. At the same time, his predecessor faces his court-martial and sentence, but before he even can start to pay for his deeds he meets a wholly different fate…

Open Secrets is a very enjoyable book. Despite all the events of Reap the Whirlwind changing the status quo in the Taurus Reach – with Reyes being put into the brig, T’Prynn lying in a coma and the secrets of the Vanguard operation out in the open – Dayton Ward was able to seamlessly continue the narration without anything feeling forced or contrived. Nogura is an interesting replacement for Reyes, and while his appearance seems like a continuity nod, it is a really well done one and actually makes sense. If I’m remembering correctly, all his previous mentions and appearances in Trek have him already in a kind of “godfather” role inside Starfleet, so it is interesting to see him just as a “normal” admiral, and if done right over the course of his role in the series can actually give readers an extra appreciation when rereading older novels featuring the character.

The “weaker” part – and I use this term very loosely here – is the part with Pennington, M’Benga, and T’Prynn. I have to admit I never was a big fan of the Pennington character, and that hasn’t changed with this novel; I understand that he is a vital part of the narrative, but he just doesn’t click with me, so he’s the main reason I liked this part of the novels less than the Taurus Reach-related parts. But like I suggested earlier, liking it less doesn’t mean it’s bad, since especially the scenes “in” T’Prynn’s mind are strong and it’s nice to learn some more background about her during M’Benga’s and Pennington’s stay on Vulcan.

Maybe with the exception of Pennington (see above) and Sereb, all characterisations are good to very good. I especially liked Xiong’s scenes while captured and Reyes’ reactions during his trial. But even characters like Ganz and his henchman Zett, who only get limited “screen time” are able to shine in the scenes they get. As I mentioned above, I’m not quite happy with Sereb’s portrayal – he’s built up as some kind of super-lawyer, but in the end he remains pretty pale and one-dimensional. The character fulfils his role, but is not really standing out. Despite my misgivings about the two characters of Pennington and Sereb, the characterisation certainly is one of the biggest strengths of Open Secrets.

Overall, a very interesting continuation of the Vanguard saga, and with several loose ends at the end of the novel, it’s certainly a book which whets the appetite for more, while still being able to stand very well on its own.

Open Secrets (by Dayton Ward) was released by Pocket Books in May 2009.