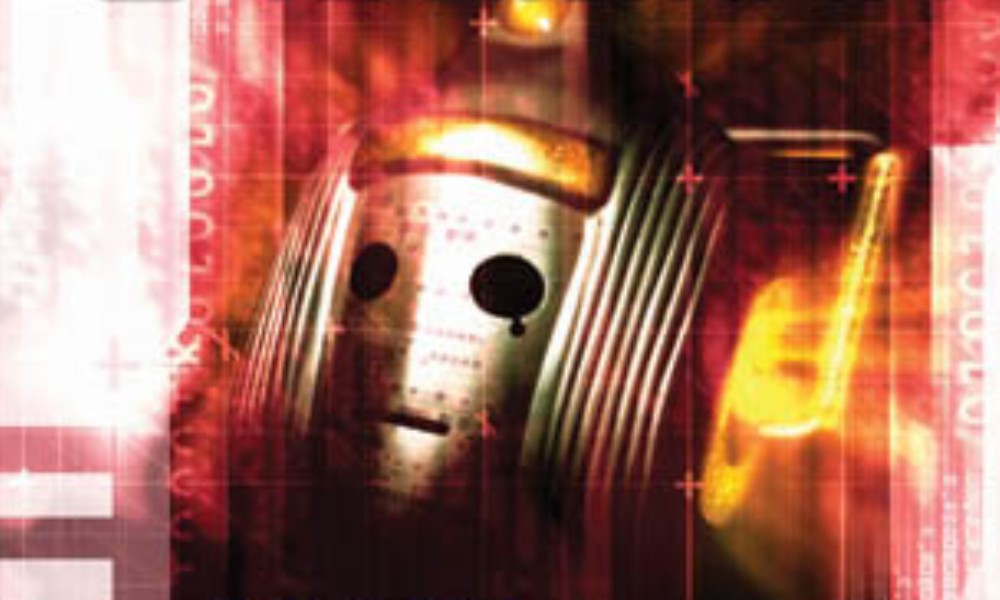 To my surprise, Fear, the second instalment of Nicholas Briggs’s Cyberman series, didn’t open up with a continuation of the first instalment’s cliffhanger ending, but rather focussed in on the character of Samantha Thorne, who had appeared in only one scene in Scorpius as Paul Hunt’s discarded lover. I’d been disappointed that she’d gone unused in the rest of that story, but I hadn’t anticipated her return in this – and certainly not in the capacity it was undertaken!

But though Fear does not focus on Karen Brett directly, its protagonist is not Thorne either; the central character here is Liam Barnaby, formerly captain of Admiral Karen Brett’s flagship, now commander-in-chief of the Earth Alliance’s military forces.  But he’s been separated from his former friend and confidante; Karen Brett is now working very very closely with the mysterious Paul Hunt and becoming almost a figurehead for the Earth Alliance rather than actually conducting the war effort. And despite being commander-in-chief, more and more seems to be happening that is somehow not under Barnaby’s purview.

Barnaby’s efforts to figure out just what is going on form the basis of Fear’s plot, as he grows increasingly isolated and paranoid – but justifiably so, given the machinations of Paul Hunt, whose plan seems to be unfolding, unstoppable. Whoever plays Barnaby is quite good – I took an instant like to him in Scorpius, and I continued to enjoy his performance here. His fear, anger, confusion, and determination are all very well-portrayed. He ably blends two separate reactions to what’s going on – he’s obviously worried because the war effort is falling out from under his control, but he’s also probably just jealous on some level; Hunt has usurped the relationship he once had with Brett. His performance is aided by a nice narrative device Briggs uses here (as well as in Scorpius): the characters will occasionally directly address the listener in the present tense, explaining their thoughts and feelings. It could be too expositional, but Briggs writes the sequences well, keeping them brief and communicative; Barnaby acts his quite well, too – they feel like thoughts, not narration, and that’s as it should be.

Eventually Barnaby is joined by Thorne, and that’s where things get really interesting. Though I think Barnaby was depicted as a little too dense and slow in figuring out what’s going on, the relationship they’re forced to strike up is interesting and well-played by both actors. And that final cliffhanger… definitely the most chilling use of this particular Cyberman trope I’ve ever heard. Fantastic.

Fear also continues the high level of production values set by Scorpius: Briggs’s music, direction, and sound-design are all pitch-perfect. And the rest of the cast is good, too, especially Barnaby Edwards as the menacing Paul Hunt, though Brett doesn’t get much to do here. The story seems to be unfolding quite nicely, and though I enjoyed Scorpius, Fear has left me hooked. I can’t wait to find out what happens next in the saga of Cyberman.

Fear (by Nicholas Briggs) was released by Big Finish Productions in October 2005.