Doctor Who: The Kingmaker review 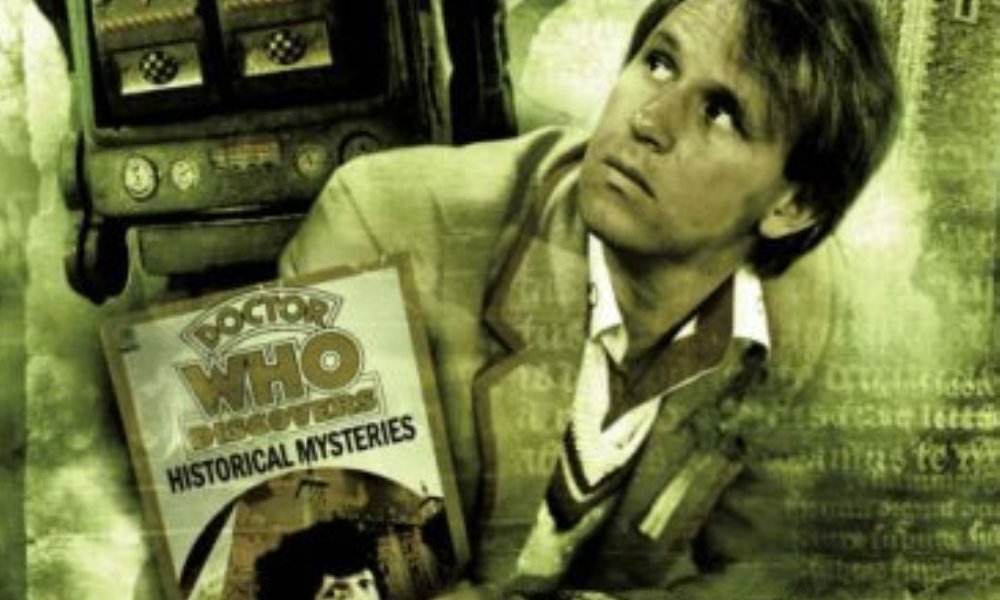 One of Big Finish’s ten best according to Doctor Who Magazine, and my personal top favourite, The Kingmaker is an irreverent and thorough roasting of history, publishing, theatre (especially Shakespeare), and Doctor Who itself.

It starts when Peri and audio companion Erimem go to see the disastrous opening night of Richard III, a play so new “the fruit’s barely dry on the theatre critics yet”. Meanwhile, back at the TARDIS, the Doctor has been chased down by a laser-cannon-wielding publishing robot from the future here to force him to finish the overdue Doctor Who Discovers series. (It’s a real-life set of books cancelled in the 1970s due to poor sales, whose title is going to take some particularly deft handwaving from the Doctor.)

Erimem’s curiosity about the real history (the play was permanently interrupted when the actor playing Richard threw his hump into the wings and power-dived on the groundlings) and his need to complete Doctor Who Discovers History’s Mysteries lead the Doctor to set a course for “half past 1485” to find out the true fate of the princes in the tower. Leaving to gather information at the Kingmaker pub (“I love murder mystery weekends, don’t you?”) the Doctor warns his companions not to be late joining him. But late won’t be a problem. While the women are changing into appropriate clothing, the TARDIS moves almost two years backwards in time.

For all the laughs, however, this isn’t a completely silly story. The 1480s were a brutal, bloody time, especially for two women on their own. The culture clashes come from within as well; as a former pharaoh, Erimem has a much different viewpoint than Peri’s when it comes to matters of history, royalty, life, and death.

Some listeners may be thrown off by the modern idiom used throughout; others may be disconcerted by the fact that Stephen Beckett’s Richard sounds like Christopher Eccleston. Neither should keep you from hearing this delight. Kingmaker is a surprisingly intricate story with several plot twists that are unexpected, effective, and very, very twisted. With just enough tension to keep it from being too cute or too sweet, it is still stuffed with as many references, parodies, and in-jokes as possible. They’re the right kind of in-jokes too – where someone who doesn’t know the reference will still be amused, while someone who is more familiar with Shakespearean canon and Whovian trivia will get the full depth.

Big Finish has done a lot of lighthearted adventures, but The Kingmaker is the best of the lot. An absolute must-listen for classic Who fans and Shakespeare buffs alike.