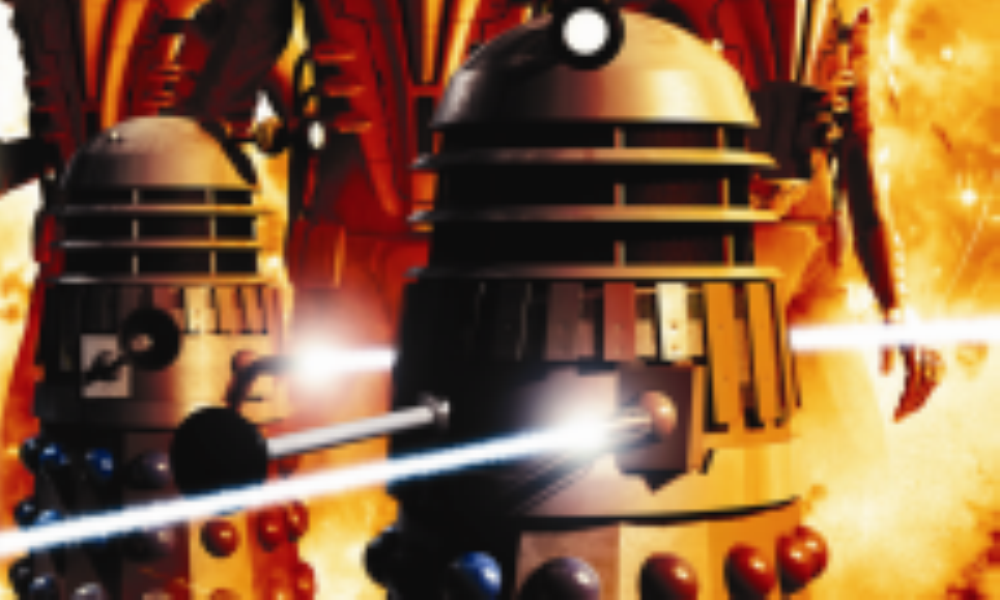 At long last, the wait for Charley Pollard’s arc with the Sixth Doctor to be resolved is over… or is it?

Nick Briggs scores a trifecta with the first of three stories bringing Charley’s time with Big Finish to an end: writing, directing, and playing the voice of the Daleks in Patient Zero. The story picks up where The Raincloud Man left off, as the Sixth Doctor confronts Charley about her true identity and motives. Almost predictably, circumstances intervene, and before you know it, the Doctor is off on a race to save Charley’s life from a lethal virus.

In addition to Charley’s arc, Patient Zero begins to address the long-simmering Viyran storyline, which has woven its way through several one-parters over the past two years. Add a mysterious hitchhiker in the TARDIS and a Dalek time travel squad hell-bent on using a nasty virus to aid them in their quest to conquer the universe, and, well, you’ve got a lot going on, to put it mildly.

In addition to the two regulars and Nick Briggs, there are only two other actors. The very talented Michael Maloney brings life to the 800 individuals making up the bizarre group creature called Fratalin, who guards the installation containing the warehoused viruses. The character is a great example of something that wouldn’t work at all on television, but works brilliantly on audio, and Maloney does a fantastic job of playing many people who are all essentially the same person – and yet, not.

The other guest actor is Jess Robinson, playing Mila, the TARDIS hitchhiker with a strange connection to Charley. Mila is obviously completely bonkers; understandably so, given her history. Jess Robinson’s character is alternately chilling and sympathetic during the story – there is a truly disturbing edge to her portrayal, at times.

Of course, Colin Baker and India Fisher never disappoint, and this is no exception. It’s quite amazing, when you think about it, that the pair continue to have such obvious passion and energy for the roles after all these years; yet how lucky for the listener that they do.

Patient Zero is a well-crafted story, albeit one which requires the listener’s full attention. Their are at least two twists that may cause whiplash if you’re not strapped in, and (if you’ll forgive the phrase) a fair amount of timey-wimey-ness flying around, particularly near the end. Fair warning: the audio does end on a cliffhanger, though this is easier to swallow when the next instalment is scheduled to arrive in one month, as opposed to eight (as was the case with The Raincloud Man).

Whether the trilogy comprising Charley’s swan song will achieve “classic” status remains to be seen, but Patient Zero is definitely leaving the door open to making the series a must-have.

Certainly, if you’re a Charley fan, a Sixth Doctor fan, or a Dalek fan, you don’t want to miss this story.