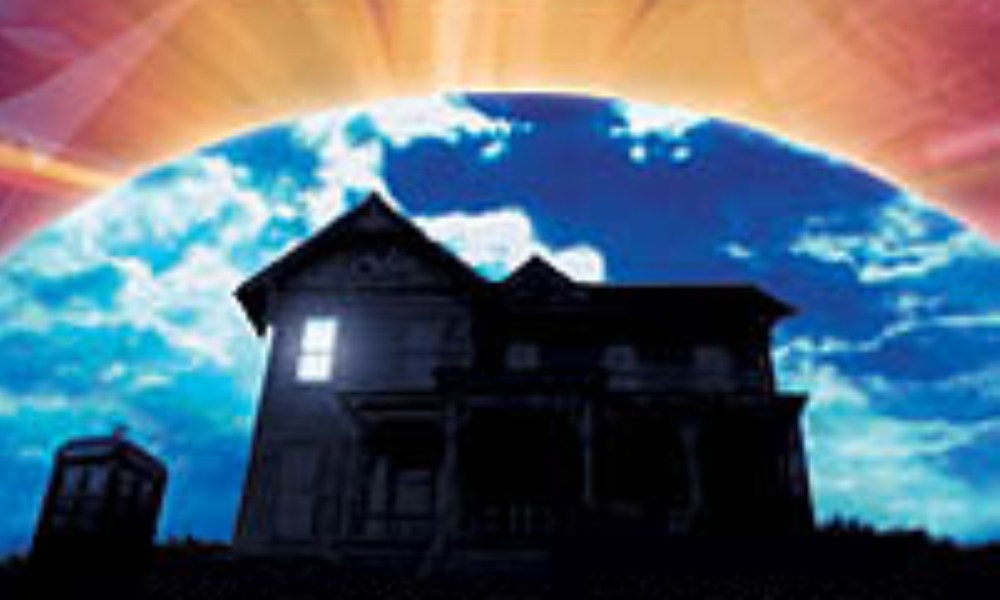 Over the noises of a parade comes the sound of a gun being quietly cocked – and the voice of the Doctor, who wants to tell a story while the assassin waits for his shot. It’s the story of an old man in an old house waiting for his old friends to arrive for his birthday party. Everyone involved is a good person – Jacqueline Schaffer runs a hostel for the homeless, her husband Victor is investigating the series of Ripper-style murders in town, and the host John Smith, who despite his deformities and his amnesia, has been the town’s best surgeon since his discovery ten years earlier.

Never plan for fun times in a haunted house. The mansion has been cursed ever since it was the site of a murder-rape and the retaliatory mass murder – even the servants paid with their lives for the crimes of their master. So as the thunder ushers in the classic dark and stormy night, the party mood goes south. Jacqueline snaps at her husband when she isn’t jealously bullying the maid. Victor is obsessed with the crimes he is investigating. Gloating voices echo down the corridors, promising “If you can hear me, you’re going to die”. There’s even a ouija game, but at first it seems as if the only spirit it conjures up in a mysterious stranger needing shelter from the storm.

As long as it remains focussed on the house party, Master is the perfect horror story. Doctor Who is often at its best with a gothic storyline, and this has all the classic elements. The problem is, it doesn’t remain focussed on the party. The second episode is almost entirely dedicated to a discussion of the nature of good and evil between the new patient and Doctor Smith. This advances the story’s philosophy and telegraphs a few plot points, but it’s hardly terrifying, being more scholarly than action-packed – and the telegraphing is so unsubtle that it’s less foreshadowing than outright spoiler. And that’s not taking into account the frame story of the parade and the assassin.

Doctor Who Magazine has selected Master as one of Big Finish’s ten best stories. However, it’s a controversial choice. It’s set in the awkward shift of the Seventh Doctor from clown to mastermind. Major portions of the plot, such as how Doctor Smith arrived at this life, the true nature of people, and how the assassin gets into it are all extremely convoluted. Like some of Sylvester McCoy’s aired shows (Ghost Light in particular), you’re either going to like all the complexities or you’re going to think it’s ultimately incoherent.  Personally, I think the latter.