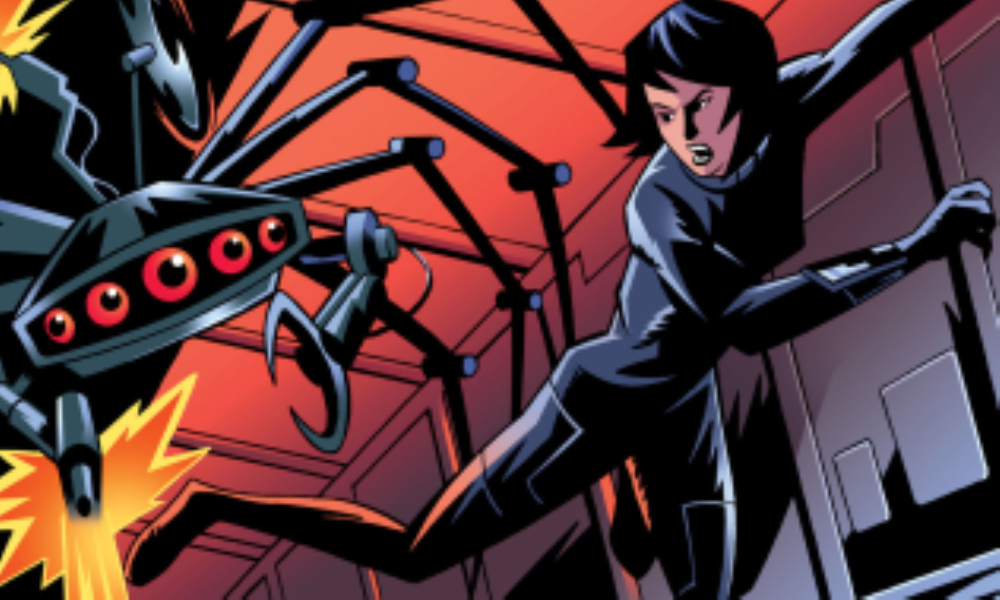 Professor Bernice Summerfield’s tenth season of adventures starts out at a cracking pace. After the brief interlude away from the Collection in Season Nine, Benny is heading back into the thick of things – and ready to take on Braxiatel. She’s had enough of running, and with the help of some old friends, she thinks they just may be able to outsmart the genocidal maniac himself. Of course, when Braxiatel is concerned, nothing is ever quite as simple as it seems.

Glory Days doesn’t waste much time on the traumas its cast – which includes the returning Bev Tarrant – have all suffered by Brax’s hands. After all, they have a plan to implement, a bank to infiltrate, and a secret vault to loot. This adventure is set at a cracking pace. It’s all a bit Ocean’s Eleven or Leverage: witty banter, impossibly risky plans, and of course, oh, yes, the security.

How exactly is Benny supposed to concentrate on her new life of crime when her archenemy (former employer, former friend) is watching her every move?  As if that wasn’t enough, her time ring is malfunctioning (again) and she’s having flashbacks. And, in the best tradition of heist movies, it just gets worse from there.

Glory Days is a nice transition between the themes in Seasons Eight and Nine. It’s much less arc-heavy than Season Eight, but isn’t a stand-alone audio like much of Season Nine. The strengths of the former season are back in force: a team dynamic, an ongoing mission, and the return of popular characters, but unlike that season, it’s not all darkness. Yes, there’s deadly danger, but the story doesn’t take itself too seriously.

Nick Wallace’s second play for the Bernice Summerfield range is just as strong as his first (The Judas Gift). The characterisation is deft, and manages to reunite the characters, avoid melodrama, and tell an engaging story. The only lingering question I have is this: why hasn’t Big Finish commissioned more scripts from Nick Wallace?