Doctor Who: The Rising Night review 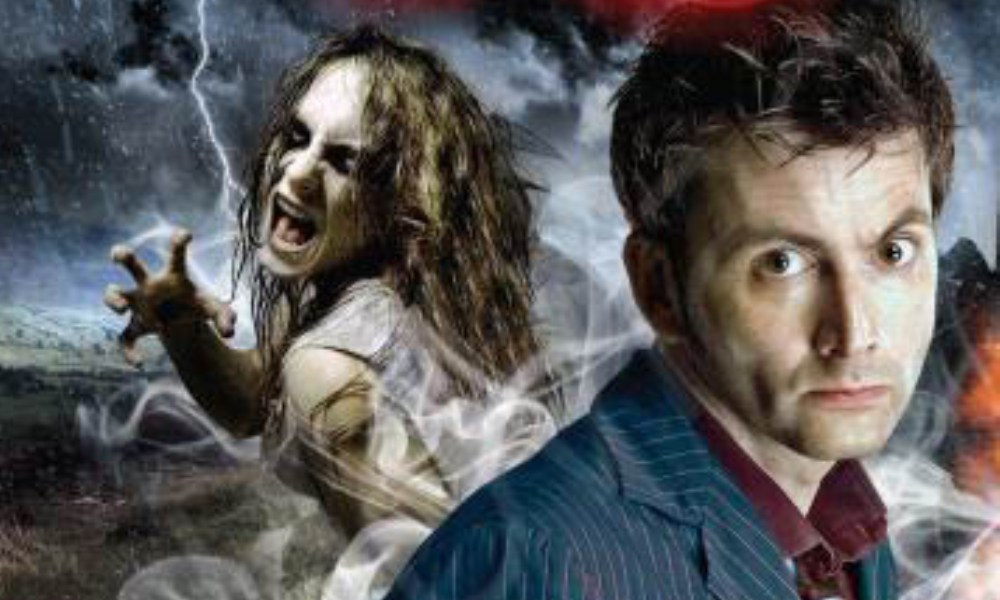 When you live in the Doctor Who universe, it’s never wise to disturb ancient things with strange names. It’s never just a harmless old well or house or hill, as Harry Winter finds out when he scavenges rocks from the ancient pile named Lucifer’s Tombstone. All he’d intended to do was repair a wall. What he managed to do was become the first victim, as what had been trapped inside for centuries claws its way free…

The Rising Night is a literal darkness, shutting off the town of Thornton Rising for weeks on end. No light gets in. No-one gets in – until the strange man in the blue box suddenly appeared. Many of the men are convinced he is a demon, the reason why they’re locked in darkness, why the women are disappearing, why the animals and men are being ripped apart and drained of blood. But Charity, one of the few women left in the village, is convinced that this Doctor just might be an angel, especially when he offers to save their lives and bring back the sun… but will anyone be left alive by sunrise?

This story is read by Michelle Ryan, the actress who played one-shot companion Lady Christina in Planet of the Dead. It appears to be her first time recording an audiobook and she throws herself into it with gusto, not only doing a fairly decent David Tennant impression, but creating a wealth of eighteenth century Yorkshire villagers and a villain that drips sex appeal and menace through your speakers.

Writer Scott Handcock (who has written a few Who tie-ins, most recently The Magician’s Oath) has produced a competent, complete story here with liberal lashings of horror, some nice shoutouts to the TV show (including a Donna mention), and the introduction of an interesting new short-term companion in Charity.

The Rising Night (by Scott Handcock; read by Michelle Ryan) was released by BBC Audio in July 2009.