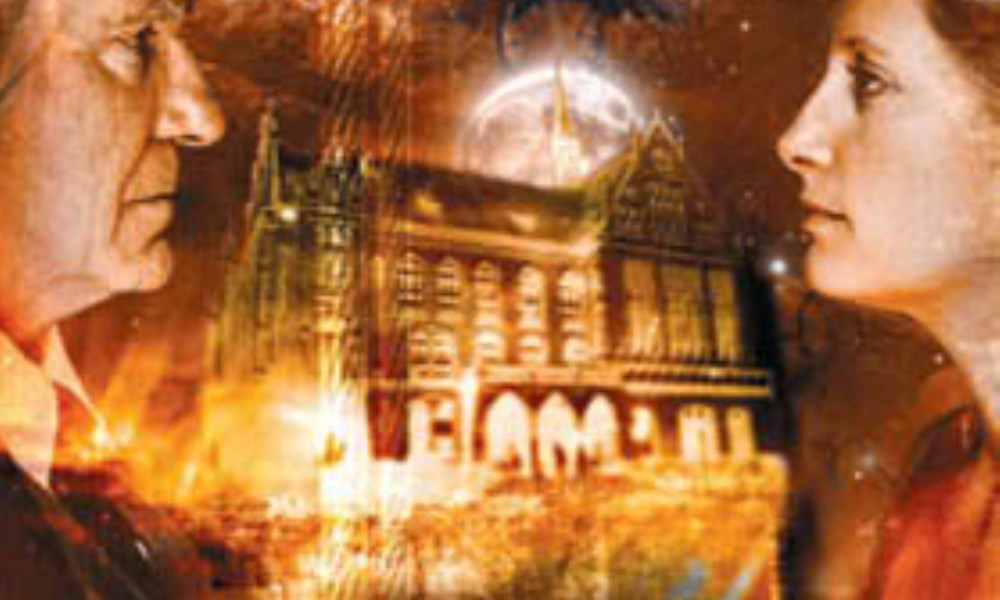 Ever have the feeling that an old school building has been soaking up all the hopes, fears, and childhood traumas of generations of students? This school is on the verge of its centennial celebration, and it has reached saturation – what it contains is leaking back out.

Entire classes disappear, only to reappear elsewhere. Whispers are heard in empty corridors. Sapphire can feel multiple minds trapped in the bricks, minds without filters or perspective. She reaches out to them – so she is the first to be overwhelmed, dialled back to an age where all she wants to do is finger paint. The teachers are the next to go. One becomes obsessed with making a statement, preferably with a huge explosion. One of them becomes obsessed with the purity of the students… and the need to beat the taint of puberty out of that silly new girl, Sapphire. Steel holds out as long as he can, but slowly he regresses as well. With everyone subsumed into the school’s mass mind, who can contain the breakout? What was the cause in the first place? The answers make for a nice twist ending.

This is one of the more brutal stories. Sapphire is a bit of a punching bag; if it isn’t one of the teachers punishing an unruly pupil, it’s Steel unapologetically smacking her back to her senses. (On the other hand, Sapphire also gets an unusual amount of romance as well. It had been a school full of randy teenagers, after all.) There are also events that are never described so much as simply punctuated with gruesome, squelchy, suggestive sound effects. (Rather a lot of those; towards the end Guerrier is obviously going for the gross-out.)

On the lighter side, Harker and Warner seem to be relishing their return to childhood. One of Warner’s greatest strengths is his ability to give complete gravitas to whatever lines he delivers. It’s stood him in good stead in several clunkers in his movie career and now it lets a 65-year-old man pull off acting like a 12-year-old with surprising conviction. Listening to Sapphire and Steel exchange schoolyard insults is worth the price of admission. (It even opens a small window on the lives of the rest of the operatives; the only others that Sapphire and Steel know well enough to tattle about.)

The contrasting violence and humour and the twisting plot make for a gripping story. (A side note, however: anyone listening to the audios out of order should be aware that the first CD has an extra feature discussing – and spoiling – the Season One audio Daisy Chain.)