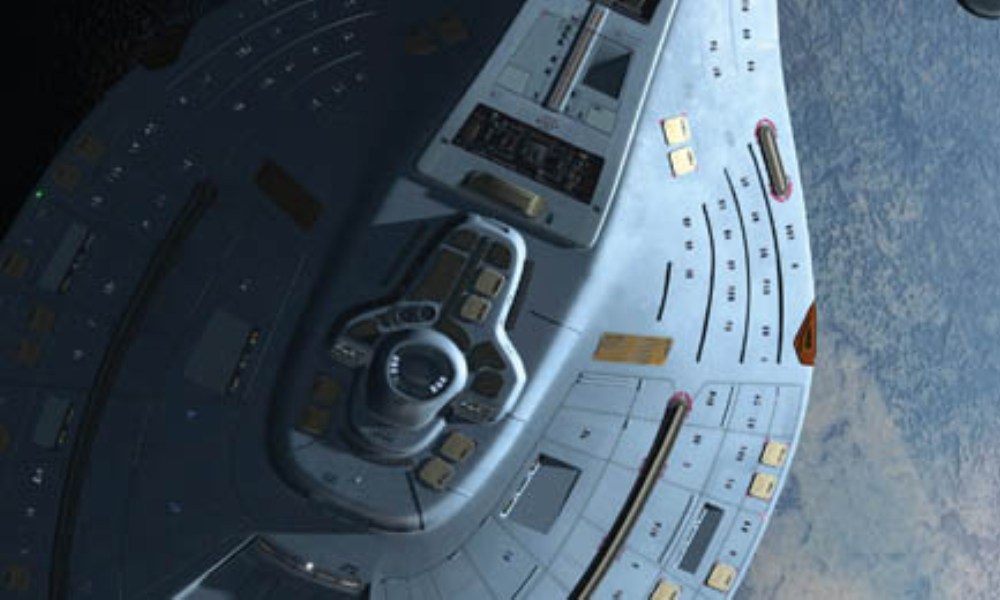 Full Circle by Kirsten Beyer is the first novel continuing the Voyager crew’s post-Endgame adventures since Christie Golden’s 2004 Sprit Walk duology. When B’Elanna’s daughter Miral is abducted from the monastery on Boreth, she teams up with the Kahless clone and a strange Klingon splinter group to get her back. But only when she reunites with her old crewmates does she really gets the chance to do so. After he already has to deal with the loss of his lover, Chakotay has to face the possibility that he also loses his ship. Will he stay captain of Voyager, and more importantly, what has Starfleet got in store for the ship?

Full Circle is definitely a step up for the series, especially after Golden’s sub-par Spirit Walk duology. The novel pretty much is divided into two parts, one where Beyer focusses a lot on the Miral storyline and which serves a bit as a last hurrah for the “old” Voyager crew, and one where she deals with the aftermath of Before Dishonor and moves the line into a new direction. In the first part, much of the focus is on B’Elanna and Klingons in general, and I have to say I really enjoyed it. B’Elanna is one of the few of Voyager’s crew that I always liked and she gets some well deserved screen time here, and her character is pretty much nailed by Beyer 100%. The rest of the characterisations in this part are good, too, which together with an interesting plot actually makes the pre-“Dead Janeway” part of this novel the stronger half by a relatively wide margin in my opinion.

The part set after the loss of Janeway is kind of a mixed experience for me. On the one hand it has some interesting developments, but on the other hand some of the character development doesn’t really work for me. The strange thing is that this is probably is a result of too much character work, especially for Chakotay. I’m having a hard time to match up the multi-layered character here with the cardboard cut-out I was presented with for seven years on screen and many of the books. Sometimes he feels like a totally different character than the one I knew. I guess you can’t really blame Kirsten Beyer for that, but maybe she could have developed him a bit slower. As a big Seven fan, I’m not sure I like where her story line is leading, since I actually liked her in a more Borg-ish mode. The new characters introduced by the author have potential, but so far I’m not fully convinced by any of them.

Having Voyager return to the Delta Quadrant is a logical choice I guess, since their experience with that region is the only thing really unique to them, and if they had stayed in the Alpha Quadrant there would have been a chance that the series would have become little more than an afterthought. And making Voyager part of a fleet is a good decision, too, in my opinion, since that way it will be easier to keep the series fresh when the authors have the chance to switch between different ships and characters without having to lose the overall focus of the series.

Overall Full Circle is a decent novel, and a positive surprise for me personally, since I didn’t really like Kirsten Beyer’s previous outing very much and found the previous Voyager post-finale stuff lacking, too. I’m not 100% sure yet what my expectations for the follow-up Unworthy are, but Kirsten Beyer was able to salvage the line of post-Endgame Voyager fiction for now.

Full Circle (by Kirsten Beyer) was released by Pocket Books in April 2009.